So, a pal calls me and gives me a bit of the red ass for my interview with Robert Swan Mueller III — “Say something serious,” he says. “It is a very important thing.”

I have written a bit, but not much on the entire Russian Collusion escapade. Punch in “Mueller” in the search box to the right of this post and you can read those posts.

So, in response to my pal, I will offer the following observations.

OK, so I tipped my hand a bit, didn’t I? But I have a serious observation or two.

END_OF_DOCUMENT_TOKEN_TO_BE_REPLACED

OK, yesterday the Big Red Car posted an exclusive interview with the Speaker of the House of Representatives Nancy Patricia D’Alesandro Pelosi. You can read it here.

A reader of the female, legal persuasion wrote me a scathing email — I am still blushing at her language, but a blush on a Big Red Car is hard to detect — in which she doubted whether, in fact, the Big Red Car had spoken directly to Madame Speaker.

“You are a bald faced liar,” were her exact words. It is hard to quote a sentence from her email without exposing y’all to profanity. She called me a “rust bucket” which is, unfortunately, true.

END_OF_DOCUMENT_TOKEN_TO_BE_REPLACED

Big Red Car here with a belly full of tacos from Taco Deli — where one goes to get breakfast tacos on a Saturday morning in the ATX. Hard to make the transition to sarin, but here goes.

So, the Syrian butcher, Bashar al Assad used sarin gas against civilians and killed men, women, and children — babies. He is a ruthless, heartless butcher who makes war against civilians and has now killed 500,000 of his countrymen as well as displacing 6,000,000 persons internally and 5,000,000 refugees.

He is a bastard and he is the manifestation of evil on earth. How does the world tolerate such a butcher?

He is allied with Russia, Iran, and Hezbollah. The Chinese have spoken out in his favor, also.

When he used sarin previously, President Obama threatened him with retaliation — the Red Line Threat. Of course, when it became apparent he used it again, in 2013, President Obama went to the US Congress pretending to seek authority to retaliate.

President Obama did nothing and from that nothingness the sarin attack of last week was born. Look at the picture below and know these babies are dead because of the ineffectiveness, incompetence, and fecklessness of President Obama. 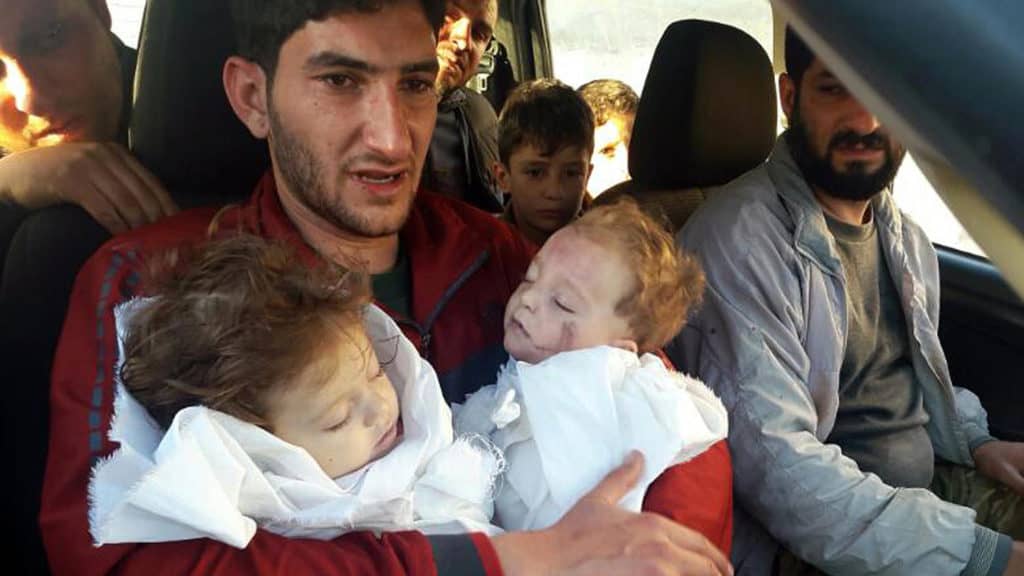 April 4, 2017: Abdul-Hamid Alyousef, 29, holds his twin babies who were killed during a suspected chemical weapons attack, in Khan Sheikhoun in the northern province of Idlib, Syria. [Chicago Tribune picture]

Big Red Car here, y’all. So the first game in the NCAA Basketball Tournament is on tap for Thursday, 16 March 2017 — said the basketball junkie posing as a Big Red Car.

But, what I want to talk about is way more important than our annual fix of basketball (which is important as Hell, don’t get me wrong).

What I want to talk about is this: President Trump has not held a public event to fill out his bracket!

As you know, his predecessor, President Obama, was a huge bracket filler-outer (seems a bit awkward, but go with me). 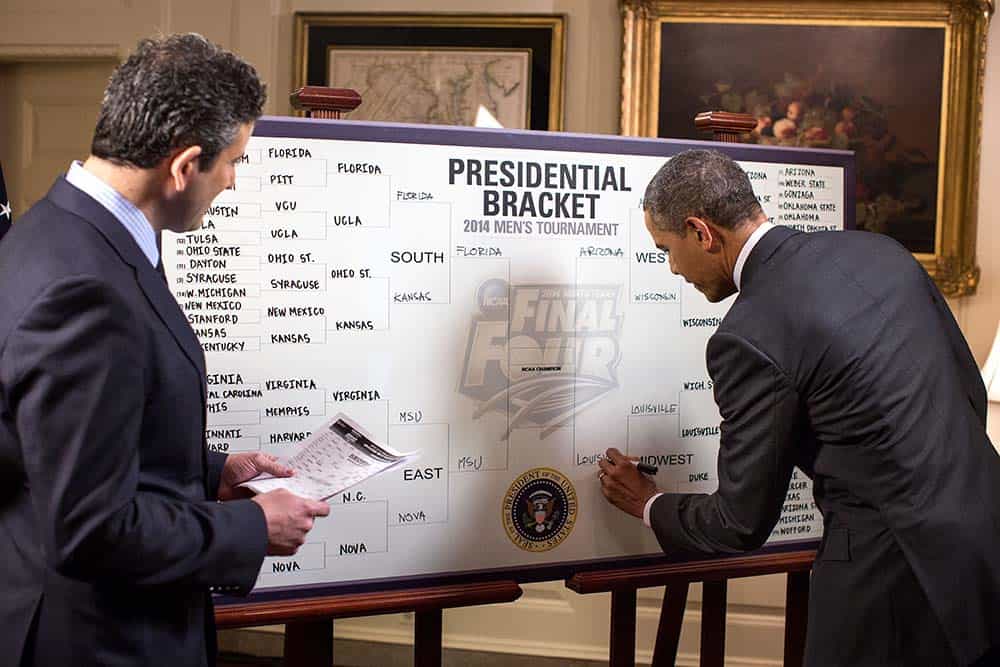 President Obama billing out the Official Presidential Bracket with ESPN’s Andy Katz. Nice Presidential seal and must have cost a lot of YOUR money.

So, I called President Trump and tried to get to the bottom of things. He graciously gave me permission to quote directly from his comments (provided by the NSA and CIA who are conveniently tapping his phones currently).

END_OF_DOCUMENT_TOKEN_TO_BE_REPLACED

Big Red Car here on a serious note — the probability of making a workable deal with Iran to eliminate their relentless march to a nuclear bomb is zero.

The Obama administration is apoplectic about this fool’s errand and has now denuded themselves before the Iranians giving evidence of willingness to make any deal, literally, any deal to prevent themselves from being exposed as the boobs they are. [If you are confused as to the Big Red Car’s intentions — he thinks the Obama administration could not make a deal on their best day. They are way over their heads.] END_OF_DOCUMENT_TOKEN_TO_BE_REPLACED

Big Red Car here. Up early cause I got a bit day coming today. Brrr, 53F and only headed to 60F today. Oh well!

So the Louisiana runoffs have now been decided. The Republicans swept everything. No big surprise there. END_OF_DOCUMENT_TOKEN_TO_BE_REPLACED