So, the price of crude oil has cracked below $30/barrel thereby putting a little more money in y’all’s depleted pockets. A welcome change, no?

Likely the biggest tax cut — this is an analogy, it really isn’t a tax cut, sigh — you will ever see from this administration. 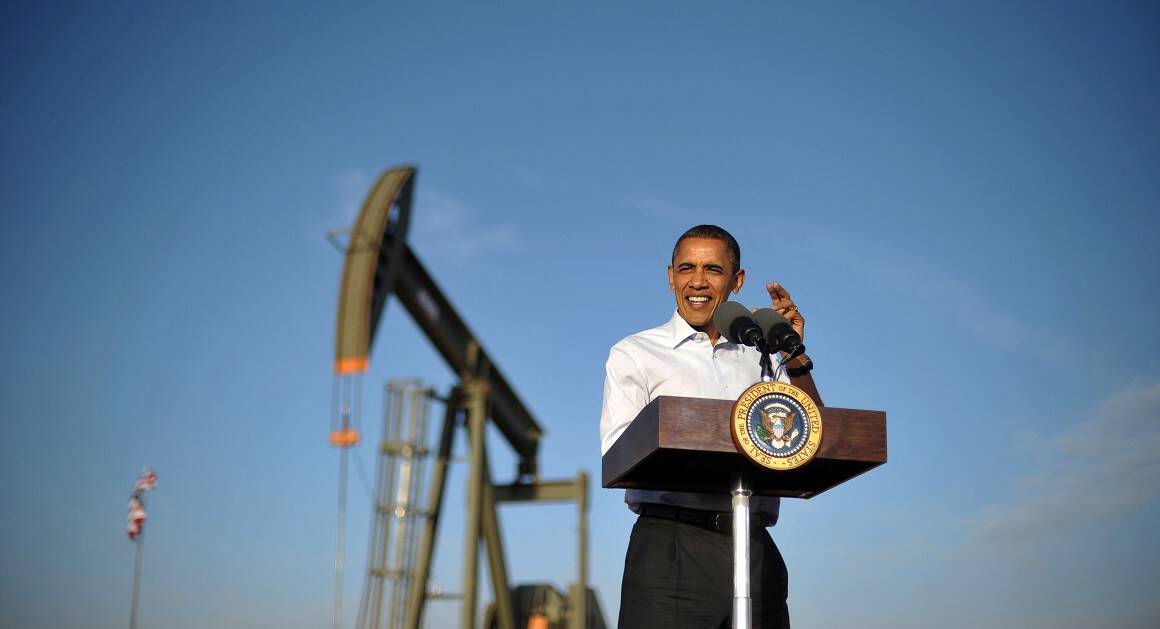 What does the President do? Our President? The Champion of the Little People? The guy fighting for all of us every day?

He proposes a tax to recover some of that lagniappe for his own purposes — because, of course, he knows better what to do with YOUR money than you do.

President Obama, noticing that there was a bit of good news on oil prices which translates to gasoline and heating fuel prices, decided to get his Grinch costume on and since it was close to Christmas, he slid down your chimney and left you a turd and a tax to yank those sugar plums right out from your pumpkin head.

He wants to use the money to fund some transportation issues like “green energy and transportation” projects. There was even a bit of mumbling about carbon footprints and global warming.

What does this teach us, Big Red Car?

The teaching point is this — this administration is not going to let you catch a break. Ever.

The second the sun shines in your direction, dear reader, they will tax it, they will throw some shade over you, and they will tell you to eat your peas cause they are selling peas.

This administration thinks that anything good that manages to wander your direction is because of them and they reserve the right to take the cherry off your banana split any time they want to and they’re going to tell you how good it is for you and how good they are to you.

[This in spite of all time record Federal revenues. Ever. And deficits, crushing deficits as far as the eye can see piling on even more than the $8 TRILLION that has been added to the national debt. Yes, this is Jabba the Taxing Hut, indeed.]

Watch and see if Hillary Clinton embraces this new tax program. See if a “candidate” is able to embrace it because it is not going to be popular amongst the folks who have to pay it.

“Let’s tax anything good,” sayeth the President and all Democrats.

Taxing anything good? The candidates? We shall see.

Is it really going to happen, Big Red Car?

Oh goodness, dear reader, it’s not going to happen. Come here, baby, let me hug that angst out of y’all. Hug it out.

Don’t get me wrong, the Republicans will find ways to screw you but not through the President’s budget submission. No, that won’t happen this time around but you will get a keen and clear insight into who is governing you and what they think of y’all. Very insightful, you taxing drones.

As an afterthought, if the President actually gets his dead-on-arrival bat shit crazy budget proposal to the Congress on time next week, it will the first and only time this administration has ever met its statutory requirement to submit a budget on time. It took eight tries to get one done on time and therein lies another useful insight.

Begin counting down the days until woeful incompetence goes for an extended vacay to Martha’s Vineyard or Hawaii. Yes, we will eventually be delivered from our national nightmare.

But, hey, what the Hell do I really know anyway? I’m just a Big Red Car. No taxes have ever been enacted or raised by a Big Red Car. Enjoy those low gas prices, y’all. Take an old convertible out for a spin and a burger. Have a great weekend cause you’ve earned it.

3 thoughts on “Taxing Anything Good — the Democrats or Just President Obama?”