Whilst you were quarantining and attending to the vicissitudes of life, the banking world was undergoing some incredible changes to its regulatory environment.

Last Thursday, the Federal Reserve, the Office of the Comptroller of the Currency and Federal Deposit Insurance Corp (and the US Securities and Exchange Commission in a tangential manner) agreed to changes to the Volcker Rule (part of the 2010 Dodd-Frank Act which laid down the law for banks and undue risk).

Believe it or not, the Federales are going to allow banks, commercial banks, to invest their own funds (meaning that balance in your checking account you never touch) in venture capital partnerships.

Yep, old Wells Fargo can send some money to your favorite venture fund and get into the highest risk business imaginable.

END_OF_DOCUMENT_TOKEN_TO_BE_REPLACED

I have been lying low for a few weeks, reading, drinking in the mood in the country, thinking, visiting a new granddaughter Eadie in Savannah, and reflecting on the state of things. I have enjoyed the time away, but it is time to return.

One of the disconnects I see in the world and in the United States, in particular, is the inability to understand the difference between racial differences and racism.

END_OF_DOCUMENT_TOKEN_TO_BE_REPLACED

America is the most forgiving country in the world. It is the best place on the planet to go bankrupt. Other countries doom you for life plus a year, whilst the USA lets you wipe out your debts and move on.

We Americans are a forgiving people in general. We believe in the second chance.

Right now, we are conducting a test.

Jeffrey Skilling was the CEO of Enron who went to jail for twelve years of a fourteen year sentence [originally sentenced to 24 years, it was reduced to 14, and he served 12 plus a $40MM fine] for a myriad of charges including securities fraud, insider trading, lying to auditors, and conspiracy while he lorded over Enron. 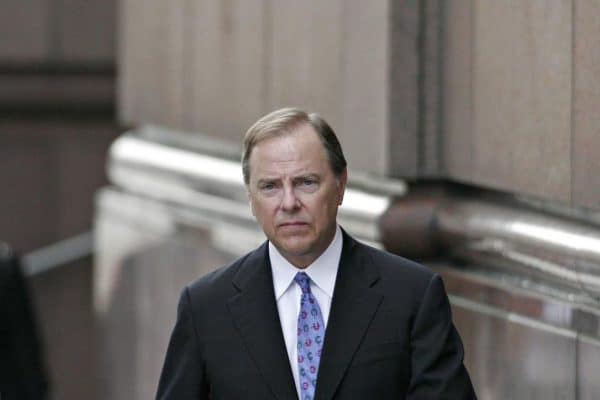 Jeffrey Skilling on his way to prison.