In the worst kept secret in the history of secrets, the world is pretending that the identity of Whistlebritches No 1 — Eric Ciamarella — is a secret.

In fact, he has been identified since the very beginning as exactly who anybody with any logic would have thought. Allow me to provide some background info:

Eric is a prep school and Yale grad who is a registered Democrat. He is an active Democrat and has been involved in assisting those engaged in oppo research during the 2016 Presidential election.

He works for the CIA and was detailed to the White House during the Obama admin wherein he worked for Susan Rice, National Security Adviser, and with Vice President Joe Biden and former CIA Director John Brennan.

As it turns out, 33-year-old Eric Ciamarella had something to do with the whole “Russian collusion” meme. More about that later.

He is a smart guy with extraordinary language skills: English, Russian, Ukrainian, and Arabic. This — Yale grad, great language skills — is exactly the kind of guy the CIA recruits to be analysts.

In the White House, he was on the Ukraine Desk — logical, right? Speaks the lingo.

In 2017, Eric was sent packing back to the CIA when his fingerprints were detected on a number of leaks to the media. He was already known as a man who was a huge Trump critic, a vocal opponent of the very policies he was employed to advance, and a leaker who had provided classified information to media outlets that resulted in negative stories that unfairly damaged the Trump administration.

He was pals with other NSC employees of a similar ilk — anti-Trump — one of whom, Sean Misko, now works for Adam Schiff, the Chairman of the House Intel Committee who provided aid, succor, and assistance to Eric when he brought them his whistle to be blown.

END_OF_DOCUMENT_TOKEN_TO_BE_REPLACED

I have a former client — full disclosure he is one of two clients I have ever fired. I fired him because he was not diligent in keeping our appointments.

He paid well. He was always apologetic. He always had an excuse. He was and is a very good CEO, the kind you enjoy working with because he does the work and he was a nice person. Hard worker.

A couple of years later, he wrote me a lovely letter apologizing for his behavior that I promised him I would burn.

Recently, he calls me and asks, “Can you give me some help? I’m trying to hire a CEO coach.”

I look at the phone, stifle a laugh, and say, “Absolutely.”

END_OF_DOCUMENT_TOKEN_TO_BE_REPLACED

We Work was symptomatic of venture capital funded companies that tiptoed to the public markets with no profits to feed the beast.

In the case of We Work, the market finally woke up and said, “Hey, you don’t even have a plan to become profitable. Get outta here.”

We Work was further punished for the behavior of its leader, the inimitable Adam Neumann, who was treated to a  hubris-crushing cure that resulted in his departure (though anybody who gets bought out with a more than a billion dollar send off will get no sympathy in the Big Red Car’s book, sorry).

What has now taken root is the quaint notion that companies — even before going to the beauty parlor to get primped for an IPO — are going to have to be within earshot of being profitable.

END_OF_DOCUMENT_TOKEN_TO_BE_REPLACED

It is cold in the ATX this morning — 48F, but it will be 62F this afternoon and 82F on Saturday. I may lay off the sunscreen today, but back on it on Saturday.

So, about a year and a half ago, I’m speaking with a recently exited CEO who is in that special place that drives the question, “What’s next? Is there a second act?”

Luckily for him, this question of a second actship (see what I did right there, made that word up) is not really a pressing issue as the financial outcome provides breathing room for a couple of centuries — maybe a millenium — at his current burn rate.

So, we get to discussing, “What did you really learn? What do you leave with other than money?”

We get into the discussion of ownership v stewardship.

END_OF_DOCUMENT_TOKEN_TO_BE_REPLACED

Nice day in the ATX, y’all. meaning everything is good in Texas except for the weather.

So, your Big Red Car is here with the hot, big news: Hillary Clinton is throwing her hat into the ring and the ring is not going to throw it back.

That’s right. Hillary is in it to win it. 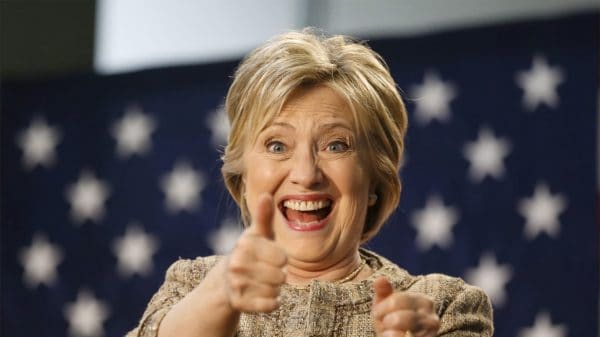 Fooled you once, shame on you. Fooled you twice shame on me. “I’m in, baby!”

END_OF_DOCUMENT_TOKEN_TO_BE_REPLACED

There are men who have never known freedom. It is not their fault, but nonetheless they have never seen it in its naked splendor or glory, never tasted its intoxicating headiness, never smelled its exhilarating scent, never felt it settle joyfully upon their expanding minds, never felt its bubbles tickling their their nose telling them whatever they want and work for can be theirs, or felt it enliven and embolden their hearts. Because they are not free men, their dreams are smaller more timid, their ambitions less lofty. When they make love, they are poorly equipped to enjoy its wonder, for they have never been free and thus they have never known boundless love.

They live in a cage and have surrendered their life force to the evil men who imprison them. Make no mistake, men who deny other men their freedom are in league with the Devil. They are evil. The idea that the enslaved might contest their condition or wrest their lives back from their gaolers is a thought that cannot form and survive in their minds. They do not have the nutrients to sustain it. They believe they are entitled to nothing more, because they know nothing of this “more.” They are not even men.

At the other extreme, there are men who have manufactured freedom, who have made it with their own hands, who have fought for it, bled for it, suffered for it. They have looked the price tag in the eye and said, “For freedom, I will pay that price, consider it cheap in the bargain at ten times that price. Show me to the fight, clear out, and let me get about what I am here to do.” These are the dangerous men who dream with their eyes open and do not wake to think it was all just a dream. They saw it and will have it.