Which brings me to the current COVID relief package.

You likely know the following:

Neither of these numbers is chopped liver.

3. There are substantial differences between those numbers as you well know. The differences have to do with funding things like states and cities that allowed themselves to sustain massive property damage by the ill-fated tactics by which they responded to rioters.

4. The Dems are trying to jam money in for Cheat By Mail voting programs. [I may have inadvertently revealed my animus toward the idea of the mail in ballot scheme, but ignore that for a second.]

The Dems also want to revise the Tax Code to provide tax relief in blue states pertinent to the deductability of property taxes for their rich donors. This, the Tax Code, of course, has nothing to do with COVID.

The Dems want to ban any requirement for voters to hold or present a valid ID on Election Day — again, not COVID relevant. The cynics amongst you may suggest this is just a different chapter in the Cheat By Mail treatise. It is the Cheat On Election Day chapter.

5. What is not happening — because there is no deal — is the US Congress is not doing anything to assist the real COVID economic victims. Nothing.

6. The Dems blame it on the Reps — never saw that coming — and say they are not willing to compromise.

7. The Reps blame it on the Dems and say they are funding pet liberal causes and using it to tamper with the election via Cheat By Mail.

The Reps throw about phrases like “unrelated radical liberal schemes” and “Trojan Horse legislation.” It adds color, but accomplishes nothing.

What does voter ID have to do with COVID, you ask? Nothing.

To your Big Red Car, it really doesn’t matter why we have no bill. As of Friday, everybody went home, threw a brick at their opponents, and the country is still not served.

Ahhh, now, we are at the heart of the matter. 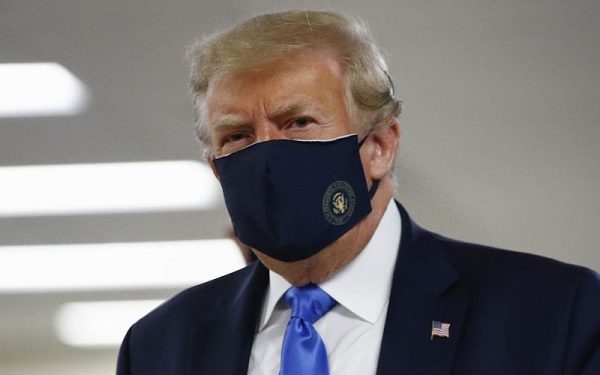 1. The Orange Man signed some Executive Orders — four in total — to accomplish the things the Reps wanted to see in the COVID Relief Bill.

These actions are justified by something called “Congressional intransigence” which loosely translates to “if the Congress can’t figure this out, I will.”

Allow a minor digression — this is one of the things I adore in a powerful leader, the willingness to push forward when the messy world doesn’t do its job. I like that in leaders.

I may from time-to-time nick the Old Boy for style points, notice a foot fault, criticize his diction, but I cannot find anything wrong with his balls. Speaker Pelosi thinks she has balls, but this guy really does.

2. The Executive Orders do things like extending unemployment periods and payments, forestalling evictions, forestalling foreclosures, student loan repayment freeze, and eliminating payroll taxes (the 7% monthly payments made by every worker and employer).

3. Speaker Pelosi and Senator Schumer raced to a microphone and screamed that the President does not possess this authority and that it is “Constitutionally sloppy.”

Ben Karen Sasse and Mitt Romney were not far behind, but, of course, they could have all just passed a fucking bill and saved us all this nonsense, right?

4. When asked if they might seek guidance from a court of competent jurisdiction, Speaker Pelosi and Senator Schumer deferred.

Why did they defer, Big Red Car?

Speaker Pelosi and Senator Schumer deferred going to court to sue the Trump admin because it would create “moral dilemma” meaning they would be suing to take money from the wallets and food from mouths of those who need it.

This is the tactical genius of Orange Man’s action which will turn out to be a winning maneuver. He has not shut up the opposition, but he has immobilized them. This is the final phase of fire and maneuver after you throw the hand grenades, but before you begin the bayonet work. 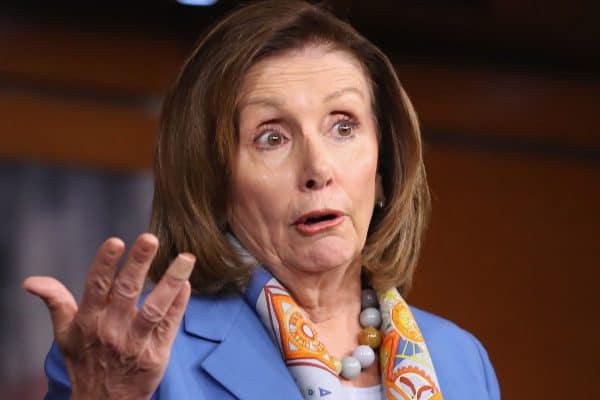 Speaker Pelosi did off handedly offer to drop her prize board by $1,000,000,000,000 if the Reps would raise their prize board by a similar amount. Nothing like legislative precision, no? Trillion here, trillion there — pretty soon you’re talking real money.

What Speaker Pelosi did not offer was to cut the slop, the pork, the Trojan Horse from her funding package. She still wants the Cheat By Mail program and all the other slop.

So, dear reader, this was a lesson in tactics. Orange Man carried the day because he knows even the Dems will not sue to overturn his Executive Orders and thereby punish the American people.

Are they Constitutionally sloppy? Yes. Of course they are. Congress is supposed to legislate and appropriate money, not the President.

Are they effective? Yes.

Did the Orange Man give the Crabby Wicked Witch of the West a lesson in tactics? Yes.

Want to  really be tested? Wait until you have to learn the “Company in the Attack” — 186 men, three platoons, and you are in charge. Good day.