I asked them to give me their thoughts on the following topics:

The thoughts have begun to trickle in and today we start with the views of a 36-year old Spanish entrepreneur, founder, and CEO of a software company with operations in the US and Switzerland (did I imagine that?). He is married to a German woman, an American educated electrical engineer, who is the Chairwoman of the Board of an almost century old manufacturing business with global operations. He was a client and she is a client. They have lovely children.

He has a very broad view of the world for the reasons noted.

Here is what he had to say:

Over the next 20 years he sees a world mostly at peace with few people advocating for Communism, and that we will “continue to enjoy the benefits from what I think is a 3rd industrial revolution around software and the Internet.”

He sees the Internet as a mechanism that “facilitates the distribution of information worldwide and is extremely important in spreading freedom, democracy, capitalism and ideas to get out of poverty.”

Over the next 20-50 years he is concerned about what he sees as a push for isolationism by the United States which reminds him of a pre-WWII environment with the Republican Party being the primary proponent.

He fears that the US will look “more and more like Europe regarding politics and public opinion” which taken to the extreme ends up making the US and Europe “nice retirement communities.” Clever turn of a phrase, made me laugh.

He fears a major war in his lifetime, perhaps a civil war.

As to the world’s biggest challenge?

Our Spanish respondent is suspicious of the intentions of Russia and China as they are ruled by dictators with special concern for China who he sees as the larger challenge.

In the next 100 – 500 years, he see colonies outside of Earth to shield us “from pandemics, nuclear wars, and other possible planetary extinction events.”

As to things I need to know:

He opines that in the course of history — “counted in centuries or even decades” — neither Trump nor Biden matter.

What does matter to him is the nature of the United States with special note of its system of government that has prevailed for almost 250 years. From Spain and in his travels he sees America as a special inspiration that must be protected.

That is the view from Spain from a clearly brilliant respondent. Thank you, amigo.

Why are you doing this, Big Red Car?

Ahh, we have an insular view of ourselves at times and particularly now. We are self-centered, engaged in internecine warfare, and generally feeling feisty.

But what does the world from afar think of us? It is important to know this because we are being fed a steady stream of homegrown interpretations.

Are these homegrown interpretations correct? Do we have the headspace to consider other voices? I think we do.

Maybe. Maybe not. You decide. More to come. Here is an informed, travel tested, brilliant view from Spain. 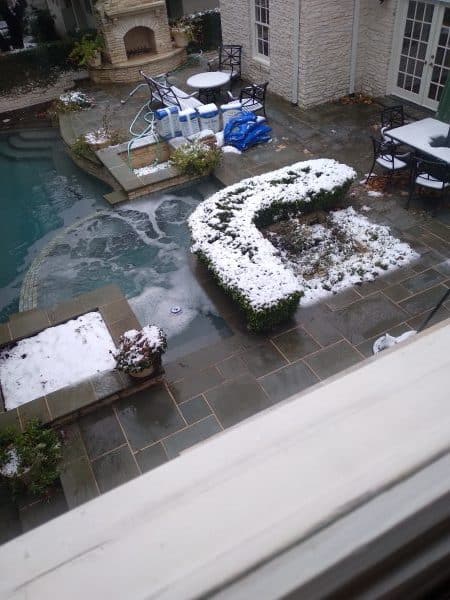 Just a week ago in ATX, it will be 76F and sunny today. Winter is Hell in Texas.

6 thoughts on “The View From Afar — Spain”