When a politician needs to counter some terrible narrative as it relates to behavior or policy what does he/she do?

They find some EXPERTS to pimp out to support their outrageous behavior or policy.

You will recall during the last days of the 2020 election, candidate Joe Biden was confronted by the allegation that a laptop owned by his son — in the possession of the FBI for a year and supposedly being “investigated” — was filled with damaging information.

Joe had famously asserted that he had had nothing to do with his nefarious son’s business dealings with amongst others, the sovereign nation of China. The information on the laptop showed this was a lie of gargantuan proportions and that not only was he actively involved, but he was the beneficiary of “10% for the Big Guy.”

The information on the laptop began to leak out and showed a drug crazed Hunter Biden engaged in various sorts of churlish and illegal behavior.

What did candidate Joe Biden do? He pimped some EXPERTS. You can read the contemporaneous article here:

Now, in a move that has been proven a lie and incredibly cynical candidate Joe Biden rounded up “50 former intelligence officials” who warned the naive, gullible, and callow American public that the laptop, the information on the laptop, and Joe’s balding forehead were “signs of a Russian disinformation operation.”

2. They hadn’t inspected any of the evidence, but they were EXPERTS and they opined without any evidence that it was clearly a “Russian disinformation operation.”

3. This declaration was what candidate Joe Biden wanted and being swamp pimp rats, the EXPERTS produced like trick circus animals.

The big problem turned out to be this: It was all a lie and there was no Russian involvement.

The FBI knew the truth of the matter because they’d been cooling the laptop out in their evidence room for a year. The FBI did not, of course, make any comment even though they knew the 50 intel EXPERTS were themselves engaged in a classic disinformation campaign.

Point of order — none of the EXPERTS, being swamp pimp rats, ever expressed regret or remorse for having lied to the American public. The MSM never outed these boobs and Joe Biden never acknowledged that he had perpetrated a fraud on the country.

Do NOT hold your breath waiting for any of that to happen, y’all.

Comes now the gargantuan spending plans by now President Joe Biden. It is a dicey program of trillions and trillions of $$$$$ of infrastructure and human infrastructure spending to accomplish laudable objectives like TREE EQUITY.

The Black Magic of Congressional Arithmetic

So, what does Joe Biden do? He pimps some Nobel Laureate economics professors – EXPERTS – to opine that the bills won’t be inflationary amongst other absurd, ivory tower assertions.

One of the EXPERTS trotted out to affirm the goodness of this massive spending order is a chap named Professor George Akerlof. I bet you’ve never heard of George. Have you?

George, the EXPERT, is married to Secretary of the Treasury Janet Yellen. Seems an unlikely coincidence, no. 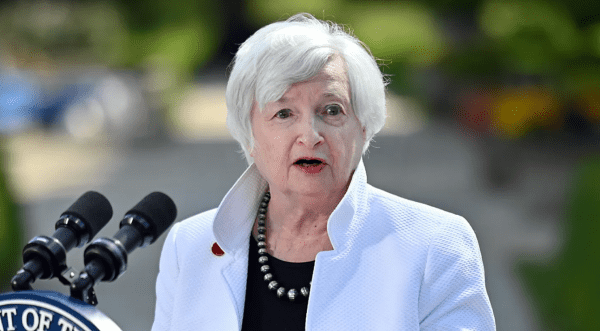 George is most famous for an article he wrote — “The Market for Lemons: Quality Uncertainty and the Market Mechanism” — and published in 1970 in the Quarterly Journal of Economics.

For his effort 51 years ago, George received a Nobel Memorial Prize (not quite the Big Enchilada Nobel Prize, but respectable).

George is a college professor who knows bupkis about the real world, the national economy, inflation, or how to change the oil in his car.

He is a stooge, an EXPERT trotted out for the benefit of the administration, the POTUS, and the Sec Treas (with whom he allegedly sleeps — yes, they are married). 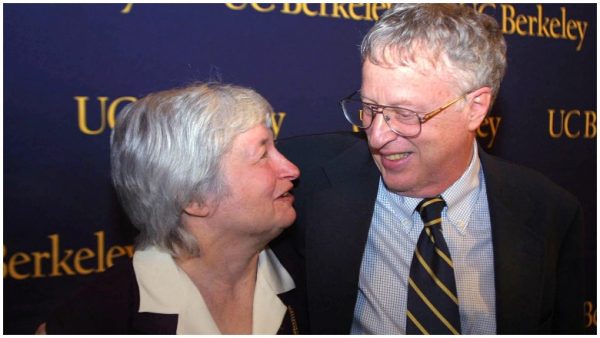 “Looking for a good time, sailor?” George and Janet yucking it up out in Berkeley.

George went on to author such exciting pieces of erudite economic genius as: “Looting: The Economic Underworld of Bankruptcy for Profit.” I swear to you I did not make that up. You can’t make this stuff up.

There is a phenomenon in the real world — meaning the part of the country outside Washington and the bi-coastal areas — that is called country wit. It is related to the uncommon common sense of motherhood and the wisdom of the crowd.

It is the art and skill of being able to detect the smell of manure on a freshening wind emanating from DC or the coasts.

It is The Force that elected a Republican Governor in the Commonwealth of Virginia and that turned southwest Virginia — yellow dog Dem coal country — into a 90% vote for the Republican.

Country wit says that when you spend more money than ever in the history of the country and when you enact the largest tax increase in history, you are going to have a shit show (technical economics term known to all Nobel Laureates and moms).

1. George Akerlof and his lemon industry expertise is the wrong guy to opine about what is going to happen to the US economy writ large. If anybody decides to barge into the lemon industry, George is your boy.

2. We are already in an inflationary spiral, you meathead EXPERTS.

CPI is up 5.6%. PPI is up 8.4%. Inflation has taken an AirBnB for a couple of years and leased a BMW — settling in. Going to throw a nasty Christmas party.

There is no future impact to consider, you morons, it’s here. The future is here right now and it’s inflationary, low growth, higher interest rates, and pain. Wake up.

3. You cannot jam trillions of dollars into the economy through the efforts of government (which has a negative multiplier when compared to the private sector and which costs 26% to collect) and not spur inflation.

4. You cannot snatch all that money from the private sector through taxes and expect to have a healthy economy.

5. You cannot pimp out a bunch of ill suited EXPERTS to spray perfume on that cow patty and expect it to fly.

This dog won’t hunt. This dog will die in its kennel and the United States is going to take a huge hit. You have been warned.

“Come on man, my EXPERTS said I can do whatever want. I own them. Besides, isn’t the lemon market really where the action is?”