Sec Transportation Pete Buttigieg, a chap who could not figure out how to fix potholes as Mayor of South Bend, Indiana is on maternity leave and asked me to ‘splain the supply chain thing to y’all. 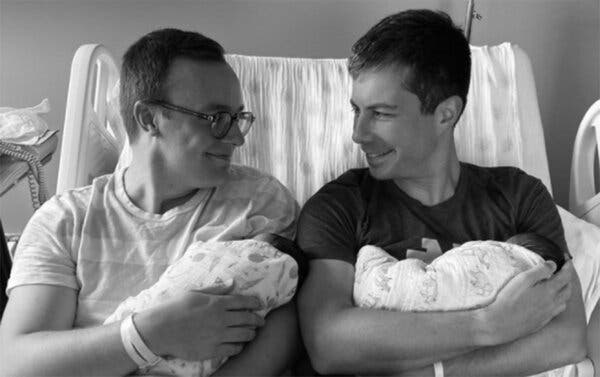 “Chasten, is that Supply or Chain?” “Does it make any difference, Pete?”

1. When the Pandemic hit, folks stayed home and surfed the web arriving at Amazon’s site (and other Ecommerce sites) and bought 13% more “stuff” than they had in the prior period.

Sales went up which meant the pressure on the supply chain — meaning shipping — also went up.

2. A lot of this “stuff” was made in China or Asia and thus had to be shipped to the US aboard big container ships — the biggest ones hold 25,000 containers.

[Note to self, buy stuff made in the USA cause it doesn’t have to go anywhere on a ship. Duh.]

3. At the same time, there was a disturbance in The Force because factory workers in Asia and port workers in the United States had to quarantine due to the VID.

[Not a huge impact, but a little constipation like if you eat too much sharp cheddar cheese.]

4. These two forces together — heightened retail purchases coupled with attendant shipping, and the Pandemic impact on factories and the ports — caused a log jam.

“Log Jam” is a technical supply chain term. Use it wisely and carefully.

5. The cost to ship a container from Asia to the US went up — heightened demand please meet limited number of ships.

You studied that kind of stuff in school, Econ 101, right?

The shippers love — ADORE IT — the supply chain problem because they are getting 5-10X as much $$$$$ as they did pre-Pandemic.

For this reason, the shippers (almost exclusively foreign flagged vessels because of American regulation) are not going to do anything to reduce the problem as they are making gobs of money.

6. The unionized port workers like this because they can work a nice little bit of overtime that puts tons of money in their pockets.

7. Meanwhile, the ships began to pile up off Los Angeles and Long Beach. 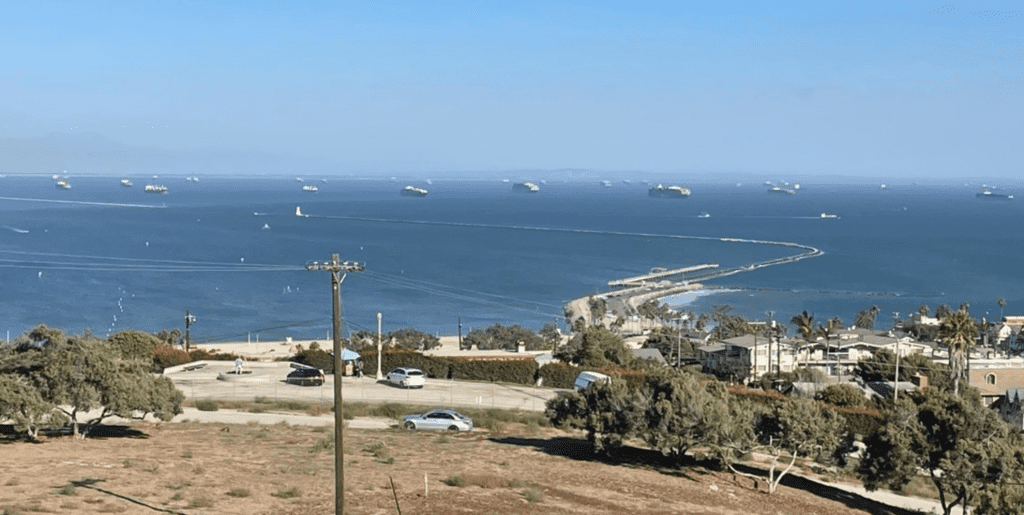 [It takes another 10-14 days to circle around to the East Coast ports whereat there was a lot of unused capacity at places like Jacksonville, Miami, Savannah, and Wilmington, but that’s too obvious.]

The port facilities were designed to swap an empty container on a truck chassis for a full container as part of the normal transport process.

When they ran up against that threshold, no more full containers could be unloaded.

9. Unfortunately, places like Los Angeles and Long Beach had state government restrictions as to how high they could stack full containers — of course you can store a lot more containers at 8-high than 2-high. Makes sense, right? 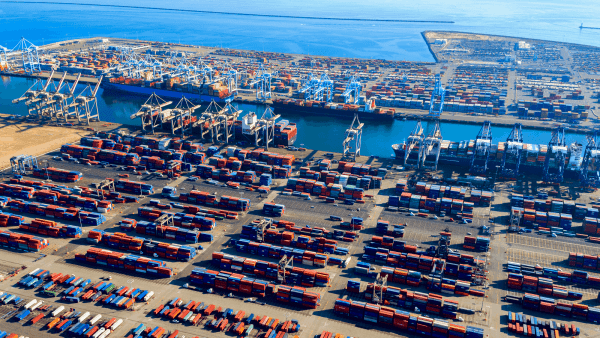 “May I have a SHORT stack of full containers with extra butter and syrup, please?” 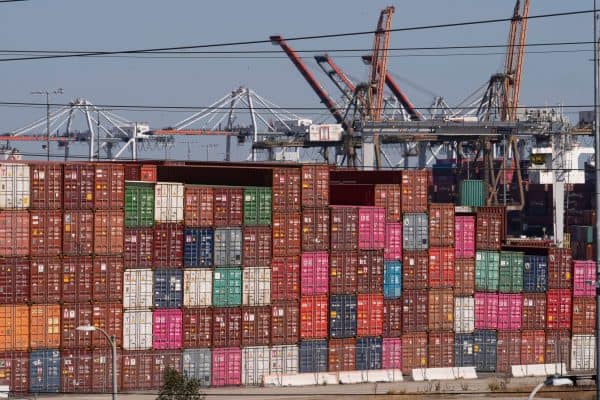 “Oh, wait, on second thought could I have a TALL stack? Thanks.” Additional problem – cranes can only go so high.

10. The port facilities never had any room to store empty containers because it was supposed to be a direct one-for-one swap — an empty for a full container.

Truck chassis with an empty container arrives, gives the empty to a ship returning to Asia, picks up a full container, leaves to deliver the full container. A bloody thing of beauty!

12. The obvious solution is to store empty containers in a storage yard just like the full containers, but, alas, there is no such land available near the ports.

13. The President went out to California to mediate the problem and said, “The unions have agreed to work longer hours.” Bravo!

So what you ask?

This was slightly disingenuous because they were already working long hours and there were only 4-6 additional hours available to work, but this solution does nothing to solve the real problem — the problem with the empty containers.

14. So, where were the empty containers being held? On the back of a truck chassis.

This resulted in a greatly diminished inventory of empty trucks necessary to pick up a full container because the empty container could not be unloaded as there was no place to put it.

15. To make this a little more devious, California recently passed a law in 2020 that reduced the number of trucks that can actually haul a container out of a Cali port.

This diminished the already diminished supply of potentially empty trucks to receive a full container. Haha, Cali — you knew they were involved in some way, right?

16. The State of California, more than slightly late to the party, relaxed its height restrictions and allowed full containers to be stacked as much as 6 high, but that does nothing to solve the empty container-truck chassis host issue.

17. The other huge problem was that Sec Trans Pete Buttigieg, a guy who knows zero about transportation, was on maternity leave with Chasten because they adopted a couple of twins they named “Supply” and “Chain.”

Mayor Pete would have had these pitfalls filled most rickety tick. Or, he would have given you a wordy meaningless explanation that made no sense.

18. At the same time, stores and warehouses got pissy because they were staring down the barrel of bare shelves as Christmas carols began to thrill the world.

19. If pissy about shipping wasn’t enough, the price of gasoline doubled and made the truck element of the transportation problem way more expensive. This really pissed people off and folks began to mumble about inflation.

20. As it became apparent to manufacturers that their finished product was in heightened demand and to absorb the doubling of the price of gasoline, they raised prices thus driving the Producer Price Index (measure of prices at the manufacturers’ shipping dock) up by 8.6%.

That is just a side note, but who doesn’t love higher prices and inflation?

1. The Biden admin — Brandon and Pete — didn’t figure out or attempt to solve the right problem. [No harm, no foul — Pete was on maternity leave.]

3. The real problem is storing the empty containers so that truck chassis can pick up a full container and bring Christmas to all the good girls and boys wearing their masks by hauling full containers.

4. The shipping companies couldn’t give a rat’s ass about solving the problem and, in fact, are making gobs of money with the chaos.

Sure their turnaround times have blossomed from 40 days to 80 days, but they’re getting 5-10X in shipping fees. Do the bloody math, mate.

5. And, yes, inflation is going to rip us all a new one. Look for double digit inflation in 2022.

Will the problem get solved? Yes, of course. Already smart folks are talking about depots to store empty containers and depots next to railheads to push the bottleneck out into the hinterlands.

When? Oh, by next Christmas or the one after that. Sorry.

But, hey, what the Hell do I really know anyway? I’m just a Big Red Car. Happy Thanksgiving!

Local turkey that did not have to ship from China through a backlogged port.

The other white meat, the Brandon turkey. “What the Hell have I done? Why did I drive gas prices up? Where the Hell is Pete?”