Big Red Car here.  Low clouds, warm wind out of the south — going to be a nice hot Texas day before it’s all over.

The Texas heat can be a chore but it’s only June, so it is only going to get hotter.  Haven’t hit 100F for a stretch yet, so we still have a bit of time to go.  Bring it, sayeth the Big Red Car.

Speaking of heat, The Boss has been working with a number of his CEO pals and several are singing from the same hymnal as it relates to the anxiety of being an entrepreneur.  Let me cut to the chase — welcome to NORMAL, ya’ll.  [Haha, Big Red Car, you are a cruel and unwielding wordsmith but so true.  No?]

So, OK, let’s cut the crap and talk about when panic attacks.

Entrepreneurial anxiety and its symptoms

In several different conversations, The Boss has had a dialogue with entrepreneurs who say things like this:

“I am just totally overwhelmed and feel like I am sinking.”

“I am caught in a vortex and unable to follow my current schedule.  Tough sleeping.”

“I am flailing around and not sure I am making progress.”

“I am inundated with opportunity.”

“Every day is filled to overflowing.”

“I need some outside direction because I am just not sure I am executing on the right priorities.”

In the classic racing movie, Days of Thunder, the following exchange occurs:

Cole Trickle (Tom Cruise):  Yeah, well this son of a bitch just slammed into me.

Imagine your best Robert Duvall voice, the voice of a seasoned and wise counselor:

Big Red Car, WTF are we going to do about it?

Here is the game plan:

When you get in trouble in an airplane, you are counseled to aviate, navigate, communicate and confess.  Keep flying the damn airplane but it is the confession to ATC that gets you the help you need.

One time The Boss was flying Victor One (electronic highway in the sky) down the East Coast and got trapped between two massive thunderstorms.  Bad position to be in.  No visible way out.

He called Patuxent Control and confessed.  They tiptoed him through the storms by giving him headings which they could see on their massive weather radar and threaded him through the mess he had gotten himself into.

The Patuxent Control air traffic controller had the voice of the Holy Ghost Himself — calm, assured and soothing.  “No problem N136MD, I got this for you.  Let me give you some headings to steer and we’ll get you through this.”

An hour later, it was clear flying on down to Charleston, SC on Victor One.

Confess and get the assistance you need.  Sometimes you just have to confess to yourself.

Talk to your co-founders and get their take on things.  Do not sob while doing this though you may be sorely tempted to do so.  Crying is OK but do it in private and then get mad.  Use that anger to fuel your accomplishments.  The disappointments we suffer in life are the fuel that drives us to succeed.

Do NOT confess to your investors or VCs or Board.  Pro tip:  Never give folks who can fire you a reason to fire you.

Are there some VCs with whom you can entrust this information?  Yes, but they are not likely on your Board.  There are some stellar VCs and Boardmembers who can help you through this kind of anxiety.  They will be seasoned guys.  They will be former entrepreneurs and they will recognize the symptoms.  They are rare.

Be careful about being too forthcoming with your spouse.  The Big Red Car is very troubled by this advice because from a marriage perspective he is not inclined to keep secrets.  Too energy sapping to keep secrets but not scaring the crap out of someone you love is also a laudable character trait.  You make the call here.

Rest your brain — spot of meditation, listen to some music and drift, nap in the sun like a fat dog, get good sleep (OK, I get it that sleeping is a luxury and when your demons come to visit, but give it a try.  Good dark room, etc.), exercise also helps with this — and let it refresh itself.  Nothing looks as bad on a good night’s sleep.

5.  GET ORGANIZED AND PRIORITIZED

Redouble your efforts to get and stay organized.  Set priorities dividing the “nice to do” from the “need to do”.  This is one of the reasons why The Boss likes to look at things from a process perspective and from a physical perspective.  Here are two graphics which show how to see exactly where you are at a given instant in time.  You have seen these before in different contexts but they are also a good way to organize and prioritize your current position. 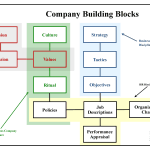 Make a list.  I have sung the merits of Atul Gawande’s  The Checklist Manifesto and will sing another verse here.  List making —  checklists — are the number one way to organize your efforts.  Make a checklist and stick to it. 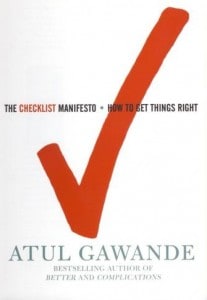 This is where a CEO mentor, advisor or coach can really play a grand role particularly if they are former entrepreneurs, founders and CEOs.  They have walked in those same moccasins and they know how they can pinch.

We talked about this a bit when we discussed the notion of talking oneself down off the ledge.  Read about that here: Talking Yourself Down Off The Ledge.

The Boss, in every instance noted above, was able to tell the entrepreneur, founder, CEO what he needed to hear:  ” This is normal.  You are brilliant and can overcome this.  You are not alone.  Let’s find a way to work our way through this.  This is what it feels like on the road to the pay window.  You can do it.  I have had the same feelings myself and lived to tell the tale.”

So, is this a pill that will make the problem go away immediately?  Well, no, Old Sport, it is not.  But it is a damn good start because it is real, it works and you can do it.

If you feel like you are all alone and not making progress, call, email or Skype  me and The Boss and we will help you.  Just don’t tell anyone you are taking advice from a 1966 Impala Super Sport convertible.  They may not get it right away.  [Haha, Big Red Car, you are a wag.]