In the life of the successful startup is a slightly disorganized story of its founding. It is a powerful story. It provides a keen insight into the who, what, when, why, where, how of the company. It is a story of creation. Only one person can tell it with an authentic voice.

It is a tale told best by the founder, hence the name: The Founder’s Tale.

It is a story that is the glue that binds people to the company and makes them want to follow the leadership. If you want to lead a pride of lions, then you have to tell the story of how you formed a pride.

1. Who are you and where did you come from? What is your family situation? [Hint: They really want to find the common linkages between your personal story and theirs.]

2. When and why did you decide to become an entrepreneur? Was it scary? What were your biggest fears?

3. What was the idea? Was it aspirin — relief for the pain of mankind? Was it a vitamin — something to improve the quality of life? Was it a better mousetrap? [What do you have against mice?]

4. When did the idea first come to you? Where were you? Did you write it down? Does that paper exist?

One company I founded was sketched out on a paper tablecloth that made the journey with us. I would whip out the table cloth when telling The Founder’s Tale and say, “This is where your and my job came from.” It was powerful.

5. What reaction did you receive when you first decided to found a company? Did your mother tell you to abandon the idea and go to law school?

6. From whence did the company come? Were you gainfully employed and left another job?

7. What were the personal stakes you invested? Did you burn the boats or did you have a reserve parachute?

8. What was the original idea? This is very important because many companies pivot somewhere along the way when the market clears its throat before bellowing its verdict.

9. Who were your co-founders, first top hires, mentors, influencers? First hire? What is your relationship like with them today?

10. What did your spouse or beloved think about your idea?

11. What did your first Vision, Mission, Strategy, Tactics, Objectives, Values, and Culture look like? Bonus points if you have an original deck hanging around somewhere.

12. Where did you go for the money? What was that process like? Did it hurt? How many different reasons did investors give you why your idea sucked? Tell them all of them. This is always great fun. Who was the first investor to bite?

13. When did you launch a first product? How did that feel?

14. Who was your first customer? Are they still a customer?

15. What big milestones did you hit and when? Ten, a hundred, a thousand customers? Million dollars in revenue? How did you feel?

17. How did the company scale in the early days? Talk about numbers of people, physical plant, numbers of customers, revenues.

It is important for your audience to know how you felt. This is where the humanity of a CEO and the empathy for the team comes from — feelings, especially when they were troubling or difficult at the time. You are showing and telling the journey. Let it loose.

18. Show any early photos of the founding team, the first location, the first product, and the evolution of those things.

This tale of creation creates a platform for the rest of your telling of The Founder’s Tale which is — where are we headed in the future?

Tell that tale in the same way. Tell a tale of growth, opportunity, scale, challenges, competition.

The tale of the future becomes the continuation of The Founder’s Tale, but it can’t be told in a sincere, believable manner until they know where you’ve been.

Because, dear reader, people want to know the history of the outfit for which they work and the people for whom they work.

They particularly enjoy knowing that it came from a struggle, that the person who headed the struggling (who may now be driving a BMW and living high on the hog) was in the fight, struggled to make it happen, got bloodied, suffered, and is a “normal” person.

[For clarity, the “normal” thing is a stretch. The chances of the average entrepreneur being normal? Zero. But, relatable is what we are going for here. A mensch. Work with it. The only normal people in life are the ones we don’t know that well. When you get to know them the normal thing dies a quick death.]

The Founder’s Tale is the original flavor of the company culture. It is the spice, the bubbles. You can’t know the culture, can’t live it, can’t understand it, if you don’t know The Founder’s Tale.

People who have been with the company for a while will know the story, The Founder’s Tale, and when they hear it for the hundredth time, they will nod, look at the newbies, smile, and say, “Yes. That’s the way the cow ate the cabbage.”

Video the CEO telling The Founder’s Tale and watch the reactions on the faces of the audience. The new folks will be attentive and fixated on The Founder’s Tale. The folks who have been around for a while and know the story by heart will act like seasoned veterans, but they also will be engaged because they want to make sure The Founder’s Tale hasn’t changed since last time.

A word to the CEO, founder

Learn The Founder’s Tale. You may not know it well at first because you were so damn busy living it. That’s fine.

Take your time and get it right. Know the details intimately — Hell, it’s your story and being a CEO requires you to be a storyteller.

Then, dear CEO, tell The Founder’s Tale, your founder’s tale, as often as you can. It will be boring after a while, but there will be people in your audience who have never heard it or who have only heard it a few times.

This personalization of you will make you seem real, life like, and a mensch. They will relate to you in a different manner, a more delicate, personal, intimate manner.

This personal leadership is what generates extraordinary loyalty that drives people to walk through the fire for you and the company.

In the end, effective leadership is personal. Be that person who people want to follow because they know The Founder’s Tale. 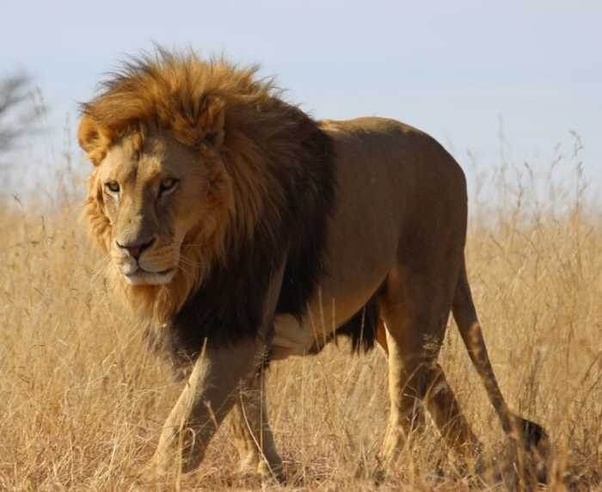 You, the CEO, founder, leader of the pride getting ready to take care of business. This is the lion the rest of the pride wants to follow because they know The Founder’s Tale. Be this lion. Be this leader. Make the pride proud.