Greenland was granted home rule independence by Denmark in 1979. The majority party in the Parliament of Greenland supplies the Premier — the Leader of the Government. The King of Denmark appoints the Premier subject to majority support from the controlling party in the Inatsisartut (Parliament).

Since 30 September 2014, the Premier has been Kim Kielsen, a member of the Siumut party.

Today, he joins us to talk about Greenland and the recent interest by the Trump administration to buy Greenland. 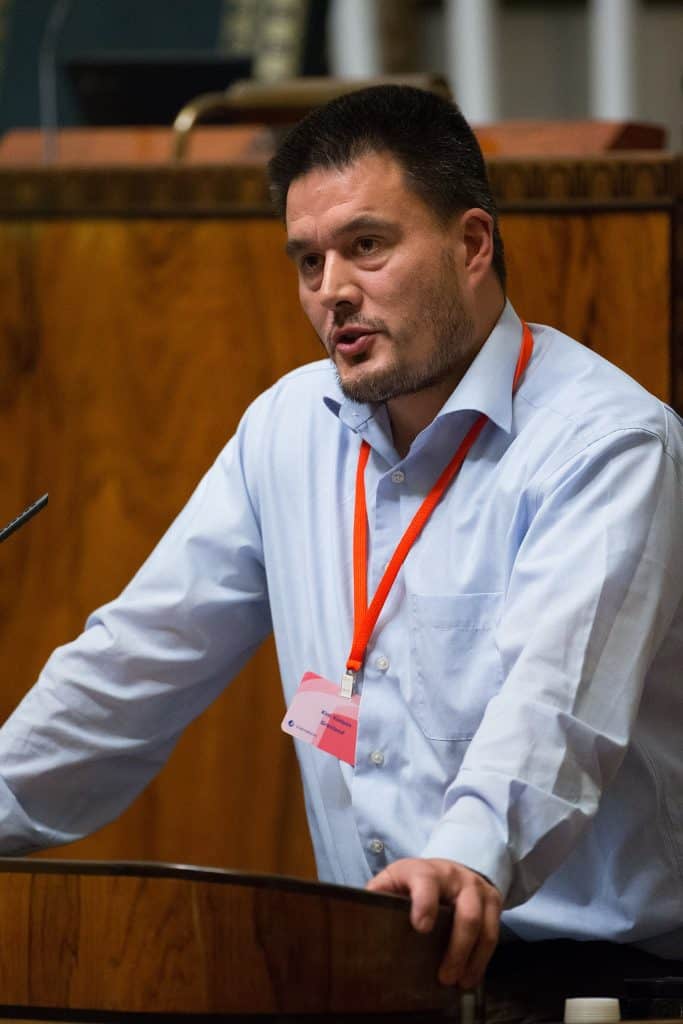 “You’re a bloody red car, Big Red Car,” he said, indicating he is a sharp and observant man.

“So, Mr. Premier, have you heard the chatter that President Trump is interested in buying Greenland?”

“Yes, I flew to the states, played golf with him — took a few krone from the old boy, but I think he was sandbagging me — and had dinner with him and Melania. Lovely chap. Gracious woman, your First Lady. Nice government subsidized housing arrangement.”

He looked around to see if anyone was watching.

“He was surprised when I told him that Greenland is four times larger than Texas. He didn’t realize that. Big country, lots of ice.”

“Where did the conversation go from there?”

“It was a a delightful conversation. He knew that the King of Denmark had turned down $100,000,000 back in 1946 from your President Truman. Said he would go much higher than that.”

“Is there a deal to be made here, Mr. Premier?”

“Look, let’s not get all excited about this. The first thing is we are not going to pay US taxes. I told that to Don — he told me to call him Don — and he said he understood. Amiable guy. I like him.”

“Look, Big Red Car, anything can be bought if the buyer throws the right number at you. The question is what happens to us after the sale?”

“What do you want to happen?”

“I told Don I wanted Disneyland to open shop here. That mouse, Mickey, would be a hoot.”

“He called some guy, the CEO of Disney I think it was. Guy said, ‘Let’s give it a go.’ What else can you ask for?”

“What is the currency situation?”

“We use the Danish krone. Bring a dollar and we give you 6.72 krone. Lovely pictures and all on our currency.”

“Fishing is huge up here. Fishing and shrimping. We have a lot of excellent minerals — rubies are first rate, but we have gold, uranium, platinum, tungsten, iron, aluminium, titanium, and copper. We have plenty of oil and coal. Haven’t had a chance to develop the oil yet. We have enormous hydropower potential.”

“How do the numbers look?”

“Well, we’re on the Danish sugar tit, truth be known. The Queen and her bunch send us more than half of all revenues to run the government. Don said he’d take care of that.”

“What is the population like?” asked the Big Red Car.

“We have 56,370 people, 88% of them are Greenlandic Intuit while the rest are Danes. They live in twenty towns with Nuuk the biggest at 17,984 and Kangamiut being the smallest at 304.”

The Premier stood up, proud, and said, “We’re 100% literate. Every Greenlander can read, write, and knows the difference between chicken salad and chicken shit.”

“You have golf courses in Greenland?”

“Hell, yes. Don asked me about that, said if we did a deal, he’d build us a first rate golf resort. He told me not to tell anyone, so go easy on that, Big Red Car.”

“Any Starbucks in Greenland?”

“No, but Don and I went out for a Big Mac when I was in Washington. Lovely bit of gristle.”

“Yes. Don is going to make us an offer. I’m going to ask him to throw in a McDonald’s. I’m going to ask for Mickey, but I’m realistic that maybe Disney was blowing smoke up my ass. It happens. You know it’s too cold for convertibles in Greenland.”

So, dear readers, there you have it. A deal is in the works for the United States to buy Greenland and to support the expansion of McDonald’s into that icy, cold, but beautiful land.