What I do want to discuss is that others — meaning rival nations such as China, Russia, North Korea, Iran — carefully assess our foreign policy to see how it might apply to them at some future date.

In this instance, I would like to focus on China, who I think is a gargantuan mischief maker and truly evil country — the government, the Chinese Communist Party, not the people who are their victims — that is progressively becoming more and more controlled by a single person, President for Life Xi Jinping. 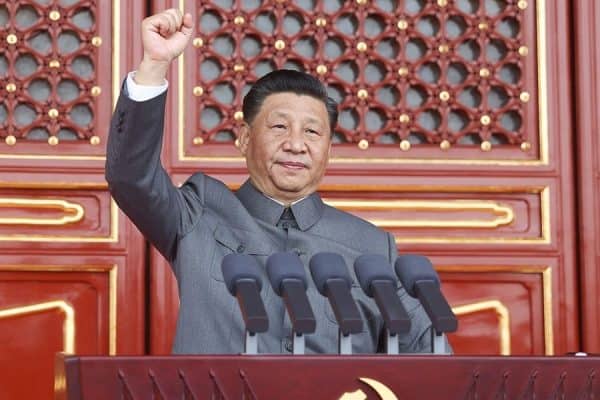 Xi Jinping has been running China for 8 years and is cleared to be President For Life. He is 69 and at the top of his game. He wants to unify with Taiwan even if by force.

1. President of the People’s Republic of China

2. General Secretary of the Central Committee of the Communist Party of China

3. Chairman of the Central Military Commission

4. Leader of the Central Leading Group for Foreign Affairs

5. Leader of the Central Leading Group for Taiwan Affairs

6. Leader of the Central Leading Group for Comprehensively Deepening Reforms

8. Leader of the Central Leading Group for Internet Security and Informatisation

10. Leader of the Central Leading Group for Financial and Economic Affairs

11. Commander-in-Chief of the Joint Battle Command of the People’s Liberation Army

12. Chairman of the Central Commission for Integrated Military and Civilian Development

14. A scratch golfer, and a world class chess player

If this were the United States, Xi Jinping would be the President of the country, head of government, the head of his political party, Secretary of Defense, Secretary of the Treasury, Commerce Secretary, Director of the CIA/NSA/MIA/DIA, and a few other obscure jobs. 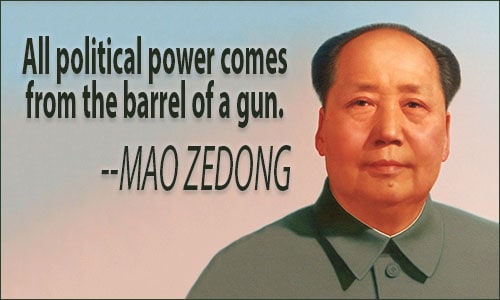 Xi now has more power than Mao ever had and rules over a country that has an enormous appetite for hegemony because he, as their leader, has made that the policy of  China.

Not only has he consolidated massive power, but he has effectively eliminated all of his real or imagined competitors by charging them with corruption which is how he became “President For Life.”

Where is this going, Big Red Car?

OK, here is where it is going, dear readers.

Today, China critiqued the hasty US retreat from Afghanistan by warning Taiwan — which they delusionally consider part of China — that the US cannot be counted upon when it comes to being a military ally.

[It is also fair to say that the US Navy has a much bigger challenge with shore based hypersonic missiles. The standoff distance from China is likely more than 1,000 nautical miles.]

This message — which is based on US performance in Vietnam, with the Kurds, and in Afghanistan — took less than a full day to blossom forth.

This is the result of weak foreign policy, huge ramifications for other hot spots in an increasingly troubled world.

The current environment in Southeast Asia is that countries have assiduously failed/refused to pick a side — China v USA — to champion, wanting instead to avoid being drawn into conflict.

China is using the Afghanistan debacle as a talking point to mock American assurances of stability and capabilities.

The messaging that is coming from multiple sources goes like this:

“These countries (meaning Southeast Asian countries, but, particularly Taiwan) have experienced the Vietnam War, and they should have a deep understanding about the unreliability of the United States. Afghanistan has now offered them a new lesson.”

A worthy newspaper in the region said it thusly:

The chaos in Afghanistan is “a lesson that Taiwan needs to learn.”

“The shock of the US abandonment of the Kabul regime has been felt more strongly in some parts of Asia, particularly in Taiwan,” the Global Times said in an editorial on Monday. “Taiwan is undoubtedly the Asian region that relies most heavily on the US for protection.”

We are substantially closer to a Chinese invasion of Taiwan today than we were a month ago and it is because China sees us as weak and poorly led.

Sorry, but that is the truth.