Big Red Car here. Brrrr, it was cold yesterday. It is a single digit above freezing here in the ATX — what is going on, Mothah Nature?

OK, this is winter. Going to be 52F today and sunny but still, 33F on a Sunday morning? Don’t panic, Big Red Car, you can do this. Bit of brie with that whine?

So, The Boss is on a rant with a couple of CEOs who are talking up “team building.” Boring! Boring! [Big Red Car, shut up, please. Sorry.]

So what’s all the chatter about? Let me mansplain it to y’all, may I? Mothah Nature, may I?

OK, every CEO in the history of mankind knows that you have to develop teamwork — the force multiplier whereby a group of folks working together can pull harder on a straight rope and thereby pry things out of ditches, conquer the world, stop pain, and change the future. Whew!

Teamwork is built on trust but trust comes from assembling the right folks, providing an inspiring vision, and then developing a strategy, tactics, objectives to go accomplish that vision. Along the way a splash of values will develop a culture and the culture will include the value of the team and its combined efforts. It takes time.

So, CEOs get it when it comes to team building, right?

Well, yes and no.

OK, Big Red Car, what are we missing?

What is missed is that there are subteams loose in your organization. You can take a simplistic top down approach to team building — perfectly fine, mind you.

A picture of a very good team — the Swedish Bikini Team. Team building exercise. What does this bring to your mind? Right, sunscreen. Sunscreen! 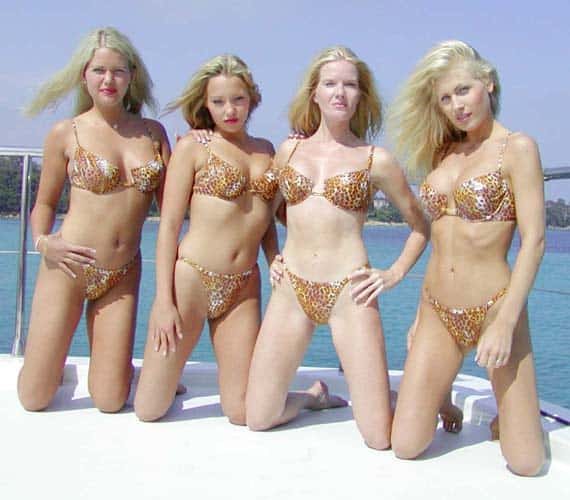 More realistically, you will develop subteams in areas of specialization such as operations, marketing, tech, and, say, accounting.

Here is the Swedish Bikini Shooting Team, a typical subteam. Girls with guns. Again, some team building going on, y’all. 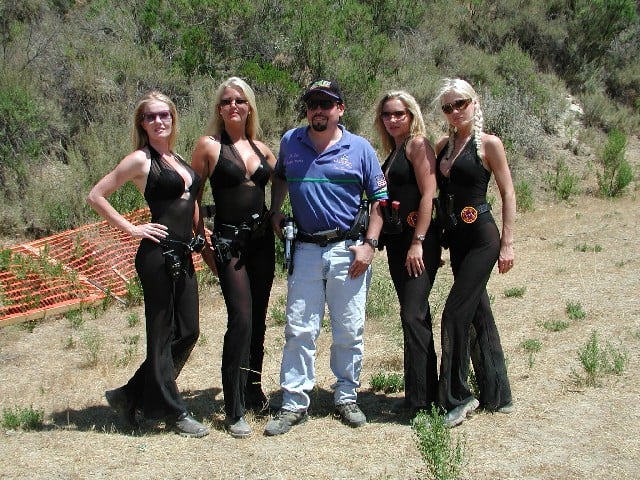 They are, however, where the actual work gets done and therefore their creation, care, feeding, and empowering can be more critical than the overall culture.

They will also have leaders who will not be the CEO — they might have a COO, a CMO, a CTO, or a CFO — just examples but you can see they will have their own leaders. Do not have to be C level leaders. I’m just using the C suite as an example.

How is a CEO supposed to work with these disparate teams?

In addition to having to build a company wide culture, the good CEO is going to want to built a company team while respecting the reality that her C suite brethren will be building their own teams.

And, the CEO has to build a strong relationship with these team leaders.

The point is that team building must also entail relationship building.

As a CEO, you are unlikely to fire all of the accountants but you may have to get a new CFO. What happens then?

You have to make the change quickly and ensure that the underlying team doesn’t let its dobber drag and rot from within. Sure, the fish rots from the head but where does that rot go after the head is consumed? If rots the body, the team.

This is not about what happens when things go wrong, this is about ensuring that things go right.

What is a CEO to do, Big Red Car? Give me some concrete mojo, please.

OK, dear CEO, it’s like this. Wherever you spend your time and invest the company’s money, you will see change. Change will be for the good if you have a good plan. If you just go around buying shots, then everyone will get drunk and have a hangover. They get drunk and you get fired. Don’t buy everyone shots.

First, hire the very best people for those critical positions and in your hiring delve into their team building skills. This is why a good CEO is constantly hiring.

Second, you need a plan. Make a damn plan to develop a strong working relationship with each of your team leaders. Hardly the high hurdles there, mate? Make the plan a bespoke plan tailored to the actual person. Even for the Swedish bikini team, one size does not fit all.

Third, invest time in building that relationship. It is developed over time and it will consume time. The scarcest resource in a startup or small company is the CEO’s time. It is, also, the only resource that is evenly distributed amongst mankind. Even the Queen of England only gets 24 hours each day. [I am beginning to suspect that Donald Trump may get an extra hour or two. Who knows?] It is also what people want from the CEO, her time.

Fourth, communicate and get feedback. Make it obvious as to what is going on. Set clear objectives. Appraise performance. Get feedback. This is how you use the time. Do not go soft on me here, CEO.

Fifth, get out of the office and relate over BBQ, TexMex, golf, sailing, a walk in the park. Let the other party talk and let them expose their inner C suite self and you do a bit of the same.

A C suite guy once asked The Boss, “You scared?” They were talking about something scary at the time.

The Boss said, “Of course, only an idiot wouldn’t be scared.”

Years later when they had pried the pay window open, the C suite guy whispered, “You still scared?”

The Boss said, “Nah, that shit we were scared about? That was nothing. Was it?”

They had built a relationship and into that relationship they injected a bit of honesty, hard work, and courage. It worked out fine. It will be the same for YOU! When you experience difficult things together you build stronger and stronger relationships. Battle tested. That’s you!

Last, think about relationships and when they aren’t working the way you want or need them to work, do something about them. Do not let inertia set in. Good enough is NOT good enough.

That’s all there is to it. Build a great team top down. Instill your values and create a great culture. Hire good folks and let them build their teams from the bottom up. Work those relationships and make them work for you. Think about it and make it happen the way you want it to happen.

Have some fun with team building

The Boss, from time to time, used to take all the accountants out for TexMex on a Friday a little latish and give them the rest of the margarita influenced day off. This would piss off the Controller and the CFO who were both crackerjack. [One company they were both guys and another one was a woman and a guy. Little different dynamic.] And, they would always wonder what had been discussed.

The Controller and CFO, cat killing curiosity at play, would ultimately ask, “What did y’all talk about?”

The Boss would always say, “You.” Nothing more. Just, “You.”

Not really true but it was a little fun. The Boss would tease them, “You better straighten up or you’re going to have a rebellion on your hands.”

The accountants would play along and never tell the Controller and CFO what was really discussed which was usually things like did we have the best equipment, how were salaries holding up in the marketplace, were we closing the books on time, and were there any rub points. They never talked about the Controller and CFO other than to observe they were either “clueless” and needed to get out of their way or they were “crackerjack.”

Crackerjack out polled clueless by a wide margin.

But, hey, what the Hell do I really know anyway? I’m just a Big Red Car. Be good to yourself today. Call your folks, your sister. Someone.

One thought on “Teams, Subteams, Relationships — For CEOs Only”