I was sitting here minding my own business — contemplating a new paint job — when my cell phone rang.

“Hello, Big Red Car, this is Hunter Biden. Heard you’ve been talking shit about me.” I could tell he was juiced up and nervous, had an edge to his voice. 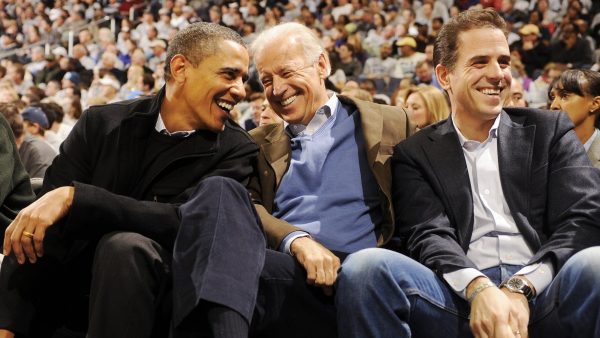 I laughed as, in fact, I had not been talking about Hunter Biden. I noted a blog post I had posted back in October and directed him to  take a look at it.

“Is this the blog post you’re talking about, Hunter?” I asked.

“Yeah. That’s the one. Totally unfair.”

“You’re making me look like a crook. I’m not a crook.”

“Slow down, partner. Let’s dissect the blog post. Were you asked to serve on the Burisma board of directors?”

“Yes, but I was fully qualified.”

“Truly? Did you have any energy industry experience?”

“Do you mean you practiced energy and gas law?”

“OK, had you ever been to Ukraine before?”

“No, but I have a map and I can find it. I know where it’s located. It used to be part of the USSR.”

“Hunter, do you speak the language?”

“Not my point, but, yes, I think you need to know something about a company’s language. Sure, a translator is fine. Let’s discuss the compensation. How much did you get paid to serve on the Burisma board of directors?”

“I was paid $83,333 per month plus additional funds for work done on behalf of the company, special work. I’m a special guy; I do special work. People pay me to do special stuff all the time.”

“Do you know how much a member of the Exxon/Mobil  board of directors is paid to serve on that board?”

“An Exxon/Mobil board member receives approximately $200,000 annually — not monthly, annually — plus some market value stock options. Does your compensation seem appropriate, given what an Exxon/Mobil director receives?”

“Because I’m special. I’m the son of the former Vice President of the United States.”

“I know my way around Washington, DC. I’m a big time player myself.”

“No, of course not. OK, so I got a gig because my Dad was Vice President. Bite me.”

“Sure. Just don’t ask me about the women in my life. Off limits, you rusty bucket of bolts.”

“OK, what about your career in the US Navy? WTF was that all about?”

“OK, sure I got a waiver to join the US Navy because of my advanced age. I got another waiver because I tested positive for cocaine. I wanted to be a sailor. Anchors aweigh and all that. Plus, I liked the way it looked on my resume. Is that a crime? “

“No, it isn’t and the Big Red Car applauds your patriotism. Isn’t the real question why you got bounced out for failing to pass repeated piss tests? Why didn’t you stop using cocaine? My goodness, man, you were dishonorably discharged. What were you thinking?”

“OK, I admit I had a drug problem and the idea to become a US Navy officer was a little nutty. Hell, I get seasick when I go fishing.”

“Can you bottom line the China thing — wherein a governmental arm of the Chinese government invested in a private equity fund that you and John Kerry’s stepson formed?”

“Look, Big Red Car, let’s hold China for another day. It’s complicated. Yeah, we got more than a billion dollars from a Chinese government investment entity. So what?”

“You flew over there with your Dad, the Vice President, on Air Force Two. Folks think that’s a little heavy handed and obvious. What say you?”

“You’re implying that I had a leg up? That the Chinese invested more than a billion dollars just because my Dad was the Vice President?”

“I say that anybody who goes to China, who has no private equity investment experience, can ask the Chinese for a billion dollars, and they may or may get do it. I was just . . . . . lucky.”

“Just lucky? You mean being born the Vice President’s son?”

“Getting tired here, Big Red Car. I thought you were a fair minded classy interviewer. You’re starting to piss me off.”

“Amigo, you called me, remember. Look, Hunter, do you really think you get that sweet Burisma deal or the Chinese deal if you’re NOT the Vice President’s son? Come clean with the American people. Do you think that Burisma and the Chinese deal happen if your last name is not Biden?”

“Move on, you jakeleg rusty convertible. Next question.”

“OK, so the woman in Arizona, the one who says you’re the father of her child? She wrong?”

“Yes. I never had sex with that woman, Miss Lewinsky. Plus, moron, it’s Arkansas. She lives in Arkansas.”

“Funny, Hunter, but for real? Fathering children is something a guy remembers.”

“Not the father. Just kidding you. Nobody has a freakin’ sense of humor these days. Not the Dad.”

“So, you know about the DNA test? Didn’t count on that. Yeah, I guess I am the father. So what?”

“Perjury? Lying under oath? False official statement? That Judge out there in Arkansas is likely to take issue with that, no?”

“So, Hunter, I guess the bottom line is this? Are you just an influence peddling hustler? Is your father just spreading the pixie dust to make all of your problems disappear? Who are you?”

“Well, the Burisma thing, the Chinese hustle, the Navy circle jerk, the baby in Arkansas? Those things?”

“Listen, you idiotic Big Red Car, do you know who I am? I’m the Vice President’s son. You better get a civil tongue in that rusty mouth of yours. You have no idea what I can do to you.”

“Noted. One last question. Who are you backing for President?”

Hunter Biden starts laughing which morphs into uncontrollable laughter until he falls out of his seat.

“You are really a pisser, Big Red Car. Thanks. I haven’t laughed that hard in years. Look, I’m a smart guy. I have a few degrees. Know this politics business. Who am I voting for, you ask? Donald J Trump. Know why?”

“Tell me, Hunter. That is really a surprise. Why?”

“Can you believe this economy? In a bad economy, meaning the kind of economy we’d have with Dad or the Indian princess, a hustler like me would be screwed. Only because of Trump do the Chinese give me a billion dollars. Only because of Trump do those criminals in Ukraine need me. I know which side my croissant is buttered on. No, Hunter Biden is an American and I want this Trump economy to last forever.”

“You have absolutely floored me, Hunter Biden. You are way smarter than I could ever have imagined. Thanks for the interview. It was illuminating. Good luck out there.”

“Big Red, do NOT tell Dad I said that. Keep that between you and me. Deal?”

“And, just like that, you confirm, that you really are as dumb as a fence post. Sure, Hunter. Just you and me. Good luck.”

So, dear reader, there you have it, an exclusive interview with Hunter Biden wherein he tells us his side of the story which completely changes my mind. You?

But, hey, what the Hell do I really know anyway? I’m just a Big Red Car. Have a great weekend. Call an old pal and swap a story. Ciao!