The Fredo is awarded annually to the individual who best exemplifies the character of Frederico “Fredo” Corleone in Mario Puzo’s novel The Godfather.

In case you have been overseas for a long time (maybe living in Ukraine working for Burisma) or residing in a cave, Fredo was the older brother of Michael Corleone (the smart one played against type by Robert De Niro). Fredo was played by John Cazale in the Francis Ford Coppola adaption of Puzo’s book. 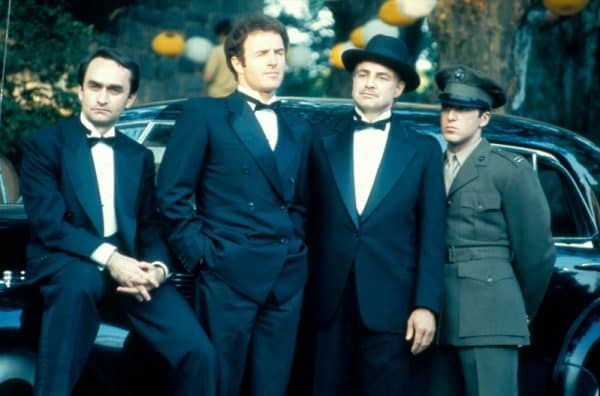 Fredo, Sonny (got whacked early), Pop, and Michael home from the Marines in WWII

The Nominees for the 2019 Fredo

3. Fiona Hill, PhD of the Brookings Institute and formerly of the Obama National Security Council

Here’s Chris with a striped bass. After this picture was taken, Fredo Cuomo opined that he was “. . . too hot for his CNN job.” He went on to say that being that sexy is “annoying” and that he didn’t want folks to “hate” him because “The sexy is overwhelming.” 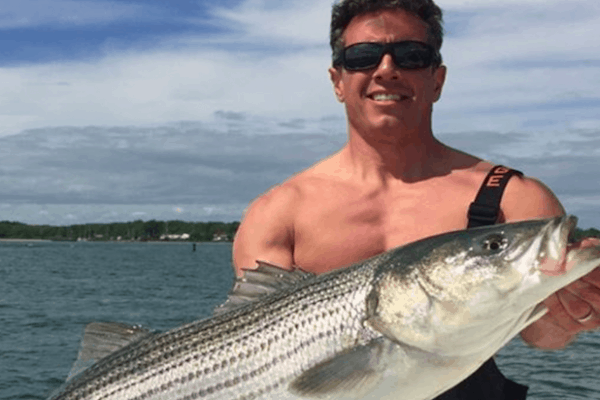 On CNN, Fredo Cuomo conducted an experiment wherein he called his mother on a cell phone to demonstrate the notion that one could hear a conversation even if the cell phone speaker function was not engaged.

Fredo Cuomo called his mother. It is always a good idea to call your mother.

Unfortunately, it did not work as planned. In front of the entire assembled audience of CNN, Fredo Cuomo was forced to say, “Wow, that didn’t work.”

The Cybertruck is Tesla’s entrant into the pick up sweepstakes. 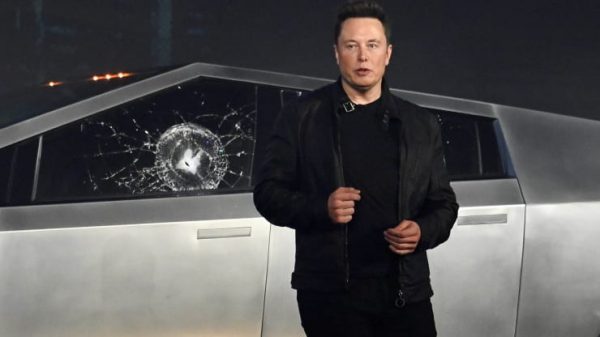 The truck is quite magnificent. Musk boasted of its bullet proof rolled stainless steel frame and its armored windows that could withstand 9mm pistol fire.

Unfortunately, when a stooge threw a metal ball at the window, it shattered like a Yugo (which does not boast of its bulletproof windows).

Musk said, “Oh, my fucking God. Well, maybe that was a little too hard.”

Perhaps, Elon is not familiar with 9mm pistol fire which is quite hard?

In any event, he is back to the drawing board on that feature.

The Bulletproof Glass on the Cybertruck

Doctor Fiona Hill (currently dispensing wisdom at the leftist Brookings Institute) was a recent witness at the House impeachment hearings. She, who has not been in the NSC game for a year or so, came forward to lament and skewer one President Donald J Trump for not providing lethal aid (Javelin missiles that are Hell on wheels against tanks, Russian tanks, in particular) to Ukraine.

She is English (the daughter of a collier), speaks with a scary, precise English accent that raises the IQ of all within earshot. She said that the Ukraine shenanigans prevented the Ukrainians from fighting back against the Russians and that the absence of these weapons — Javelins — was quite bad and unsettling. 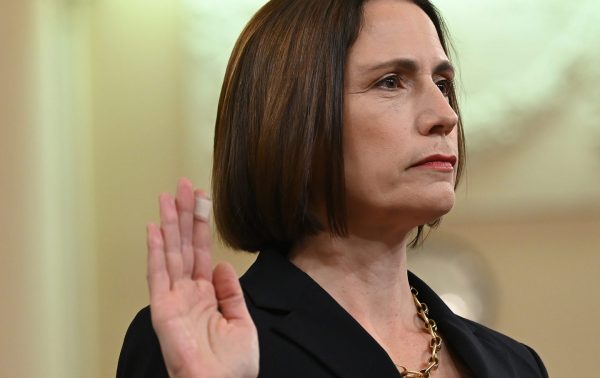 Notice the bandaid on Doctor Hill’s finger. She likes to cut herself right before giving public testimony to maintain focus, plus she likes to refresh herself with a quick sip of blood to fight fatigue. Don’t knock it until you try it.

[Look, I have to tell you something here. Doctor Hill looks remarkably like a Sister of Charity I had in grammar school (Sister Anne de Beaupre) who was very, very, very scary and who used to mete out punishment with the edge of a blood spattered yardstick. I once moved my hand when it was deployed on top of a wooden desk to receive “corporal” punishment from the aforesaid nun. I moved my hand, she broke her yardstick, I took off running (always been a clever kid, later I would go to Ranger School and learn to stand and fight, but no nuns), I ended up in the Principal’s Office, and that nun was really, really, really pissed off. I still have nightmares. In some of those nightmares, I throw a bucket of cold water on her. Want to guess what happens? So, I may not be able to be objective when it comes to Doctor Fiona Hill. I thought you needed to know that.]

Turns out that the Obama admin NSC potentate had written an op-ed in the Washington Post back in 2015 wherein she opined that the US should NEVER, EVER give the Ukrainians lethal aid. Oooops!

The Obama administration followed that advice and sent blankets and bandaids (similar to the bandaid on Fiona’s finger) while President Trump ran on the premise of arming Ukraine with Javelin missiles to kill Russian tanks. He then sent them tons of Javelin missiles. Guess what? The Ukrainians killed lots of Russian tanks.

Fi had been concerned in her op-ed piece that giving the Ukrainians Javelin missiles might start a regional war. She had overlooked that the Russians had already seized Crimea and had invaded Ukraine with “nominees” — separatists who were really Russian special operators posing as Ukrainians. Sort of like “dress up.” There was a regional war under way for some time.

It’s always sort of embarrassing when you go to Congress to bitch slap the admin for not sending lethal aid to Ukraine when you were on record as opposing it since 2015. This is true even if you don’t have a Wicked Witch of the West English accent.

When confronted with the apparent conflict, Dr Fi said, “Phooey. Don’t be daft. That was the Obama admin and this is Trump. Donald J Trump. I changed my mind.”

So, dear reader, there you have it. Who is The Fredo 2019 award winner?

Please cast you vote and justify it in the comments below. Winner will be announced next Friday.