Big Red Car here on a brightening Austin morning, y’all. On Earth as it is in Texas!

So, The Boss gets a call from a CEO pal and they get into a chat. Chat takes a turn toward the philosophical.

The Boss says, “Have I ever shared with you my views on CEO currency?”

“No, but something tells me that’s about to change. Bring it.”

CEOs have to take care of themselves in the running and funding of their companies. The Board and the VCs are not going to manage your career, CEO person.

The Big Red Car likes a CEO to have an Employment Agreement, both for the CEO’s interest and to ensure the Board and the CEO are on the same wavelength.

The Boss has assisted numerous CEOs in making this happen. If you are a CEO and don’t have an Employment Agreement — get one. If you need help, call me.

Read about it here:

There are two other forms of currency with which a CEO is paid: ego enrichment and self-esteem nourishment. You could get an argument to whether they are the same or closely related, but not with the Big Red Car.

When you are a CEO, you are feeding a type of insanity which folks don’t like to talk about in polite company. You want to do great stuff because you want to be a “maker.”

As an entrepreneur, you might recognize this sentiment: “I’d rather be the captain of an ocean going dory, than the third mate on the Queen Mary.”

You want that whip in your hand. OK, you know that’s true.

When you are successful, you can say, “I built this. I did this. I am this. This is what I am capable of doing.” [We’ll talk about the team and other things later, but now give into your own ego for a few minutes. The world will teach you otherwise soon enough. Right now, wallow in it.]

And, in that moment, your mother’s son or daughter will know something — “I’m special because not everybody can do this stuff.” 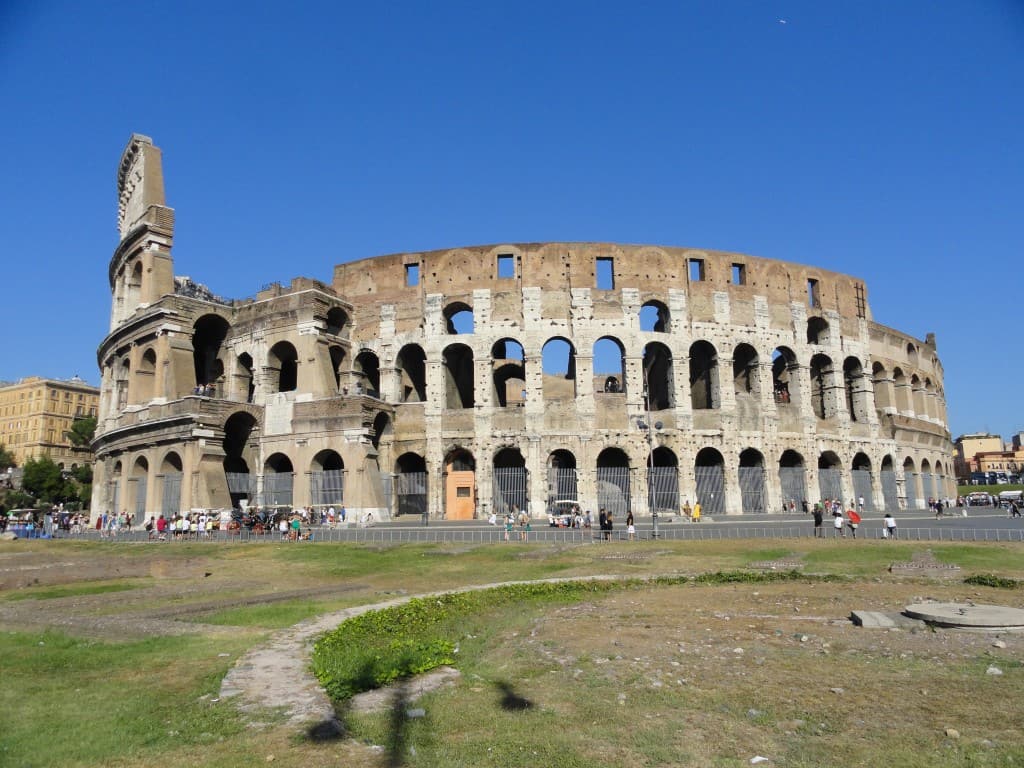 OK, here’s a building The Boss actually did renovate. 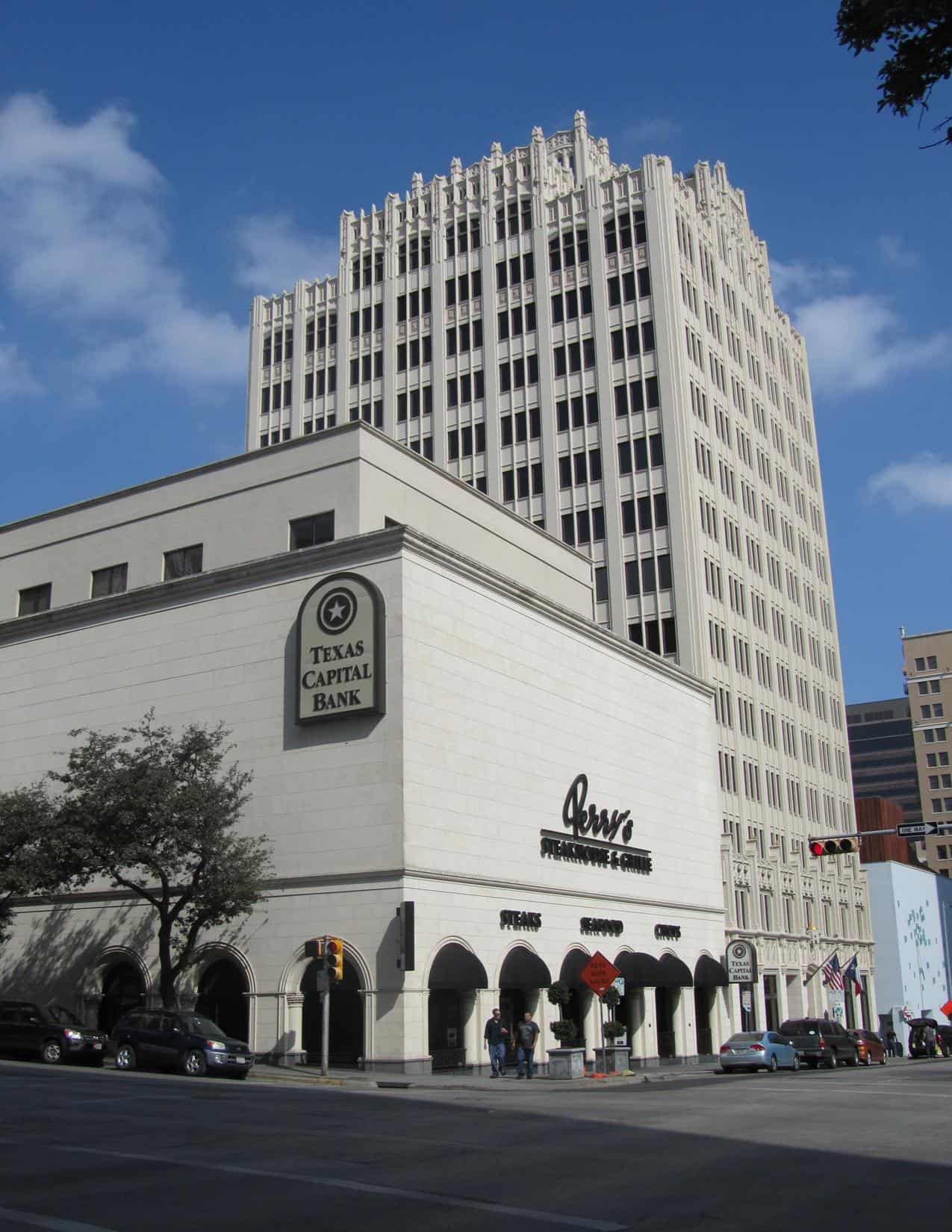 When you are a CEO, make sure you have your Employment Agreement taken care of, but recognize you get paid in other ways also. When The Boss goes downtown in the ATX, he talks to his buildings. Here’s the thing: they talk back.

“Hey, Boss, thanks for renovating our stuff. You did OK by us. Hope you have good memories of it.

“Oh, yeah, Littlefield Building, I’m filled to overflowing with self-esteem nourishment and ego enrichment. Thanks for the memories, y’all.”

Do you catch the ego talking? Yeah, that’s right. 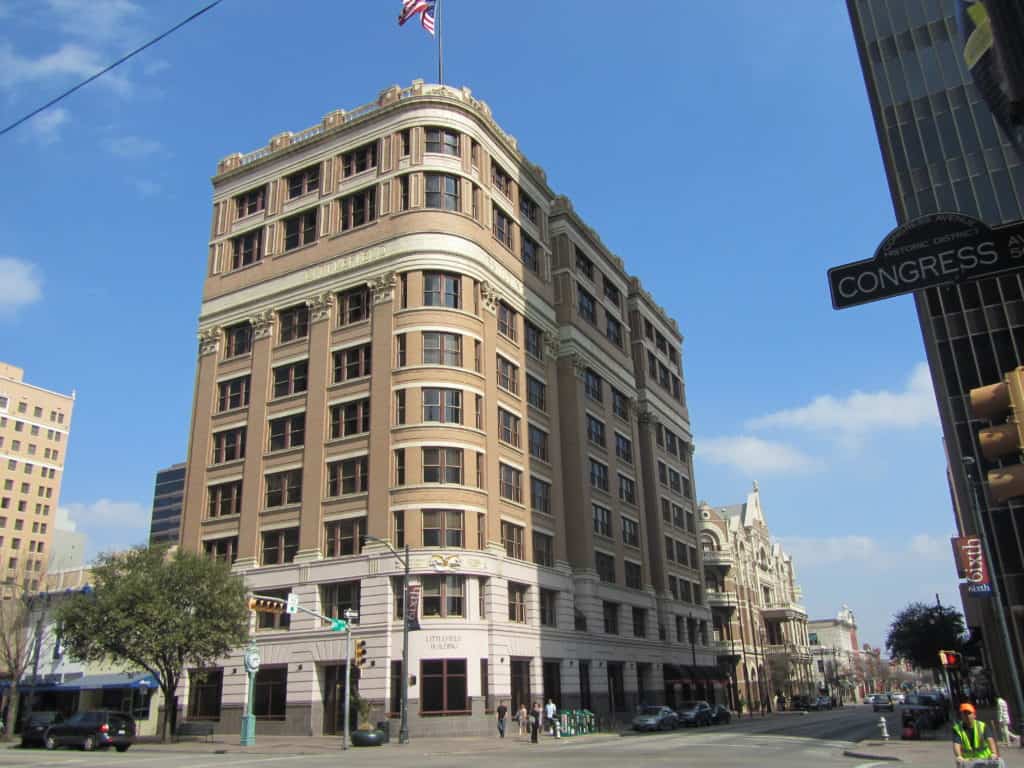 Hollywood & Vine in the ATX occupied by the Littlefield Building. Lyndon Johnson had his Senate office in this building. There is an artesian well in the basement.

But, hey, what the Hell do I really know anyway? I’m just a Big Red Car. Hey, CEO, you’re something else. You’re what makes America great. Get some! Do not be ashamed for wanting some ego enrichment and self-esteem nourishment because they will be cutting your underwear up for rags if you mess up.

One thought on “CEO Currency — Getting Paid”