Big Red Car here.  What a day in the ATX.  The Boss was out early and we took a quick ride through the neighborhood.  Everything is under control.

So, The Boss gets into a conversation with a young CEO and the young CEO poses the question — “Hey, what am I supposed to be doing about the Company Culture?”

WTF, sayeth The Boss and then they chat for a bit.  It is a long chat, but a very simple one.

Sayeth The Boss:  “You, my dear CEO, are the invisible hand which spawns and maintains the Company Culture.”

Let’s take just a second and make sure we are talking about the same thing when we say “Company Culture.”

We are talking about esprit de corps, morale, the personality of the company.  The special sauce that makes a good enterprise great.

It truly is the Wisdom of the Campfire. 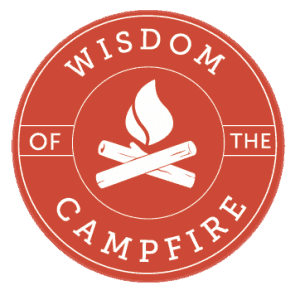 It is why Special Forces is “special”.  It is an environment in which individuals are attracted to the culture itself and perform at a higher level because of the culture.

It is, however, not a random happenstance.  It is the result of some careful planning and hard work and creativity.

The CEO — who is ultimately responsible for everything that happens or fails to happen with the company — is the fount from which the culture springs.  CEOs need to embrace this responsibility and work their deal — constantly.

Role of the CEO — the Invisible Hand

The term “invisible hand” was first used by Adam Smith in the context of economics.  Milton Friedman later used it to describe the condition of “…cooperation without coercion…”.

The CEO is the invisible hand in that he is the one who has initiated the work environment through his thoughtful and clever fashioning of the Vision, Mission, Strategy, Tactics, Objectives, Values all resulting in the Company Culture itself.

Remember, while there is a Special Forces there is not a “Mediocre Forces” — the alternative does not survive.

[Damn, Big Red Car, who knew you were such an economics scholar?]

What does the CEO really do?

The CEO, in addition to being the invisible hand that defines and shapes the Vision, Mission, Strategy, Tactics, Objectives and Values, is the fire starter who gets things going and then turns them over to the fire tenders to continue them unabated.  Remember the post Do Not Piss on My Fire?

The CEO provides the essential glue — communication — which drives every robust Corporate Culture.

People will follow a good idea but it takes a strong leader to fashion the idea and then to proselytize it.  This is the role of the CEO — the invisible hand providing the underlying foundation and managing the crawl, walk, run process of growing the Corporate Culture.

The components of a robust Company Culture

Let’s refresh our memory as to some of the specific touchstones of a robust Company Culture.  We have not yet finished or cataloged the discussion on all of them but they are here in the Corporate Culture Series.  Read them and reflect upon them.

As one can see from this post, the CEO has a continuing responsibility to develop and evolve the Company Culture.  Once started right, it is easier to continue it.  The fire starter and the fire tender working in tandem.

So, Madam CEO, be thoughtful and clever and creative in fashioning your robust Company Culture.  You can do it.