I am sure I have written about this before, but I had chats with a number of CEO type persons over the last month such that I feel I must say it again.

In life, you do not get power, you take power. It is not a difficult concept. CEOs must take charge.

May I tell you a personal story? [I like asking things like that because it makes me seem reasonable, which I assure you I am, but I really don’t care if you give me permission. Here comes the story.]

Once Upon A Time In A Far Away Country

I was anointed by our military to conduct affairs of some considerable importance in a far away land.

They had trained me to do this — 4 glorious years at Virginia Military Institute from which I issued forth with a degree in civil engineering and a commission as a second lieutenant of combat engineers. This was followed in short order by the Engineer Officer Basic Course, Airborne School, and Ranger School.

In spite of all of that training — I was the son of a career soldier — I still struggled to differentiate Shit from Shinola. [Inside baseball, brown shoe Army sort of crude joke.]

So, off I go to this foreign land, filled with a sense of adventure, and maybe just the slightest bit of trepidation.

I arrive at my unit which greeted me warmly (except for the Sergeant Major who approved of gonorrhea moreso than lieutenants) as they had a shortage of lieutenants.

They give me a platoon of 50 combat engineers and a platoon sergeant. Truth is the platoon is the sergeant’s not mine.

I wrote about the utility of platoon sergeants here:

I learn my trade — I was a good student.

We are building rafts to cross tanks and a bridge to cross the rest of an infantry division as we simulate attacking to the north to capture a foreign nation’s capital. It is a lot of fun and hard work. 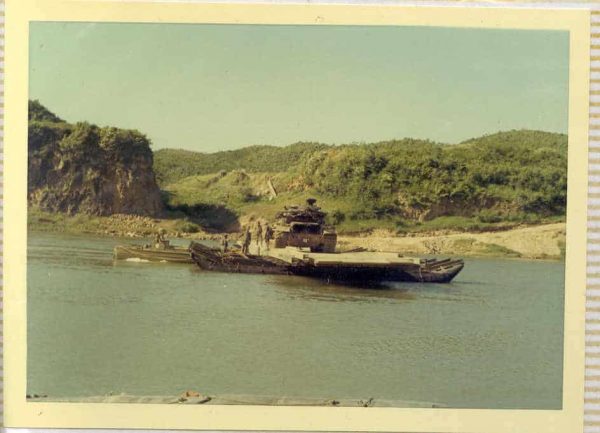 Turns out I am good at this and that I was, in fact, well trained though there are earthy differences between the school book solutions and how it is done in the real world.

There is the Right Way, the Wrong Way, and the Army Way.

The draft was full on in those days, the draft being an exercise in involuntary servitude whereby the country demanded of young men two years service in its armed forces. This had some funny results.

One of the odd results was that you received soldiers of differing backgrounds.

One of my soldiers had a degree in creative writing from Yale and was going to write a book. He was a little older because of the student deferment, but he was on a quest to obtain “material.”

He used to volunteer for duties others would shirk because he said, “That sounds like material.”

One of my other soldiers had a 4-year degree in civil engineering from Lehigh University, an excellent engineering school.

He had worked as a civil engineer for 5 years, had qualified for his Professional Engineer designation, but had not yet taken the test.

He was a Specialist Fourth Class and a boat driver. We used powerful little boats to drive the tank crossing rafts and to position the bridge when we swung it into the current. You can see one of the boats in the picture above wherein we are crossing an M-60 tank.

He was very good at what he did.

Is there a denouement anywhere soon, Big Red Car?

So, that day we actually set the record for the speed with which we crossed the first tank. Very happy was the platoon leader, me.

In the midst of that glory, celebrated with burgers, hot dogs, and cold beer fished from the bottom of garbage cans filled with ice and a diminishing inventory of beer, the Lehigh Spec 4 asks his platoon leader, “Why are you in charge rather than me?”

I gave him my full attention as I detected the tiniest bit of insubordination flavored with a whiff of insurrection (completely wrong take on my part).

I felt where the conversation was headed and, honestly, he had a damn good point.

“So, why, LT, are you in charge and I am not?” Soldiers call their lieutenants “LT” as a bit of shorthand. It is not disrespectful at all.

To which I answered thusly, “I cannot really explain that, but what I can tell you is that I AM IN CHARGE.”

We both laughed. It was that kind of conversation and we were both proud of the results of the whole raft building thing.

He was a very good soldier. I promoted him thereafter to three stripe buck sergeant.

I put him in charge of building some fortifications we were replacing. He did a Hell of a job. I could tell he was a damn good engineer.

When he left for home, I happened to see him as he humped his duffel bag to the truck taking him to the airfield. We chatted for a second.

“You know something, Lieutenant, I was always OK with you being in charge. You did a good job. I really would not have liked the job anyway.”

The whole world wants somebody to be in charge of stuff. We have an every 4 years free-for-all to determine who runs the country.

But, the most important thing for any leader is to actually take charge. The first thing is to realize the people who follow you want somebody to run the show.

And, that, dear reader, is how the cow ate the cabbage long ago, far away. I wonder what the guy from Lehigh has done with his life? I bet he was one Hell of an engineer.