This performance is truly unexpected (welcome) and staggering. Once again, we learn why economists live in such ratty houses. They got it so wrong as to be apocryphal (meaning false, spurious, dumbassed).

Not only did jobs come back, but the stock market has rebounded with some sectors defying their own death certificates.

Airlines (which Warren Buffett dumped from his portfolio with great fanfare) are booming — their stock prices — whilst the price of oil is at $40/bbl, a magic number because shale is back in the mix at that number.

If you bought XOM (Exxon Mobil) at the mid-thirties, you are looking at a current price of $53/share and a likely dividend play at 7.36%.

For those using the second side of the index card to take notes: oil inventories (key indicator of demand) are down by 2MM barrels whilst they had been expected to increase by 8MM inventories. This is huge.

OK, dear reader. Here is it — the US economy got knocked on the canvas. We got counted to 8 on a 10-count, but we are back on our feet again.

There will be some shuffling about, but our head is clear, we still pack a killer right hook, and we’ve been bloodied but not beaten.

We will recover and if the current trends continue — there will be setbacks along the way — the economy is going to win by a knockout.

Who gets credit? Well, I guess WE do. We are America, but I want to give a nod to the guy who started it all — the POTUS Donald J Trump. Nice cheerleading. [Now, y’all can go back to blaming him for everything, but I give him a lot of credit for pimping the economy and getting Treasury to dump money into the economy in record time. Well played, Mr. President.] 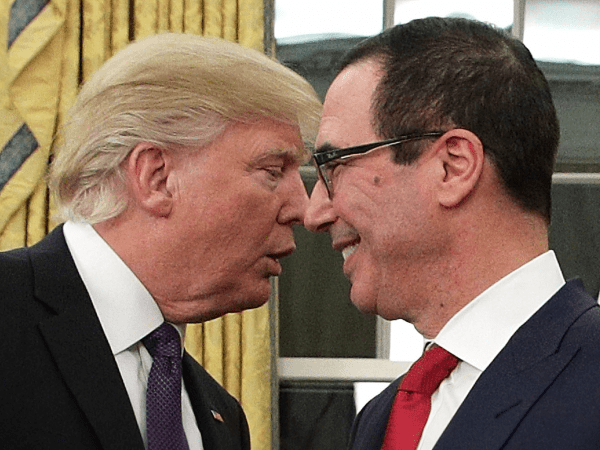 “Steve, you did a damn good job. Well played.” These two guys made this happen — POTUS Trump and Sec Treas Steve Mnuchin. Bravo!

Now, y’all have an optimistic weekend. Be careful. No looting.

Spread the word — the American recovery is underway and we are headed once again for greatness.