A couple of weeks ago, Walmart announced that it had applied for a cryptocurrency patent thereby spawning speculation that Walmart Coin was being plotted.

It wasn’t Facebook with a crowd of the crypto Illuminati floating the idea of its Libra coin to be overseen by gnomes in Geneva. It didn’t attract a lot of fanfare, and it didn’t trigger Congressional hearings.

No, it was plain vanilla, retail behemoth Walmart, who without much pomp or even a twinge of circumstance said, “Hey, we might be interested in an actual application of that blockchain and cryptocurrency stuff.”

Who would have ever thunk it, Walmart?

Nobody really knows why Walmart wants to get into the cryptocurrency business, but there is no shortage of conjecture, much of which makes perfect sense given the rational approach to business the fellas in Bentonville, Arkansas take to things.

The most apparent uses for the Walmart Coin are:

1. As part of a payment system that would allow users of the stablecoin to store wealth and spend it at selected retailers, some of which may not be Walmart.

Instead of putting fiat currency in your checking account, you could put it in your Walmart Coin wallet and spend it at Walmart.

“Hey, Big Red Car, maybe I don’t have a dang checking account? You been to a Walmart in a rural setting lately, Ace?”

Got you covered, amigo. Read on.

2. Think about the above and ask yourself, “What’s missing, self?”

A. I don’t have a checking account. The wizards of crypto call this “banking the unbanked.”

The Walmart crowd knows how to get to Walmart. They know how to pay for stuff. So, there’s no huge leap of faith required to go to Walmart, deposit some fiat currency, convert it to Walmart Coin, and spend it.

You could spend it wherever there’s a Walmart — which is pretty much the whole of the USA plus places like Mexico, Canada, China, India. Huge footprint. [Keep your eye on India. Lots of great stuff getting ready to happen there.]

Style point: The unbanked rely upon pre-paid debit cards as a means of finessing the realities of expensive banking arrangements. These debit cards are just like credit cards. Fees. They have fees. Read on, dear reader.

B. The other thing that is missing is credit card fees.

3. We mentioned credit card fees — fees charged by companies like Visa to use their card. Retailers pay these fees.

The elimination of credit card fees would save Walmart $2,300,000,000 annually. One other study indicated the savings would be more than $3B. Big numbers.

Big numbers will inspire you to take risks and do big things. These numbers would pop Walmart’s profits by 25% */-.

You have to ask yourself what else could Walmart be studying that would have that kind of a payday?

4. Cross border remittances is a huge fee driven business. It is the largest revenue source for the entire country of Mexico — Mexicans living in the USA (legally or illegally, doesn’t matter) sending money back to their families in Mexico.

Today this is done by using some combination of SWIFT, ACH, or the Federal Reserve’s Directo a Mexico program. [When financial folks use a lot of letters to describe stuff, it’s always expensive.]

Others, like JPMorgan Chase Bank, are building their own cross border systems to replace some of these ponderous systems.

What if an individual could deposit fiat currency in Whiteville, NC and a relative could tap into that Walmart Coin in Huatulco, Mexico? No transfer fees involved.

The other thing is there would be less currency exchange rate risk as the Walmart Coin would be currency agnostic.

Walmart has had a longstanding relationship with MoneyGram which is in this cross border remittance business. Walmart already knows this line of business though they don’t control it and don’t get all the fees.

What is NOT going on, Big Red Car?

Walmart is a behemoth in the retail world. If they decide to make this happen, it will happen.

Walmart is the country’s largest grocery store chain. This is important because people need to go buy groceries frequently. Walmart has been innovating with curbside pickup, home deliver, and low, low, low prices.

Walmart has the customers. Now.

Walmart is on the hunt to compete with Amazon as an on-line purveyor of everything. I buy a lot of stuff on-line and automatically check the prices at Walmart. They win half of the time.

Walmart is putting huge amounts of money into tech both developing it and buying it. They are tech savvy and aggressive.

Walmart may be headquartered in sleepy Bentonville, Arkansas, but they are on the cutting edge when it comes to retail in the bricks and sticks world and the tech world. They are players and what they don’t develop, they will slap with a checkbook and buy.

The Walmart Coin gambit would have a ready market of goods, delivery channels, and customers. All that might change is the methodology of payment. That change would be invisible.

This system with its smartphone app, digital wallet, QR Code recognition was built around a product called CurrentC that was built on a skeleton using ACH (automated clearing house). It ran into some issues — allegations of collusion surrounding contactless payment services such as Apple Pay and Google Wallet– and ended up being sold to JPMorgan Chase to become the backbone of their system.

Takeaway? Walmart has already been to at least one rodeo on the issue of payments and fees.

Walmart is in the hunt with their patented Walmart Coin. These boys do not attend fashions shows in Paris and they don’t mess around. The top management does not use mousse in their hair or wear skinny jeans. These guys are business assassins who are not afraid to mix it up.

Walmart Coin is likely coming to a Walmart near you in the very near future. Stay tuned.

This isn’t Libra. This is Walmart. BTW, Walmart is Sam’s Club, Walmart convenience stores, a huge on-line presence, and another dozen initiatives.

But, hey, what the Hell do I really know anyway? I’m just a Big Red Car wishing you a great week. 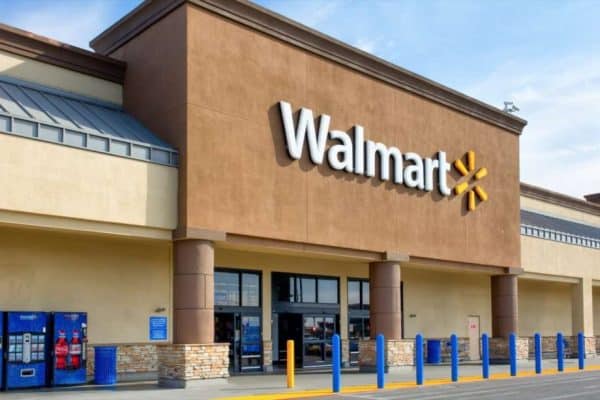