Pal of mine says, “You need some mindfulness training, amigo.” SOB is constantly critical of me, but that’s what pals are for, no?

I admit at the instant he said that I was a little perplexed, but I recovered quickly and Googled “mindfulness” to ensure I knew of what I spoke. I did and the confirmation was empowering. It is always useful to know exactly what words mean.

I came away with the idea that mindfulness was my focusing on the present moment while in touch with my many and varied feelings, thoughts, emotions, and other physical bodily sensations. I ran it by Mr. Mindfulness and he said, “Si, amigo. That’s mindfulness.”

I even did a little on-line course to align my mindfulness meridians and to just get woke AF. Woke is on the same side of the church, but a different pew.

“Woke” is being alert to the injustices of modern society with a particular emphasis on racism. As you know, I am white, old, conservative — so I am almost by default a racist.

He looked a little perplexed himself, so I described what I was saying to him. He’s a damn good listener, particularly if you buy him a CFS (chicken fried steak). This CFS is from The Monument Cafe in Georgetown, Texas. It is a noble establishment serving CFS worthy of mindful persons. 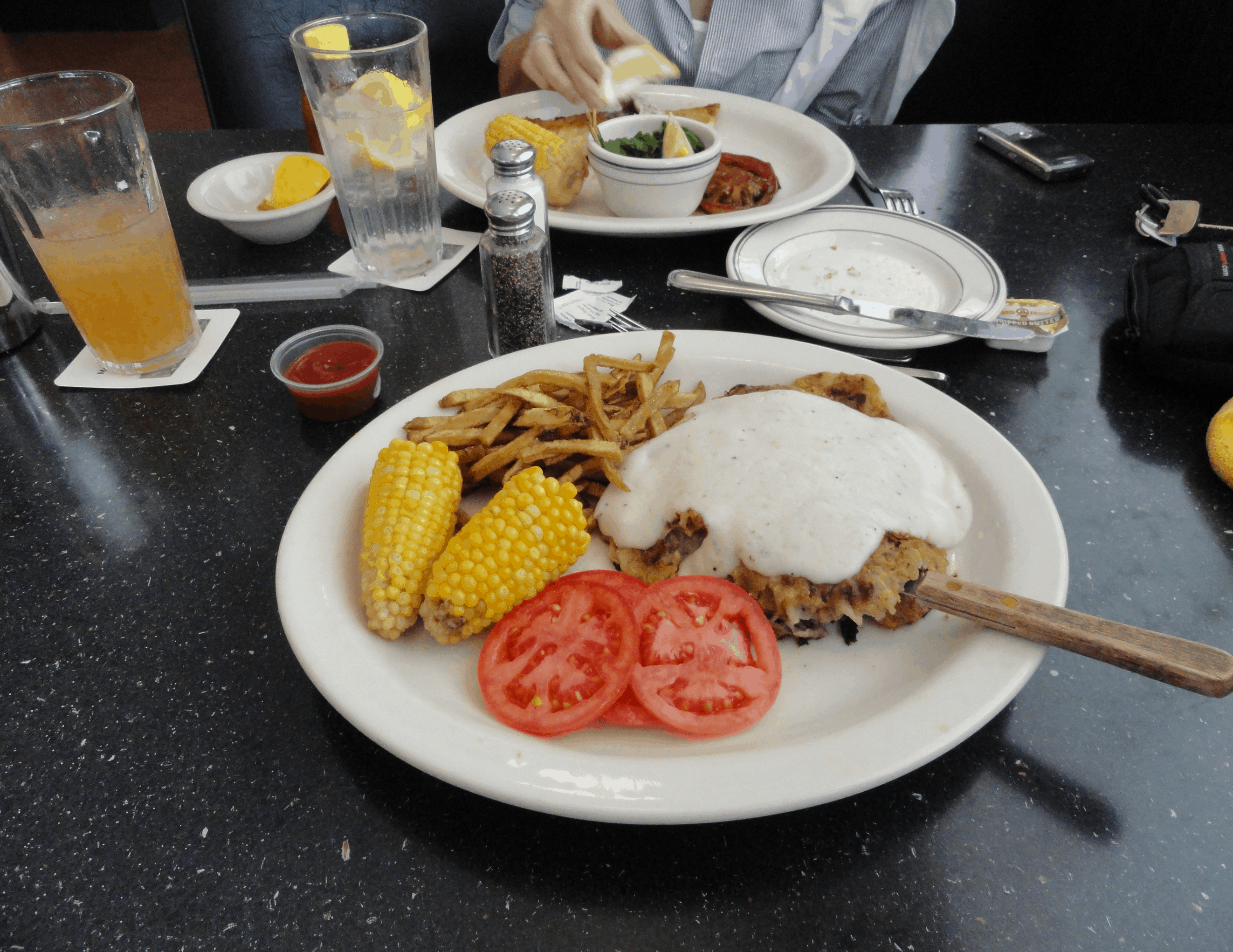 Over time, we all develop instincts based on experiences that leave a residual bit of learning and pattern recognition behind that will allow us to get a jump start on the resolution of the difficulties of everyday living.

To access The Voices, one must find the time to listen, reflect, consider, brainstorm, and, generally, mix a bit of energy with them. Even The Voices require work. You can only hear The Voices if you acknowledge their existence and listen.

I constantly see CEOs fail to take time to listen to The Voices.

The first problem is they doubt The Voices. Sure, I’m joshing you a little, using a term that suggests a bit of wackiness, but I am deadly serious when I tell you that you know way more than you think you do, but to use it you have to access it.

Accessing The Voices takes time and effort. Most CEOs are so damn busy, they cannot invest the time. Of course, like most mindfulness things, the time invested up front saves a considerable amount of time in the long run, thereby justifying the time investment.

Did you get that? If you isolate and listen to The Voices, it will ultimately save you time, so the investment is justified if the lens is time.

As a CEO coach, I am constantly getting CEOs to plumb the depths of what they already know to solve problems. I prod those dark recesses with a poker to see what is in there. Often, the answer is in there. The CEO just hadn’t done the work to find The Voices.

We know what we know.

Some of us know what we don’t know.

The bridge amongst those lines is often The Voices — the deep thoughts stored in the recesses of our minds that we rarely visit, that provide some key bit of wisdom or pattern recognition to slay that particular dragon.

1. Do you believe in the concept of The Voices? If the answer is NO, drive on and go check Buzz Feed.

2. If you do believe that we unconsciously store a lot of good, useful, earned-at-full-tuition information, take a second and think — THINK — how you are going to access it?

3. The next time you confront a problem, take a second and use your anticipated methodology — listening, reflecting, considering, brainstorming, splash of energy — and see what you have experienced that bears on the issue.

4. Identify what rules of man, nature, physics bear on the subject and decide how The Voices are telling you to deal with it.

5. Listen to The Voices, write down what you think they are telling you, apply the wisdom or pattern recognition.

It was a dark and stormy night as I was thinking how we might get permission to build a tall building in Austin By God Texas. Every city block in downtown has an alley that bisects the block thereby, essentially, making a “block” two half-blocks.

There were all kinds of rules pertaining to setbacks from property lines — an alley is a property line — that limited how tall a building you could design including something called the “wedding cake” rule. The building can rise higher if you step it back at height like a wedding cake.

The problem confounded me. I put my mindfulness hat on (confession, in those days I had never heard of the word mindfulness) and drummed up The Voices.

“I want to build a tall building. There is a problem with half-blocks and property line setbacks. Got anything you can suggest?”

“Have you thought about leasing the air rights over the alley for a couple hundred years? Like you did on that other deal five years ago? City does air rights leases all the time. Maybe that’s the ticket. Got to run.”

Of course, the air rights lease — hundred years with a hundred year renewal — turned out to be the ticket. I’d leased air rights before in a different city to extend utilities over an alley. I researched the local zoning code and found no guidance as to what could be built in the air rights. Owning the air rights also made the property line issue disappear on that side of the building. Voila.

I threw the idea of leasing the air rights into the discussions with the architect and he said he could design a building with a huge opening over the length of the alley. Turned out to be a great feature as the building’s services now came off the covered alley.

Side benefits: We did not have to relocate all the utilities running down the middle of the alley and it gave us access from three streets, always a good thing in a central business district.

I sought out The Voices. The Voices spoke to me. I listened. The building was built. If you look at the left edge of this picture, you can see the opening to the alley. 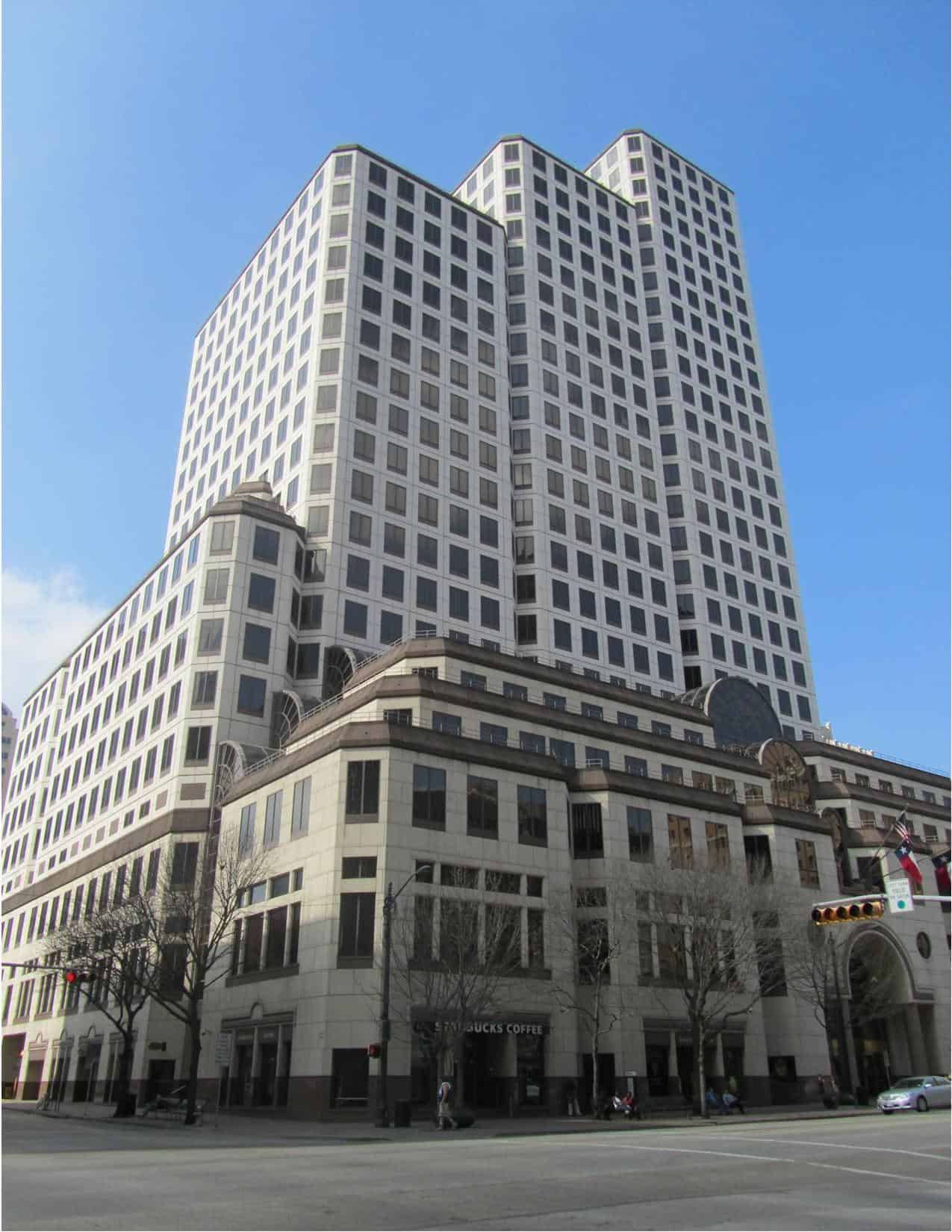 OK, dear reader, there you have it.

But, hey, what the Hell do I really know anyway? I’m just a Big Red Car. Go to run, The Voices are calling me. Have a great weekend.