Today is special to me for three reasons:

1. Veterans Day – I am from a military family and I was a professional soldier as a young man; 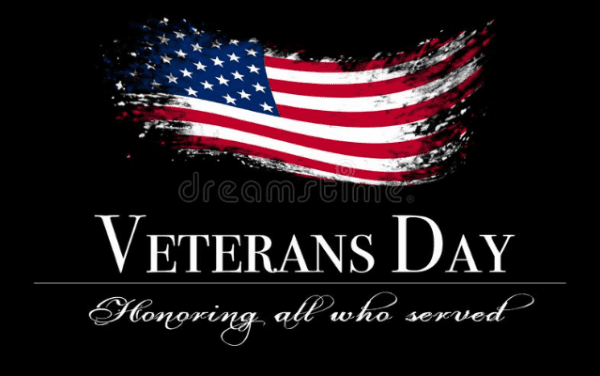 2. The founding date in 1839 of my beloved alma mater, the Virginia Military Institute; and,

3. The founding date also in 1839 of the city of Austin By God Texas where I lived and worked for more than 40 years and where my wonderful children were born.

On being a veteran

I took a quiet minute today to reflect on my Army days. I served as a combat engineer officer during the Vietnam War Era and commanded combat engineers in the US and overseas.

I saw a bit of the world. It was an exciting time to be in the Army with the war and a massive American presence in Europe.

I received my first command at the age of twenty-two which sounds very young today, but was not in those days. With my VMI education, engineer officer basic course, airborne school, and Ranger school behind me, the Army gave me 50 men overseas and said, “You are responsible for everything that happens or fails to  happen to these men. Their mothers expect you to take care of them and to safeguard their lives. Do your damn best, lieutenant. Go take charge.”

The Army was realistic and gave me a salty, seasoned platoon sergeant – I had a blessing of platoon sergeants, one of whom had been nominated for the MOH in Vietnam and was awarded the Distinguished Service Cross – who had whelped a goodly number of lieutenants, many of whom survived the experience, though that was not guaranteed.

I had a huge advantage as my father was career military, my mother served in World War II, and I had been raised on Army posts.

Still, the real Army is woefully different than VMI and you have about five minutes to figure that out because soldiering comes at you 100 mph and 25/8.

My platoon sergeant trained me well and within a short period of time that platoon was actually mine and I had learned to always ask the platoon sergeant, “How would you do this?” before I gave any orders.

So, what did you learn, Big Red Car?

I learned to take charge – in life one does not receive power, you must take power – to be responsible/accountable, I learned how to command soldiers, I learned how to give orders and ensure they were understood, and I learned how to solve problems for my soldiers. VMI had trained me to perform under pressure and with careful attention to time.

Soldiers used to salute me and I returned their salutes, but I was wholly unworthy of their respect, but I ultimately earned it.

From that command of 50 combat engineers I would ultimately command 600 combat engineers at Ft Dix, NJ as it was a major out-processing point for those finishing their enlistment. By this time the war in Vietnam had concluded and the substantial fighting force of as many as 4MM soldiers was contracting.

Most of the men assigned to that unit – beyond the actual core of permanent soldiers – had about six months left on their enlistments and it was my job to train, discipline, feed, and command them until  that magic date arrived.

I also had soldiers who had been convicted of felonies awaiting their final appeal at the Court of Military Appeals. Now, that was a damn experience.

How does it make you feel today?

Funny, but I have come to realize it was a privilege to have commanded troops and damn good troops. I will graciously receive your gratitude for my service, but it is me who should thank you for the opportunity to serve and to command the young men of America’s mothers.

It was an incredible growth experience at an early age and the responsibilities were, literally, life and death. Not to pick too many scabs, but there are a few decisions that I made that had less than ideal outcomes and I am haunted forever by them.

I will never forget being a Notification Officer and having to tell a mother at 7:00 AM on a Sunday morning that her son had been killed. An odious duty, but it must be done and when you are in your early twenties, it is a marking experience.

I enjoyed the hard work and camaraderie, the male bonding experience of doing dangerous things under pressure, and the ability to be a steward for the welfare of my soldiers.

Everything I ever needed to know to found and run a private company in civilian life, I learned as a combat engineer company commander.

Combat engineers fight like infantry while also building and destroying things. Demolitions and explosives is always a kick.

It was all great fun even the terrible parts.

How do you communicate that to civilians?

It is hard. There is no real way to explain what it is like to sleep on the ground in incredibly cold weather or to step out of an airplane into the pitch black to drift to the ground beneath a parachute or to have a young soldier look at you to make a decision that may cost him his life.

I fear that with the end of the draft and our very small modern, volunteer Army, we are losing a critical part of our culture – service in the military. We have certainly lost our direct connection to World War II.

The Army is a noble undertaking and is the first, last, and only bulwark against the evil in the world that would steal our freedom. It is necessary and the American public should laud service, not just because of its necessity, but for the transformational impact it has on young women and men.

God bless our veterans. God bless the US Army. See you on the high ground.

If the Nation needs me, give me a call; I am ready to go. I can still turn the crank on a blasting machine.