With the (unfortunate or fortunate, your pick) results of the mid-terms still smoldering, it is worthy of some discussion as to how the Dem and Reps view the actual process of casting a ballot.

It is easy to say:

1. The Dems take an “all of the above” approach to voting; whilst,

2. The Reps focus – to their detriment – on casting ballots on Election Day

All of the above, Big Red Car, care to explain that?

Certainly, dear reader. Here are the ways one may vote in an election. It differs from state to state.

1. One may vote via a “mail-in” ballot up until Election Day.

2. One may vote via a “dropped off” mail-in” ballot. These ballots are dropped off at designated locations until Election Day.

3. One may vote via an “absentee ballot” which is a special situation mail-in ballot.

5. One may vote in person on Election Day often at any location/polling point as there is a computerized voter roll for the entire county.

Remember that voting is overseen and administered by the local county and that county is controlled by one or the other party.

That Voter Roll is typically certified thirty days before the election – though some states allow registration up and until the actual vote.

The Voter Roll is impacted by:

2. Folks moving into the county;

3. People moving out of the county; and,

One may joke that grandpa was a straight ticket Republican voter until he died, whereafter he was a solid Democrat vote.

How does one prevent dead folks from voting? Get them the Hell off the Voter Roll is a damn good start.

The Dems take an all of the above approach to registration and voter turnout. It is particularly true when they control the local vote apparatus in a specific county, such as Travis County (Austin, TX) or Chatham County (Savannah, GA).

The Dems do a much better job of getting their voters to vote via mail-in ballots, absentee ballots, early voting, and on Election Day. It is the rare Dem who still has not cast a vote by Election Day.

The Reps cast the vast majority of their votes on Election Day.

This is why when early returns are tabulated starting with the mail-in, absentee, and early votes, the numbers always favor the Dems; and, why when Election Day counts begin to pile up the pendulum swings back to the Reps.

Simple – the Dems work harder and are better organized. This is the grit of Nancy Pelosi trickled down to the grassroots level v the GOP establishment, be-suited grandeur of Mitch McConnell lording over things from afar.

It gets down to leadership, funding, and organization.

This is particularly important in the instance of mid-term elections wherein the voter turnout is essentially half of the Presidential contests.

This election was an Election Season v Election Day fight and the Dems ran the table. For goodness sake, they elected a dead guy in one race.

If the Reps want to be competitive, then they need to find a leader, raise the funds, and get organized down to the grassroots level to turn out their voters.

It is a big chore, but it isn’t complicated. It will require a lot of hard work.

Do not mistake this as a “data” chore; this is blocking-and-tackling voter registration/turnout operation and an Election Season approach is essential to success. 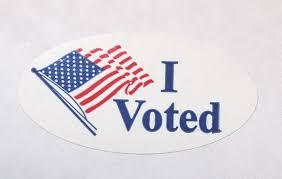