Every ten years the United States conducts a census of the country and reapportions the number of Congressional House seats for the next decade based solely on the census. Pretty straightforward stuff, no? 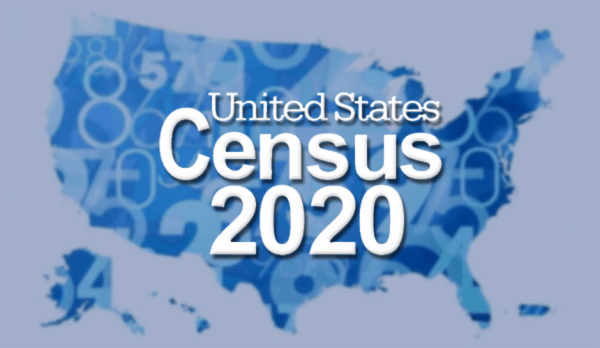 Not so fast, amigo. Let’s dig a little deeper.

Something is rotten in Denmark.

Last year was a census year and the following changes resulted, based on the Biden admin’s final analysis of the 2020 census undertaken during the Trump admin:

Pretty straightforward, no? Nice pick up for the Republicans at first glance? Yes, I think so.

Not so damn fast, amigo.

The Big Deal is this; the strict methodology for the census is:

1. The conduct of the actual census,

2. A preliminary estimate based on the actual census,

3. The announcement of the final census numbers,

4. The reapportionment of the Congressional House based on the final numbers (above).

Normally — meaning the last census in 2010 — the differences between the estimate and the final census numbers are miniscule. Miniscule. Like less than 0.5%.

This year the difference between the initial or prelminary estimate and the final analysis census numbers was as follows:

Blue state populations INCREASED by 2,500,000 — after the preliminary estimate

Red state populations DECREASED by 500,000 — after the preliminary estimate

This is the equivalent of four Congressional districts and their seats moving from the Republican column to the Democrat column.

Currently, the Dems have a six seat majority in the House with five seats vacant. The Dems have a razor thin majority so something like this is very important.

Lay it out, Big Red Car

Fine. Let’s investigate what the census told us in its preliminary, its initial census report — what we call the estimate.

The initial census report had the following results:

1. New York was to lose 2 seats. Ultimately, New York lost a single seat. They “found” a lot of additional population for NY between the initial and final sets of numbers.

This is a total of 3 seats difference. The impact is as follows:

In all three of these instances, the winners were Dem/blue states whilst the losers were Rep/red states.

OK, let’s dig into some facts.

New York is estimated to have lost 1,300,000 people over the last decade based on multiple tracking services. Even New York State itself agrees based on its budget documents. NY State admits it lost population in the last decade.

This is the equivalent of two Congressional districts.

3. States with substantial DOWNWARD revisions from the initial estimate to the final analysis: Arizona, North Carolina and South Carolina.

1. Every state was within 0.4% when comparing initial estimate to final analysis. Every single state.

Give me a reason why, Big Red Car?

Sure. Here is exactly why.

2. The 2020 census preliminary estimate was conducted by the Trump admin.

3. The 2020 census final analysis was conducted by the Biden admin.

4. The Congressional House reapportionment was conducted by the Biden admin.

Are you saying the Biden admin is cheating, Big Red Car?

I am accusing the Biden admin of cooking the books such that they were able to move 3-4 Congressional House seats from the Republican column to the Dem column by pencil whipping the final analysis wherein they moved 2,500,000 heads to the blue states and wherein they eliminated 500,000 heads from the red states.

Does any honest person reading this blog post think the Dems incapable of such skullduggery? I think not.