I am an issues/outcomes equal opportunity critic. I care not a whit about the politics of the issue or the sponsors.

This is why I liked the First Step Act (lauded by Senators Kamala Harris, Booker, Warren, and fellow travelers) and the the Canadian Softwoods Lumber Tariff.

The FSA was good policy supported by a bi-partisan gang of legislators who all took credit for it. 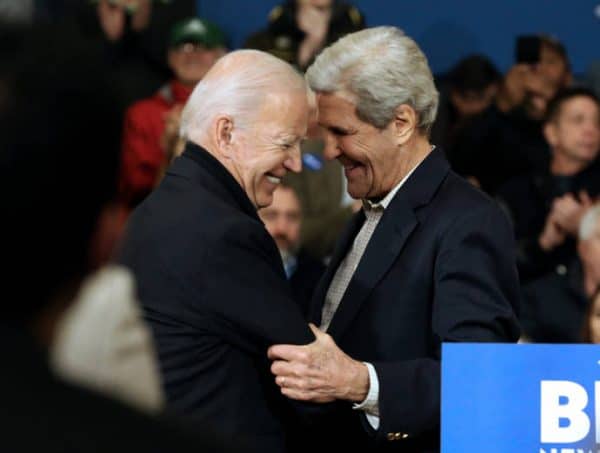 Is there anything that says “Old School Establishment” louder than two fakirs like Biden and Kerry — OK, I know their kids have a business relationship, but still.

I know that Biden critics will be tempted to say, “The guy has been in DC for most of his 78 years, what did you expect, you moron?”

I expected more than Obama #2’s, dear reader. I did.

So what was so bad about the Obama foreign policy, Big Red Car?

1. Firstly, we had the hilarious improperly translated Russian reset with the clownish Hillary Clinton and Sergey Lavrov.

[BTW, Lavrov is a very steady hand for the Russians — 10 years as Russian UN Ambassador and 16 years as the Russian Foreign Minister. His opinion of Obama, Biden, and Trump is worth a read. HRC hated him because he is a very skillful negotiator and worked the Obama admin like a rented mule.] 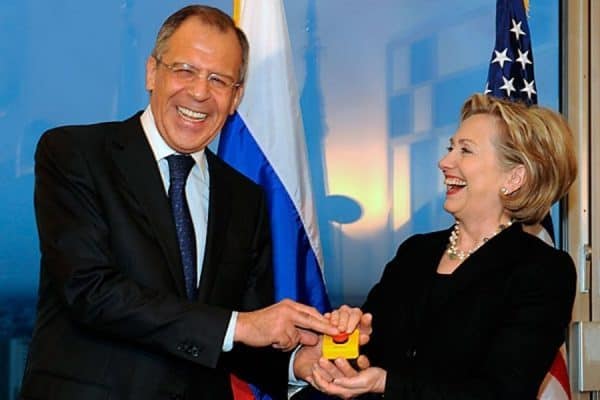 I will tell Vladimir to take Crimea whenever he wants to. These morons have no balls.

2. Russia, apparently, didn’t get the message that there was a new sheriff in town as they subsequently stole Crimea from Ukraine.

In the 21st century an aggressor nation stole another country’s province by dint of arms and faux election self-determination and the US and NATO did nothing.

The feckless Obama admin sent the Ukrainians body bags and bandages rather than lethal offensive/defensive weapons.

3. We did lead from behind — right? That was the official utterance from President Obama explaining his, the admin’s, and the nation’s approach to foreign affairs.

The guy actually said that and is proud of it.

4. The Chinese took advantage of the Obama admin by seizing and militarizing a dozen contested atolls in the South China Sea. After telling the US they were simply building fishing fleet maintenance facilities — a dozen of them? — the Chinese installed 12,000′ runways (for bombers and fighters), radar arrays, and shore-to-ship missile arrays which put 45% of the world’s shipping as well as emasculating the best anchorage in the Far East at Subic Bay, the Philippines.

The Obama admin had put VP Biden in charge of the China portfolio to sort this out. That worked out well, eh?

5. The Chinese put their boot on the neck of Hong Kong and renounced the “One China, Two Systems” policy.

6. When Trump came into office, he was left with a North Korean situation teetering on the edge of war. This was the result of the Obama foreign policy team.

7. Iran — unassuaged by a boat load of cash from the Obama admin — was hard at it with Hamas, Hezbollah, and threatening the safety of the Straits of Hormuz.

In addition, the largest exporter of terror in the world was left well funded and ten years away from legally building a nuclear weapon under the auspices of the infamous Iran nuke deal.

Biden wants to re-join this absurdity.

Who doesn’t love the idea of a nuclear armed Iran with all the US restrictions lifted? What could possibly go wrong with that?

8. NATO was a paper tiger — the same NATO who got caught by surprise by the Russians in the Crimea — that sent its bills to the White House and traded with the Russians to buy liquid natural gas to which the Obama admin did not object.

Germany allowed the Russians to build not one, but two pipelines to serve them. What do you think happens when the Russians turn off the tap in the middle of the winter?

9. The same Obama admin had our fleet in port because it had bled them dry on funds, had massive shortages of ammunition, and had less than half of the US air arsenal operational.

[OK, I get it that this is “defense” but at this level foreign policy is impacted by whether you can back your threats up or not.]

10. Speaking of threats — ballless President Obama threatened the Syrians with armed retaliation if they crossed the RED LINE of chemical weapons deployment. You know how that turned out, right?

I am going to limit my criticism to ten examples so I am not accused of piling on. I think you get the idea, no?

Please also note that out of respect for Hunter Biden I did not mention China beyond the S China Sea. How does a Biden admin work with China?

Haha. You really want to go there?

Let me just give you the highlights, may I?

4. NATO off the sugar tit, paying its way again.

America may be back. Biden may be getting ready to Build It Back Better, but his foreign policy team is assembled from the dregs of some very unsuccessful meatheads who wrecked American foreign policy the last time around.

I’m smelling a lot of Obama 3.0 in the Biden foreign policy team and policies. The Ayatollahs are dancing in the streets. The Chinese are happy.

But, hey, what the Hell do I really know anyway? I’m just a Big Red Car. Maybe these clowns learned something in the last four years. Think so?