We are starting a new series here at The Musings of the Big Red Car.  We are calling it “The Character Traits and Skills of the Successful CEO” and today we are starting with “discipline”.

The Boss was visiting with one of his CEO clients and they had a lively discussion of the importance of personal traits and skills of the CEO as compared to the values of the company itself.  It was a very good discussion.  I overhead the whole damn thing and these guys were really having a ball.

So, I thought I would share it with you, Old Sport.  Because all I want to do as a Big Red Car is help you get better in the CEO-ing business or to get ready to become a CEO.

Discipline, as used in this discussion, is intended to suggest a prescribed and orderly way of doing things which may evolve into a system or set of rules as to how to conduct the business of the enterprise.

It also suggests a repetitive set of behaviors which are predictable in both their application and outcome.

Focus on the outcome, Old Sport, because once you have the right outcome the ability to repeat it is the key to success and, to cast a larger net, scalability.

As The Boss likes to say:  “Nail it then scale it.”  Get it right and then grow it big.  Got it, Old Sport?

The Boss is very fond of looking at business as a set of individual processes that if understood and documented provide in their very documentation an opportunity to optimize the process itself or when something goes afoul to be a frame of reference to improve and correct the process.

A good process flow chart will also allow you to know exactly where you are in the process at any given time.

Here is an example of a bit of “process” thinking.  Do not worry about the content but focus on the flow of the process.  Can you indeed imagine that you would be able to know exactly where you were at any given time?  Just click on it to see it at a larger scale. 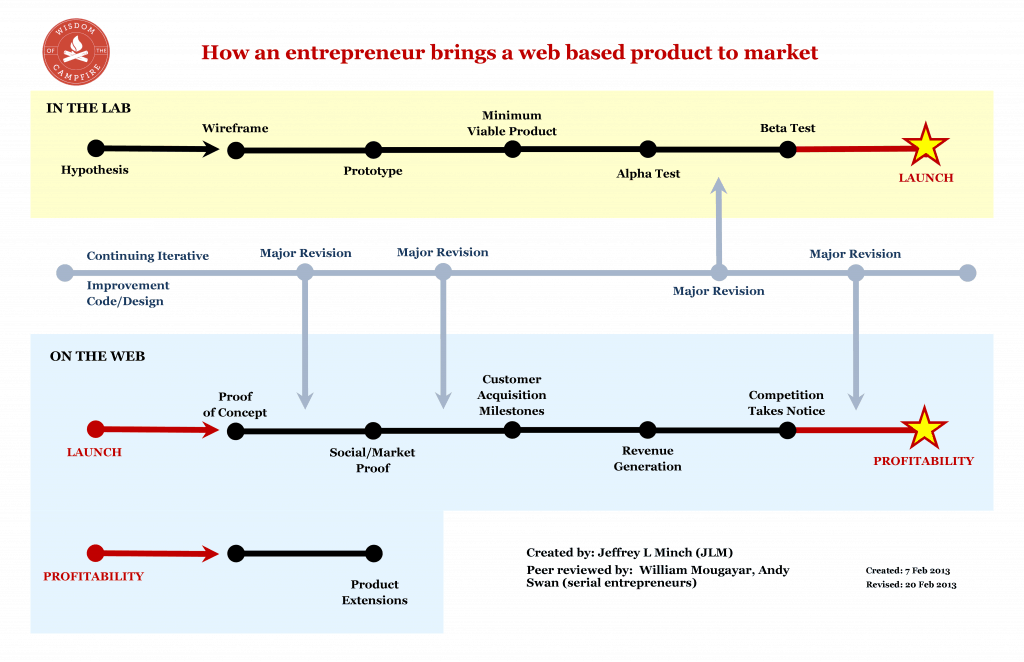 If you run a United States Securities and Exchange reporting company, you will become familiar with the provisions of what is colloquially known as Sarbanes-Oxley Section 404 process documentation which requires companies to graphically describe their financial controls and to discuss their adequacy.  This is simple process documentation of the fashion of which we are speaking.

In the CEO-ing business, discipline also means having the fortitude to do without something — remember we are paying homage to the concepts of lean, nimble and agile in running the business, right?

The ultimate test of discipline in life is — foregoing chips and salsa when eating TexMex?

WTF, Big Red Car, are you talking about?

Well, the Big Red Car is going BIG today and defining real discipline as the ability to forego chips and salsa at Matt’s El Rancho, the King of Mexican Food on South Lamar in Austin By God Texas.  The Big Red Car has thrown down the ultimate gauntlet.

And to do it one better, no guac and no Bob Armstrong either.  If you have to ask what is “guac and a Bob Armstrong” then you better get your butt down to Matt’s and find out for yourself.

Oh, you TexMex aficionados, you know what the Big Red Car is talking about, don’t you?  Foregoing chips, salsa, guacamole and a Bob Armstrong is an exercise in real discipline and is great metaphor for the type of discipline that a successful CEO is going to have to be able to call upon on the path to the pay window.

The Big Red Car wants to make it very, very, very clear he is not suggesting that you forego a cerveza or even a lime in your cerveza or some great TexMex, no this particular torture is limited to the aforesaid chips, salsa, guac and Bob Armstrong.  Because, Old Sport, that requires real discipline.

OK, Big Red Car, if you are going to torture us with no chips, salsa, guac and Bob Armstrong — at least tell us The Boss’s favorite TexMex joints.  [We won’t tell The Boss you told us, Big Red Car.  We promise.  Hehe.]

OK, Grasshopper, here they are:

2.  In San Antone: Mi Tierra at the Mercado and Barrio’s on Blanco — both locally owned.

There are a million great TexMex joints in San Antone and the TexMex is just a notch different than Austin — Hell, everything is different in Austin.

[No, we will not be discussing tequila as part of this discussion, Old Sport.  Remember we are discussing discipline dammit.  Have some freakin’ discipline.  And do NOT tell The Boss I told you his favorite TexMex joints.]

So, one of the most important traits and skills of a successful CEO is discipline.

Be kind to someone you really love — yourself.