Here is an excellent graph (thanks Advisor Perspectives and dshort.com) which tells a great story. 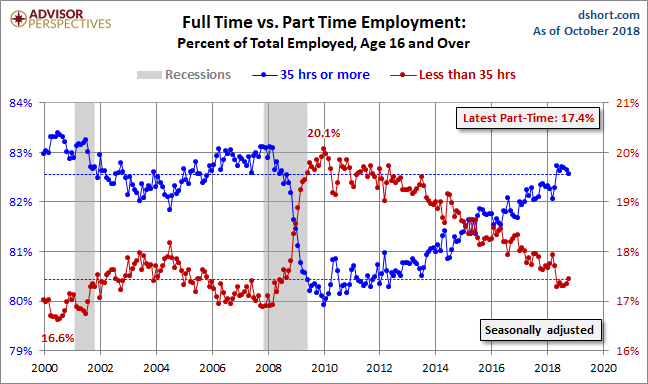 A couple of words of caution.

2. It defines full time employment as being 35 hours per week or more.

3. It defines part time employment as being 35 hours per week or less.

Dear reader, don’t be short with me. Here’s what we learn:

3. Some time around early 2015, the trend lines crossed and continued in their same direction.

As you can see, almost a decade after the recession, we are still not where we were as it relates to full time jobs.

This indicates a continuing need in the US to keep an eye on job creation. We are not out of the woods just yet.

But, hey, what the Hell do I really know anyway? I’m just a Big Red Car. Jobs — keep an eye on them.