I am a total skeptic as it relates to the development of drugs in the United States. I think it is a rigged and corrupt system. That is, however, not the point of my blog post today. 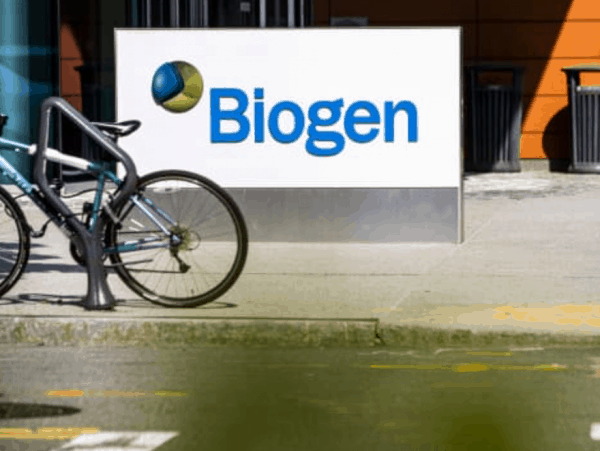 [The marketing guys got ahold of the boss and the drug will be marketed under the name ADUHELM. I know, not much of a name, but beats the Hell out of aducanumab.]

So what, Big Red Car? Fact us up, please.

OK, here are some facts. Let’s start with the numbers, shall we? 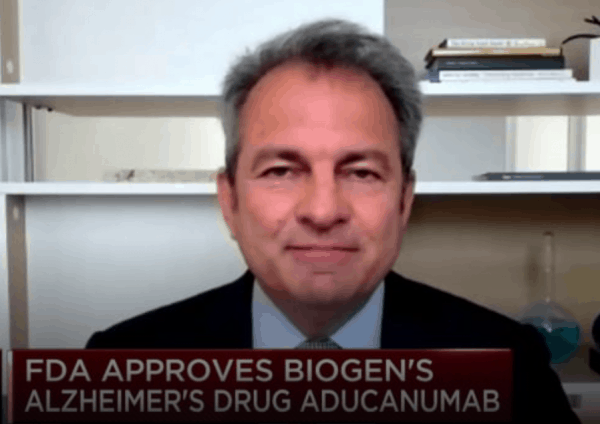 This guy right here, Biogen CEO Frenchie Michel Vounatsos (medical doctor with an MBA who worked for decades for other pharmaceutical companies including Merck and Ciba-Geigy), set the price based on what the market could bear.

In setting the price, Biogen CEO Michel Vounatsos said it was based on the size of the total market related to Alzheimer’s. Huh?

2. The market (analysts who follow drug stocks and who were handicapping the impact on Biogen’s stock price) was expecting a cost in the range of $10-25,000 so the $56,000 price tag is quite a bit higher. Again, Biogen set that price not based on the cost of its research, approvals, cost to produce, fair profit margin — but on what they could get away with.

3. Since Alzheimer’s hits older folks, this cost is going to be borne by the US government (meaning you, taxpayers) through Medicare Part B.

5. Analysts who have studied the market, the number of folks suffering from Alzheimer’s, and Medicare see the immediate impact for Biogen being in the $14,000,000,000 range.

6. Medicare has no role in or ability to negotiate drug prices with suppliers, but they have to pay for them through Part B.

Normally, if one could be assured of being cured of the scourge of dementia one would say, “Well, the results are worth it. Pay up.”

In fact, the FDA’s outside advisers denied approval last year based on the data Biogen submitted. It is not the pill that makes all the problems go away. Sorry.

It is, however, the first Alzheimer’s drug approved in 20 years.

The stock market liked it as noted below: 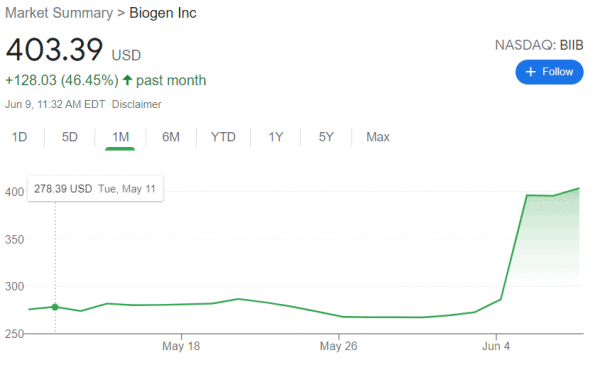 It is time to do the following:

1. If public funds are going to pay for things — in this instance Medicare Part B — then the government has to jump in the middle of drug pricing.

2. There has to be some price transparency as to how a company like Biogen priced this drug at $56,000 per year. Pricing based upon what they can get away with and what Medicare will pay for is bullshit. It’s predatory.

3. It is time to harness the buying and negotiating power of Medicare in the pricing of drugs when Medicare is paying for them. This is long overdue.

4. Politics — meaning drug company lobbying efforts — has been the major impediment to price competition. Let’s get the politics out of healthcare and drugs. [I sound like a total lefty, but I believe it. Illness should not be a political issue.] 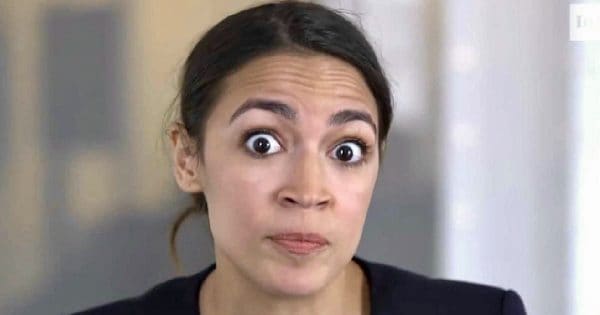 Wow, listen to the Big Red Car. You closet lefty. Let’s have drinks?

That’s it. This drug may be the straw that finally breaks that camel’s back and it should be.