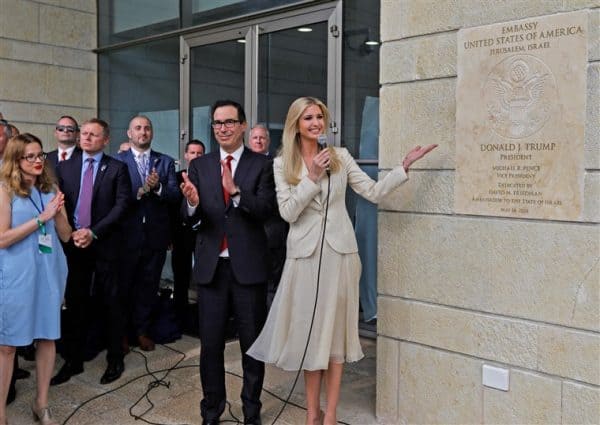 Iran and the off ramp

Which brings me to the issue of the US v Iran. Today, President Trump gave us a lesson in a different kind of lack of restraint and resolve with a side order of pragmatic reality.

President Trump ordered the killing of an evil man, Gassem Soleimani. You may look elsewhere for the bill of particulars that justified this action. It is overwhelming, incontrovertible, and it was dangerous.

Six months earlier, President Trump had drawn a red line with the admonition not to kill Americans through terror. The Iranians ignored it.

Others said, “There is no strategy for what happens next.”

Iran, in the person of its unhealthy, not-long-for-this-world, ancient Supreme Leader, the Ayatollah Ali Khamenei, promised a fierce revenge, maybe the start of an escalating set of actions with the Strait of Hormuz in danger and, thus, the oil global business.

In response, President Trump told the Ayatollah that the US had a target list of 52 sites including command and control sites within Iran that would feel the full brunt of American might.

What happened, my dear readers, was that the Ayatollah threw 15 ballistic missiles from Iran at two bases in Iraq that held American forces. Eleven of them arrived, 4 didn’t work, and no Americans were killed.

[It is fair to say that those ballistic missiles landed EXACTLY where the Iranians wanted them to land. They subsequently claimed, for domestic consumption, massive destruction and 30 dead Americans. Total baloney.]

President Trump then did something that nobody thought he might do: He exercised cunning restraint and chided the face saving Iranians while erecting a path to Iran one day re-engaging amongst the civilized nations of the world, but with an important admonition. That admonition was that Iran would never, ever possess nuclear weapons as long as he was President.

1. President Trump killed Gassem Soleimani and exerted the Trump Doctrine. This was a good stroke.

2. The Iranians saved face — a smart move as they were no longer risking “face.” They were risking their heads.

4. The days of the US kissing Iran’s butt to arrive at a fictitious Iran Nuke deal are over. The American resolve to ensure that there will never be a nuclear Iran is clear.

5. The Iranians sent a very pointed message when their Prime Minister tweeted:

“Iran took & concluded proportionate measures in self-defense under Article 51 of UN Charter targeting base from which cowardly armed attack against our citizens & senior officials were launched. We do not seek escalation or war, but will defend ourselves against any aggression,” Mohammad Javad Zarif tweeted.

May I translate that for you: “Ahhh, we was just kidding. No mas, amigo?”

Word of caution: Now is NOT the time for chest beating, for unleashing military testosterone, for trumpeting the Iranian blink. Now, is the time for serious men to shape the future, to get down to business to make the world safer. Now is the time for the statesmen — backed by a fierce President and a fierce military — to work this out. It may take a few more exchanges, but American resolve is no longer in question. This time America is coming with the full strength and authority of being right.

6. Today, backed by the entire National Security apparatus, President Trump gave a speech in which he picked up the Iranian olive branch (such as it was) and said we can work this out, but there will be no Iranian nuclear weapons.

In evaluating this I want you to consider three things:

2. American resolve is alive, well, and believed. This dramatically changes what the Iranians can do and they know it.

3. When the world was at the edge of war, President Trump walked it back, showed remarkable restraint. He gave the Iranians the credit for “standing down” when, in fact, he had backed them down.

Here’s the big thing — President Trump knew exactly what he was doing every step of the way.

When you look at that assembled talent surrounding President Trump as he spoke today, do you doubt for a second that you were looking at patriots, men who are at the top of their craft, men who had a plan?

We are safer today than we were a week ago and I know exactly why that is.