It was 77F today in the ATX, lovely temperature for this time of year, bit cloudy, so no sunscreen. I hate putting sunscreen on in the winter, but I will.

Warmish where you were? Haha, no it was cold as Hell. Global warming much?

So, I am the biggest Carolina Tarheels basketball fan in the world. This year has been tough with the Heels in tenth place in the Atlantic Coast Conference. [Duke is #1, adding insult to injury.]

The coach of the Heels, future Hall-of-Famer Roy Williams, had this to say after being beaten like a rented mule by Georgia Tech at Carolina in that holiest of all holies, the Dean Smith Dome, 96-83.

Whoa, whoa, whoa, Coach Williams. What did you just say? 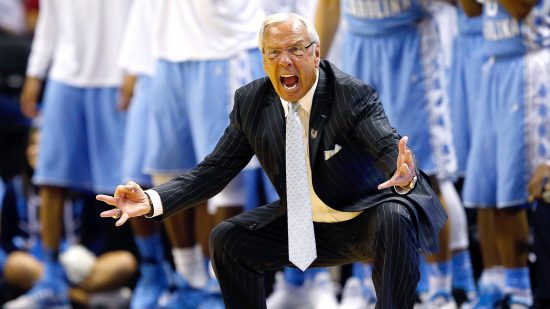 Coach, that is wrong on so many different planes.

You recruited this team.

You planned for this specific talent.

You put together the game plans.

You worked this team in practice.

You own this team.

You do not — NEVER — talk shit about your team. Not ever. Never.

Even if you get beat by Wofford (yes, the Heels got humiliated by Wofford 68-64 in the Dean Dome, at least it was the men’s team, not the ladies) and the Wofford players met the Carolina cheerleaders downtown for a drink afterward, you still defend your team.

Coach Williams, I am very disappointed in you, Ace.

Sure the Heels have had a few injuries, but injuries are part of the mix, the mojo, the game. You work around them, you adapt, you overcome.

Coach, you have disappointed me greatly and now Duke is going to beat you like a red headed, frizzy haired, stepchild with a lisp. You are invoking all kinds of bad juju — nasty, ugly karma.

Get it together, Coach. Duke is 8 February 2020 and they say they are going to hang a hundred and a half on you, Roy. At the Dean Dome. In front of the whole world. Duke. Coach K. Get it together and coach like you’ve never coached before. Work the Heels Magic. Out.