OK, so there are powerful forces at work here, but, first, we need a nap. A nice refreshing nap.

Mattresses are a symptom of several interesting things:

1. Mattresses are symptomatic of how the Internet is wrecking “bricks & mortar” retail.

2. Mattresses are symptomatic of how the Internet is spawning unbridled competition.

3. Mattresses are symptomatic of how the cycle of legacy businesses disrupted by the Internet and returning to the original legacy methodology is asserting itself.

4. Mattresses are symptomatic of how the commercial real estate business is being impacted by the move of commerce to the Internet.

Mattress Firm, industry leader with more than 3,600 stores and $3.4 in revenue 2017, is mulling a bankruptcy filing to avail itself of the ability to reject leases as part of its rights under US bankruptcy law. Under bankruptcy law, the bankrupt estate (Mattress Firm) can reject any of its leases it desires. This is a way to trim the losing stores from the portfolio and retain the profitable stores. The company is said to have a target list of which stores are and are not profitable.

Speculation is they want to jettison up to 1,200 of their stores having closed 200 last year. Each store is 5-8,000 SF. They have 60 such stores in Houston, Texas, as an example of their footprint in a major city.

The company is owned by a South African conglomerate (Steinhoff Holdings which bought MF for $3.8B in 2016) which lost more than $100MM in MF in the last six months. This is a capital intensive business not just because of the number of bricks & mortar stores, but because of the enormous inventory and distribution network. [The company was profitable in 2016, which is a measure of how quickly things can change in the face of disruption.]

The company employs 10,000 workers and operates 75 major distribution centers. They control more than one third of the US market. Wow!

Obviously, Mattress Firm is the legacy, status quo competitor with the big market share and the big target on their forehead for the disruptors. You agree?

Prediction: Mattress Firm will file for bankruptcy right after Labor Day because Labor Day is the largest day of the year for mattress sales.

So, disrupt the mattress business the innovators and Internet entrepreneurial illuminati did. Here is a list of some of them: 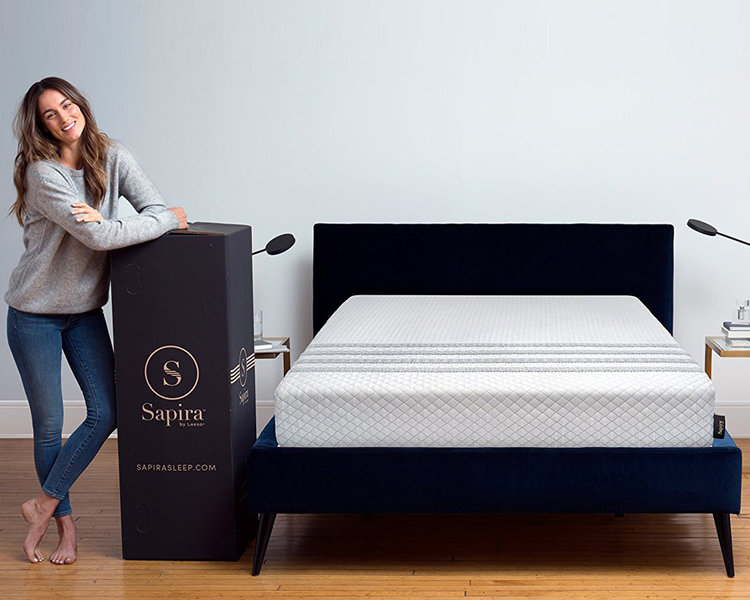 Note the sleek, no box spring look. This is the deal. Note the delivery box. Pretty sure the young lady is not part of the deal. Will research further.

Helix – You don’t so much buy a Helix as you marry one after an extensive questionnaire which is strangely akin to obtaining a TSBISCI (top secret background investigation special compartmented information) security clearance.

Leesa – medium, soft form endorsed by Michael Phelps. For every 10 mattresses sold, the company donates one to those in need of a great mattress. 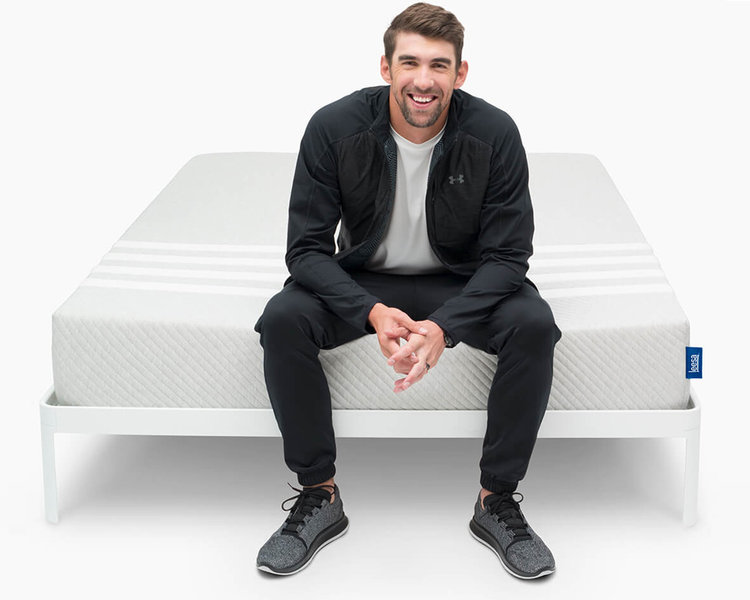 Yeah, I won some Gold Medals in swimming and I lay my head down on a sleek Leesa. Ahhh! No box spring.

Tuft & Needle – foam mattress which arrives rolled up in a box

Casper – four layers of “bouncy, breathable foam and latex” which is a bit firmer than the all foam competitors << Internet darling

Bear – foam mattress which is touted as keeping you cooler. 1% of sales proceeds go to Good Sports Charity.

All of these companies are Internet centric and feature twin, twinXL, full, queen, king, California king. Most also are meant to be used without a box spring.

All of these companies offer a 10-year warranty, free shipping, paid returns, and a 100-night sleep trial.

Can all these disruptors survive? Methinks not, sayeth the Big Red Car.

The impact is as follows:

1. There will be general decline of mattress bricks & mortar locations in the US. The largest such presence, our dear Mattress Firm brethren, wants to slice off more than a third of its locations.

Interestingly enough, Casper has opened a bricks & mortar store as an experiment and is talking about rolling out 200 such hardscape stores in the US. This is that legacy to disruption return to the legacy model cycle I noted above.

2. All of these Internet stores cannot survive, can they? I think not.

3. There will be a lot of excess real estate looking for tenants – but it will not be as desperate as say the Toys R Us implosion as these spaces are smaller at 5-8,000 SF and are not “anchor” tenants in major shopping centers. Still, that is a lot of empty stores to be absorbed.

4. The Casper story is interesting as it boxes the compass by returning to a legacy storefront presentation as the final step on its disruption. I have been to one of their stores and they are nice. They stock inventory in the town, but not at the store.

Yes, there will be disruption of even businesses like mattresses.

Yes, every entrepreneur will think “their” mattress disruptor will be the winner. They all cannot be correct.

Yes, bricks & mortar retail is under pressure and will contract.

But, hey, what the Hell do I really know anyway? I’m just a Big Red Car, y’all. Ahh, now, back to the big bed. Be good to yourself. You deserve it.