Big Red Car here in the ATX. The Boss is back from Mexico and he is sunburned to a crisp. [Boss, sunscreen even for you.]

So, the Big Red Car was watching the Sunday morning talk shows in anticipation of Super Tuesday.

There was a lot of chatter about tax returns. Tax returns and Mafia connections. The Big Red Car wants to mansplain it to y’all.

Newsflash, Ted, anybody who builds anything in Manhattan buys concrete or disposes of construction waste or deals with labor unions that are or were controlled by the Mafia. 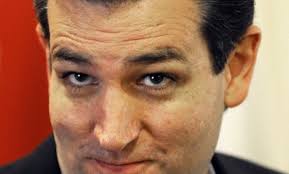 Nothing to see here, move along.

How high rise buildings are built

Here’s the more important thing. When a developer (Trump is a real estate developer) builds a high rise, he hires an architect/engineers to design the project and a general contractor to build it.

These construction professionals have to hold a license. This is a license which real estate developers do no hold and may not qualify for at all.

As an example, when the Trump International was built in 2005, Donald Trump hired HRH Construction to build the project.

HRH, a general contractor, in turn hired subcontractors — such as ironwork companies to install the reinforcing steel and concrete placement and finishing subcontractors to work the concrete.

The developer has a contract “in privity” with the general contractor (HRH Construction in this instance) and no direct legal relationship with anyone else specifically including the concrete finishing company or the concrete supply vendor.

The general contractor has a contract with all of his subs including the concrete finishing company. The developer has no contractual relationship with these subs.

The concrete finishing company has a material purchase order with the concrete supplier/vendor. The developer has no contractual relationship with these materialmen/suppliers/vendors.

Again, the developer — in this instance The Trump Organization — has no legal relationship with the three times removed concrete supplier who was likely picked solely because of his ability to provide the right amount of concrete at the lowest competitive price.

Take a look at your latest tax return and see if you can find the following question: “Have you ever done business with Fat Tony Salerno and his concrete supply company? Even when you had your driveway redone at the lake house?”

You will not find that question as it has nothing whatsoever to do with your income taxes. It is not there.

Ted Cruz is full of ………. concrete ……….when he suggests that there is any connection between Donald Trump’s tax return and Cruz’s baseless and sleazy innuendo that Donald Trump did business with Fat Tony Salerno who had a mythical concrete company.

Check the Big Red Car on this cause maybe there is a question or two that the Big Red Car may have missed and maybe under Obamacare you do have to reveal any working relationships with Mafia members. Could be, right?

Mitt Romney, now an appointed stooge of the GOPe which brought you him and Jeb Bush and losing Presidential elections, has been whining about the presence — actually the “possible” presence — of a bombshell in Donald Trump’s tax returns.

You will remember that Mitt Romney bashed his jaw into President Barack Obama’s fist until finally the voters let him escape on the mercy rule. Mitt was accused, falsely, by Senator Harry Reid of having paid no taxes for ten years. Turned out to be a lie — Harry Reid, get it?

Here’s the bottom line for y’all.

1. Ted Cruz is full of concrete. There is nothing in Donald Trump’s tax return that will ever indicate he was involved with Fat Tony Salerno in any manner. That is not information contained on an IRS tax form.

2. Donald Trump is going to clean up on Super Tuesday and is going to sweep the field in almost every state. Cruz will win Texas but Donald Trump will get his proportionate share of the delegates.

This will position Trump with the Big Mo to take Florida a couple of weeks later. Right now, he owns Florida.

3. In the short term, Trump has absolutely nothing to gain tactically by releasing his tax information and he will not.

4. Ted Cruz is just about finished as a viable candidate.

5. Rubio will lose Florida to Trump thereby ending his candidacy.

So, there you have it, sayeth the Big Red Car. Taxes? Not going to mean anything and Trump will release his when there is a tactical advantage associated with that action.

But, hey, what the Hell do I really know anyway? I’m just a Big Red Car and I love income taxes.