OK, here’s the top line message — leadership is a skill and like any skill, it can be learned. The more serious a student you are of the discipline, the better you will be at it. The more effort you put into it, the better the results.

When I sold a company in the mid-1990s and had a non-compete, I was casting about for something to do during the term of the non-compete.

I decided to drive the car pools at my kids school (became a legendary car pool driver and the other moms would ask me to take their shift because I was so great — alternative theory: they were playing me), to read at least one biography of every President, and to master golf.

I was an 85-shooter and never really wandered far from that. Some days, I could shoot 100.

I had read Ben Hogan’s books wherein he opined that anybody could become a scratch golfer — meaning shoot par. I did not believe it. So, I decided to test the theory.

A young assistant pro at my country club took me under his wing and we went to work — 1-2 lessons a week, hit balls every day, played 9-18 holes 5-6 days a week.

[I used to play a bit with Darryl Royal the former University of Texas football coach. He would often be at the first tee with Larry Gatlin at 5:00 PM and we would play together. Never, ever talked football.]

That was a hard body of work, but, hey, I was playing golf, right? How hard could it be?

The pro did a couple of structural things — he took away my driver, 3 iron and 4 iron. He put an additional wedge in my bag and said, “For every hour on the range, you have to spend two hours on your short game.” Short game is chipping, sand trap, putting.

I listened. I obeyed. Immediately, I was shooting 80 based solely on not driving the ball into the woods and my immediately better short game.

I went to the Dave Pelz Short Game Course — twice. I learned how to size up putts by cutting long putts into fourths and “reading” not the entire putt, but reading each much shorter fourth.

I learned how to chip with a 7-iron, how to choke down, half swing, and how to think about chipping. My putting improved because my putts were shorter when my chips were better.

OK, this was structural stuff.

I went to a week long course in Florida and got expert instruction — using some high tech gear — and worked on my swing mechanics.

The pro made me do one other thing — he forced me to stop hitting so many shots with the same club in practice.

“Rotate your practice clubs like you’re playing an actual hole. You will never hit 30 nine irons. Ever. Use your 3-wood, then your 6-iron, then your wedge. Play holes, practice playing holes.”

He also made me practice hitting off bad lies — ball above my feet, below my feet, uphill, downhill, in long grass, in a divot, on hard soil.

Suddenly I was shooting 74. For an 85 shooter to be shooting 74 in less than a year was a huge improvement. It was a solid, repeatable 74, not a shot in the dark 74.

I could account for every stroke I left on the course. I knew where I had messed up and why. I wasn’t shooting par, but I knew exactly why.

The rest of the journey was mental. I “thought” myself around the course. On the tee, I thought what second shot I wanted to hit. I put the ball where I wanted to. I stopped taking foolish chances. I began to play “me” as much as the course. I avoided sand traps.

Suddenly, I was on the 16th hole at Barton Creek Lakeside playing with my 10-year old son and I was 4 under par with two holes left.

It took me slightly more than a year. Ben Hogan was right.

You have to do some work. The work is easy. It is truly as easy as the golf analogy.

Promise — you do the work and you will become better.

It is a simple exercise in mastering a skill. It is like learning to play golf or to swim.

OK, dear reader, here is a program for you to consider. It is a little like my hiring the young pro and letting him guide me.

1. Identify an ideal CEO who you want to be like. For me, it was always General of the Armies George Catlett Marshall. He is, of course, a VMI graduate and I went to VMI. 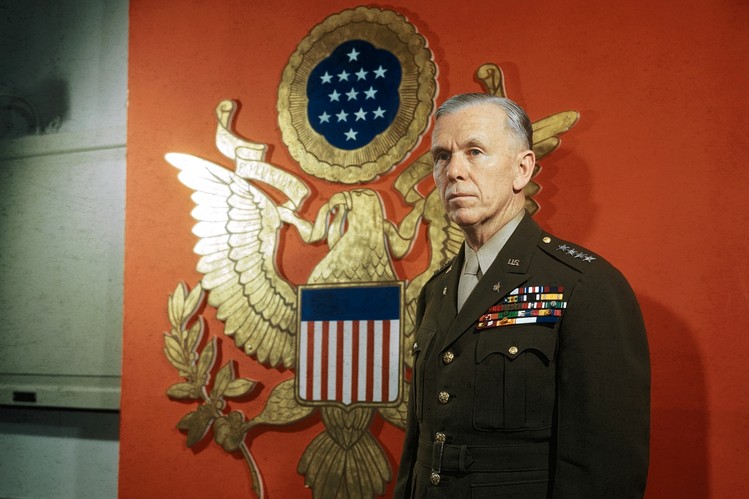 General of the Armies, Secretary of Defense, Secretary of State, Ambassador to China, and head of the American Red Cross. Marshall Plan that saved Europe. The Nobel Peace Prize. A doer.

Pick one person as your exemplar.

2. Study that person’s career and understand the journey they traveled to get where they ended up. You will learn something very interesting.

Marshall ran the US Army’s Infantry School and spotted all the big generals of WWII when they were majors and lieutenant colonels at the Infantry School. He wrote their names down in a black leather book. I have held this book in my hands,

3. Read extensively. Read a bunch of blogs in your area of interest.

4. Find a mentor — somebody who has been in a leadership position like the one you seek.

You will have to ask a hard question — “Will you give me a hand in learning to be a leader?”

The person will be flattered and most people will be tickled pink to assist you.

Meet with them regularly.

For goodness sake hire someone who has at least 25 years of experience as a CEO.

Do not hire a professional “coach,” hire a “CEO coach” who is able to say, “I did exactly what you are doing.”

Do not beat yourself up.

Diversion — when I take on a new client, I always ask them, “What percentage of your decisions are ‘good’?”

The CEOs who need some work usually say, “Ninety percent.”

After a few months working together, I ask the questions again. Everybody says, “Forty percent.”

CEOing, like golf, is not about how good your good shots are, but how good are your bad shots. Think about that.

8. Ensure that whomever you report to — if a CEO, the Board of Directors, perhaps, the Chairman — appraises your performance. This is like going to the gym and lifting weights. Test yourself.

Demand regular performance appraisals — no less than twice a year.

Hey, look at me — an hour a day working on and reading about leadership. Don’t make that face at me.

10. Do your planning in writing. Have a written Vision, Mission, Strategy, Tactics, Objectives, Culture, and Values. Do it in writing.

That is how you start.

Again, it doesn’t have to be painful, emotional, scary. It just is. It is just like learning to play golf.

Is it lonely at the top, Big Red Car?

People like to say, “It is lonely at the top.”

That is not true. It is great at the top. You get to be in charge, you get to make the rules, everybody laughs at your jokes, you can come/go at whatever schedule you want, you get a good parking place (park in the furthest spot), and you get to do cool stuff. It is not lonely.

It is hard work and if you are allergic to hard work, friend, then I recommend a new line of work.

But, it is something that anybody can master.

You can do this. Anybody can. Ben Hogan knew it and now you do.

But, hey, what the Hell do I really know anyway? I’m just a Big Red Car. Do this.