Internet speed? How fast is fast?

The other day, the Big Red Car gets some spoofing from a pal who says, “Those one gig Internet speeds are all baloney. Nobody really gets those speeds.”

So, the Big Red Car checks it out.

Here is the actual speed test for the Grande Communications Internet Speed Test. 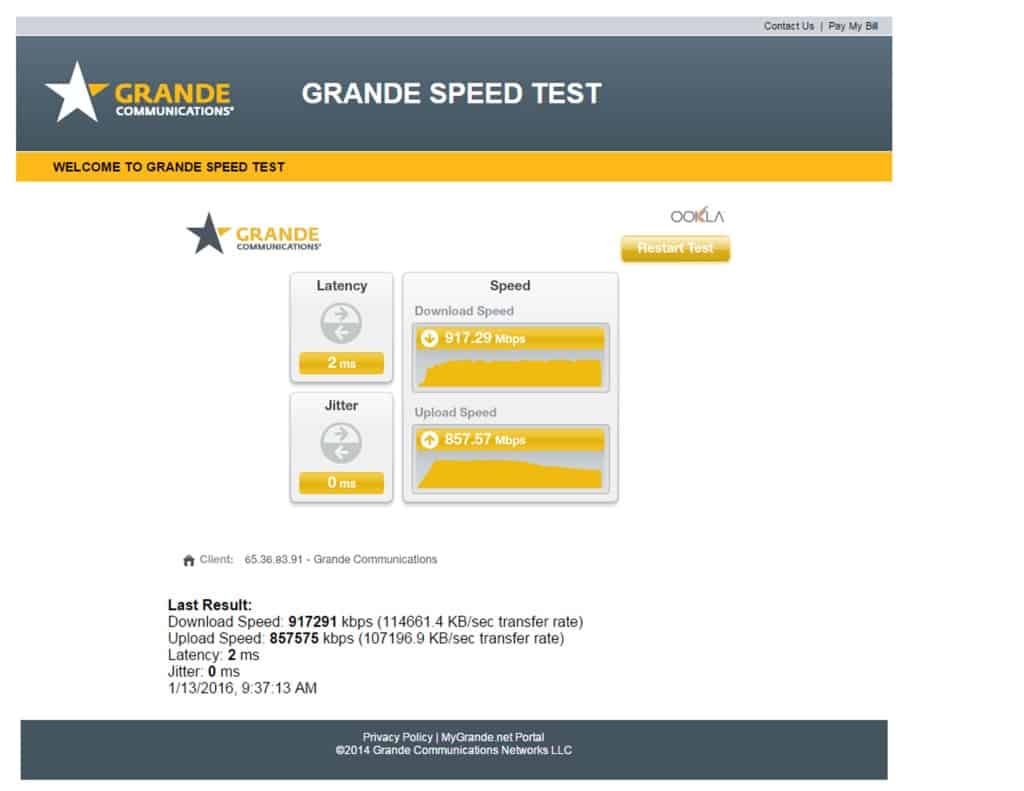 But, hey, what the Hell do I really know anyway? I’m just a Big Red Car with a pretty damn fast Internet connection. Pay up, dude.

One thought on “Internet Speed”