Every so often, it is useful to cut the crap and make damn sure we all know the FACTS about a situation. Today, we cut the crap pertaining to the Corona Virus. [I refuse to call it COVID-19 as it gives dignity to this shitty little bit of Chinese crap.] 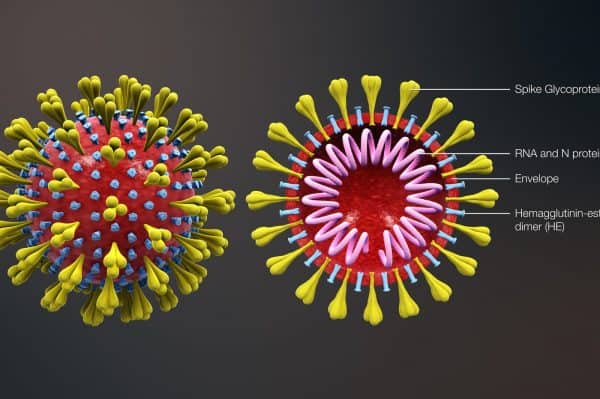 Here’s what we know.

Where did the Corona Virus come from, Big Red Car?

Wuhan, China is where the Corona Virus was first detected and where Patient Zero is located. This happened on 2 February 2020. We are only 26 days into this thing. The Chinese may have been sandbagging us, who knows?

It is important to know that since the Corona Virus first appeared, it has not mutated. That is a big deal. Who said that? The World Health Organization which tracks this kind of stuff.

How many confirmed cases of Corona Virus are there, Big Red Car?

In the Wuhan area and in all of China there are approximately 78,064 patients with Corona Virus.

Outside China, there are 2,906 patients with Corona Virus.

In the United States, there are 60 patients with Corona Virus, some of whom have run the course of the infection and have been released.

The penetration is statistically insignificant. We are way early on the infection.

How many people have died from the Corona Virus, Big Red Car?

Outside China there are 55 deaths.

The US has ZERO deaths.

How dangerous is the Corona Virus, Big Red Car?

The Chinese say they have approximately 78,064 confirmed cases and 2,715 confirmed deaths.

Outside Wuhan the mortality rate is 0.7%.

Inside the United States the mortality rate is 0.0%.

What is the United States doing, Big Red Car?

They are good. They are like Special Forces, SEALs, Rangers, combat engineers all rolled into one.

They are headquartered in Atlanta, and they are the best in the world. They do not have to spool up. They are always ready. President Trump does not have to call them and tell them to come to work. They are killers — virus killers. We are very lucky.

This is where you stop and say a prayer of gratitude that we live in the United States and that we have the Center for Disease Control on our side and that it is one of the things that government does well.

President Trump jumped on the issue of travel immediately. That was a damn good thing. People ragged him for over reacting saying it was an attempt to curb immigration (yeah, I know, sounds sort of nuts to me, also).

Currently we have the following travel advisories:

China — LEVEL 4, No American should travel to China.

The American cases, Big Red Car, break them down

3. We have 15 patients who were infected within the continental United States. Of that original 15, all but one have been discharged from the hospital and sent home.

You get it? People get sick, they get treated, they get well, they go home. It is like the flu. It is not the Bubonic Plague, the Black Death, the Calico Pague.

4. Of the 15 patients who contracted the disease in the US, 2 of them were infected by human contact with another infected individual.

5. There are no American deaths amongst the total of 60.

Big Red Car, the disease, WTF is it?

Corona Virus is a viral infection that will impact the victim’s upper respiratory tract with symptoms including fever, coughing, sore throat, sniffles, shortness of breath, and — in severe cases, approximately 20% — it may degenerate into bilateral pneumonia. <<< This is the killer, bilateral pneumonia. It is particularly difficult for the elderly.

The incubation period for the infection may be up to 14 days and during that period the victim may have no-to-limited symptoms and be inadvertently spreading the infection with human contact.

If you get the severe, pneumonia affliction, you are looking at 3-6 weeks to recover.

The disease is spread through coughs and sneezes. If a victim coughs into their hand and touches another person or a surface, the virus is transmitted to that person or surface. If another person touches their mouth, nose, eyes — bingo, that person is infected. This is why masks and gloves are a possible consideration.

The disease can be diagnosed by symptoms and a test. The CDC has a stockpile of tests and is actively conducting tests on a 24/7 basis. Domestic production of additional test units — not currently needed — has been ramped up as a precaution.

What is the plan, Big Red Car?

The CDC immediately began to deal with the long term implications.

Here are some specific initiatives:

1. After some delay, the Chinese provided a full DNA/genome work up on the virus. This allowed a number of private sector research facilities to use digital approaches to understand the DNA, to identify its unique characteristics, to reverse engineer a patch to prevent it, and to create a “software solution” to the genetic engineering.

One American firm (which has its own proprietary human immune system digital model) created such a solution — a digital vaccine — within 3 hours of receiving the DNA/genome work up.

2. A number of domestic and foreign research facilities are currently finalizing work on an actual vaccine to put into animal and human clinical trials. Multiple sources of a vaccine dramatically improves the statistical probability of finding a vaccine.

3. These vaccines are submitted to the CDC who then authorizes clinical testing. This is currently underway — the CDC evaluation of submitted vaccines. Testing will start within the next two weeks.

4. The big testing objective is to prove that the vaccine actually works — duh.

Once the initial testing is completed — 2-3 months conservatively — then large scale tests with a large number of patients will begin. These tests have typically taken as long as 8-10 months. These time frames can be accelerated based on field conditions.

Comment from REALITY: Right now the Corona Virus is not a huge killer, like Ebola — 90% mortality rate. The number of infected is not large. For perspective, recall that the United States has 330,000,000 people and only 60 cases, many of whom have run the course of the infection. So, while many Chicken Littles may be running around saying, “The sky is falling,” this is not a huge epidemic. Yet.

5. In the meantime, there are a number of antiviral drugs in current use that are being tested. There appears to be some promise to some of the HIV drugs such as Remdesivir which are currently undergoing placebo testing. We may get lucky. Cross your fingers.

Dear reader, you do all those things you would do in flu season.

Do not hang out with sick people. If someone is coughing, sneezing — go away.

Wash your hands frequently, often, as much as your skin can take.

Carry hand sanitizer and use it liberally. All the time whenever you are out and about.

Avoid touching your eyes, nose, mouth when you are out and about and might have touched a person or a hard surface that could be infected.

If you are around objects or surfaces that could have been infected, disinfect them.

Cover your own coughs and sneezes with your arm — not your hands. Wash your own hands immediately thereafter. Take a shower.

If you are feeling ill, stay home. You might be a carrier and not know it.

So, dear reader, we have a seasonal flu in the United States. You should get a flu shot every year.

Of those 15, all but one have gone home.

We have had no deaths from Corona Virus v 10-25,000 from the flu during the pertinent period.

I did a fair amount of research before writing this blog post. I found a few conflicting bits of data, so I resolved them for the “worst case scenario.”

If I got something wrong, point me toward the right information, please.

And, dear reader, NOW YOU KNOW and we cut the crap on the Corona Virus. Go wash your hands. Have a great weekend.