Comes once again our dear friends from Casper the mattress company. 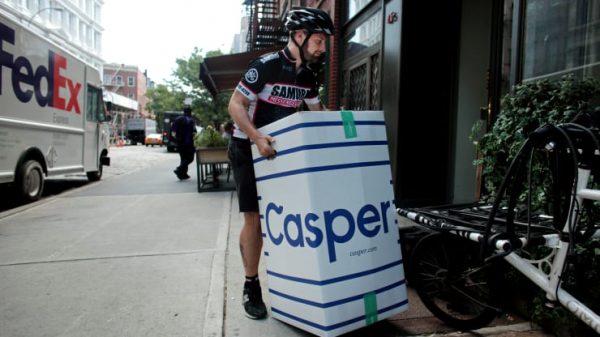 You will recall we wrote about them here:

wherein we cast some shade on the impending unicorn — $1B market cap post IPO — value of Casper.

It is important to note we are comparing nine month numbers v an entire fiscal year, still it looks like an improvement, but it is still unprofitable.

But, there is even more bad news. In the course of studying the company, it turns out Casper doesn’t even make their own mattresses. The Casper mattress is made for them by an outfit called Elite Foam which was sold to — wait for it — Leggett & Platt.

L & P makes mattresses for Casper and some of its competitors — Leesa and Tuft & Needle, to name two. They are a $4B+ size outfit.

This puts Casper’s story in an odd place:

1. It sells mattresses in a frothy national market in which there are a ton of such companies including Amazon, Ikea, and Walmart. Does it have any real secret sauce?

We spoke of the frothiness of that market here:

Mattresses — The Sleeping Edge of the Internet

2. Casper does not make its own mattresses nor does it have an exclusive manufacturer. This feels like a real problem. What exactly does Casper do? Market?

The road show for Casper starts in less than a week. Stay tuned. This puppy may be headed back to the dog pound.