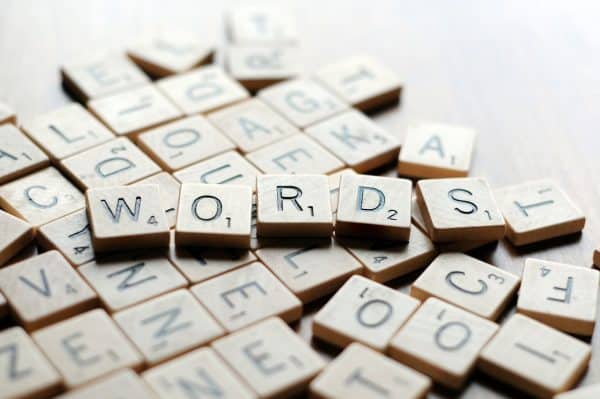 I am very critical of the entire year of 2020 and honestly expect it to be recalled with all of us receiving a Mulligan. Go ask a golfer what a Mulligan is.

So, with only two more days in this bastard, vagabond, vermin ridden, flotsam, jetsam, detritus, vomitus, infected bed bug bite of a year, here are some works I do not love:

Spot on — I do not love this word and its obnoxious overuse. I will hang up on you even when it is meant in praise.

Awesome — OK, I liked it the first 65,000,000 times I heard it, but now we are in fingernails on a chalkboard territory. Haggard. Overused.

Honestly — This always makes me think the other party speaking this word has been lying to me up until this moment in time. Worse, as I immediately reflect on it, they probably have been.

Literally — I do not love it when people respond to a statement by saying, “Literally.” It is intellectual laziness and you know it.

Happy Memorial Day — This is both offensive and something I cannot love. Memorial Day is to memorialize war dead. It is not a “happy” day. If you tell me “Happy Memorial Day” I instantly want to punch you in the throat (a move learned in Army hand-to-hand combat training and useful in the civilian world).

Memorial Day is about our war dead. Veterans Day is a different thing and I will not punch you.

Nazi/Hitler — When I hear any comparison or analogy that involves Nazis or invokes Hitler, I stop thinking about whatever we were talking about and begin to think about smashing you in the face.

I have been to the concentration camps and I will never, ever, ever recover. I don’t want to.

Reach out — If you thank me for reaching out to you when I call, email you, I do not love it. Sorry.

Curate — OK, maybe this one is a little shallow, but I don’t care if you collect something and think it sounds cooler if you curated it. I just don’t care.

Dialogue — This is when you use it as a verb, like, “We should dialogue about that. Literally.” I am perfectly comfortable with the word “talk” and how many letters are we allocated in a lifetime anyway?

Adulting — This is a borderline thing cause there is still some juice left in this lemon, but generally I am filled up on lemonade. Literally.

Going forward — OK, it just sounds like you can’t remember the words “in the future.” I do not love it. Going forward, let’s deep six this one.

Ideate — OK, I admit it. I had no idea what the person meant when I first heard this used as a verb. I do not love it. It makes me think of skinny jeans and untucked tee shirts and a lack of personal hygiene. Can’t explain why.

Outside the box — I could just say it is a cliche, but what’s wrong with a cliche, right? I think there is a lot to be said about being “inside the box” where that means “normal.”

OK, I admit the only normal people in the world are the ones we don’t know very well.

Hero — Look, if you served in the Army as a clerk typist for a Finance Corp unit you are not a hero. There is tooth and there is tail. Most of the heroes are in the tooth part of the world.

On the other hand, there is nothing more heroic than being a single mom having to raise three kids by yourself. You, madame, deserve the freakin’ Medal of Honor, a special parking space at Target/Walmart, and the right to add an entire day to any month, no limit.

Touch base — Look, you have no idea how many bases are in baseball (three plus home plate) and you couldn’t bat a ball out of the infield on your best day.

Drill down — Sort of the same thing as “touch base” — you’ve never operated a drill. I just do not love the idea of you operating a drill. I had a very bad time with a root canal that felt like the dentist was standing on a board wedged into my mouth.

Humanizize — I admit I have no idea what this is supposed to mean. Guy says to me, “We should try to humanize your idea.” I say, “WTF does that mean?” So, no, I don’t love it.

Feels v reals — I love the comparison, but I do not love the idea that what you feel and what is real are in conflict in the “real” world. You had to be there.

Synergy — When used as a verb. Woman says to me, “Let’s synergy that.” Is that a crime against humanity?

Wheelhouse — I know what a wheelhouse is, but most people don’t. I had a person ask me what does it mean when something is in your “wheelhouse?” I had to tell him it meant it was in his sweet spot which led to more discussion — I think we might have been dialoguing, but maybe not.

Dude, bro — OK, I do not love them. No reason. I do not always have to have a reason. Sometimes, it’s just gut.

Circle back — As a pilot, I think of a “go around” or a “balked landing” when something tells you not to land, but to take another lap in the landing pattern and try again. There is a moment of confusion when I realize the person is setting up a future contact.

Slut — This always strikes me as a prelude to somebody getting slapped. I don’t love it on many levels. If I were a woman and heard this word, I’d slap anybody within 5 feet who looked like they needed a good slap. I would also perfect my slap through experience and practice.

This exercise is one of closure — trying to rid ourselves of all the bad things that came into our lives in this mutt of a year 2020.

Remember, the opposite of love is not hate; it is indifference.