Winking is a dangerous thing, apparently. Deserving of a technical foul in professional basketball.

Big Red Car here the day after Christmas. Up early and ready to meet the New Year but, wait, it’s not New Years yet, is it? Sort of feels like it, no?

OK, so the Big Red Car is reviewing some NBA games — don’t really like the NBA until the playoffs, prefer college basketball.

So, a player for the Cleveland Cavaliers, a pretty decent basketball team if I recall correctly, is T-eed up for winking at an opposing player.

Winking is a foul and it is unlucky

Put this into context. We have Grayson Allen of Duke tripping opposing players and this guy, Richard Jefferson of the Cleveland Cavaliers, is given a technical foul for winking at an opponent.

Can you believe this?

But, I sort of like it. Why shouldn’t a wink get you a technical foul? Haha. You just have to wonder. So, dear readers, be careful who you wink at. 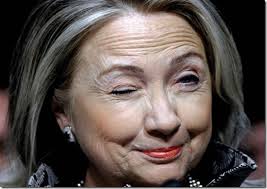 Winking may get you a technical foul and it is bad luck?

But, hey, what the Hell do I know anyway? I’m just a Big Red Car. Merry Christmas and Happy New Year to each and everyone of y’all. Do something nice to someone who doesn’t expect it. Wink at them in the process? Screw with their heads. Be hard on yourself. Nah, be good to yourself.