The United Nations Security Council considered a resolution condemning, among other things, the construction of settlements (houses) in the West Bank and East Jerusalem area of Israel. This is not a new issue and has been brewing for a long time. Israel came to “own” or “occupy” that land at the end of the 1967 War.

For decades (thirty-six years to be exact), the Americans have risen to the defense of their Israeli allies and have vetoed such actions and expressions of public humiliation and condemnation saying it is the job of the Palestinians and the Israelis to make their own peace and it is not appropriate for the Security Council to tell neighbors how to behave with each other.

America, going back to before Jimmy Carter’s Presidency, has taken a direct role in the resolution of the Palestinian – Israeli peace. Any failure, like any success, is a product of American intervention. We own this problem because we have stuck our nose into it.

The Americans didn’t notify the Israelis of their intention to abstain from voting at the Security Council and, in fact, were the instigating force behind the drafting of the resolution in cooperation with the Palestinians.

Consider this — nobody would have been in the mood to work on or attempt to pass such a resolution knowing the Americans would, as they had for almost 40 years, veto it. The resolution would never have come forward except for American sponsorship and an assurance that the US would abstain from voting against the resolution.

All of this was done in concert with the Palestinians and without consultation with the Israelis. It was a cowardly and shameful betrayal of Israel.

The Americans knew this would happen because they were involved in the draftsmanship, the sponsorship, and tipped the rest of the Security Council off as to their intention to abstain from vetoing the resolution.

This was an American (Obama administration) deal from the start.

Why would Pres Obama allow such a thing to happen?

That’s the easy part of this. 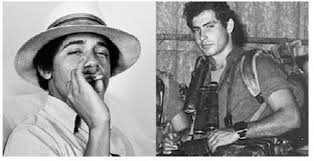 Why wouldn’t these two guys get along? They have similar backgrounds, right?

2. The Democrats have already lost the Presidential election and there is no necessity to curry favor with American Jewish voters. Now, it is possible to see the true sentiments of the Obama administration and the Democrat Party toward American Jews, Prime Minister Netanyahu, and Israel.

3. This is punishment for the Israelis and Prime Minister Netanyahu for not having kissed President Obama’s ring in the Iran nuclear deal. It is payback.

What is the real significance?

The real significance is that the Israeli settlements have been labelled as “illegal” by the United Nations. The bell cannot be unrung and no amount of Trump administration wrangling can get this resolution undone.

In the timing alone (less than a month before President Obama leaves office), one sees the perfidy toward and betrayal of the Israelis as well as the true colors of President Obama and his Secretary of State, John Kerry.

With a month until a new administration, the Obama administration took advantage of what they called the “kill zone,” knowing full well it is inconsistent with policies of the President-elect, who specifically asked President Obama not to take this action. 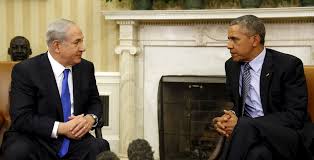 Bit of awkward body language? “Now look, Bibi, you can count on us to take care of you, right?” “Mr. President, that is EXACTLY what I’m worried about.”

One may take comfort that a “legal” determination by a body which has no judicial function is not binding but it is symbolic. That symbolism is strong and likely dampens the possibility for a negotiation leading to a real peace.

The Obama administration whines when President Trump takes a congratulatory call from the democratically elected President of Taiwan saying it is a “break with the One China protocol” while the same administration rips asunder a similar protocol after almost forty years of support for Israel at the Security Council.

Some protocols, apparently, are more important than others.

The American Jewish vote has been a steadfast voting block, favoring the Democrats. I am always surprised by that fact.

HRC outperformed Obama by 2% while Trump underperformed Romney by 6%.

These numbers are subject to a lot of differences based on where you mine your data but the bottom line — Jewish votes lined up for Democrats — is irrefutable.

The bigger question is WHY?

Why do American Jews vote for Democrats who have been nothing but a bad steward of Israel’s interests?

You will have to figure that one out on your own.

But, hey, what the Hell do I really know anyway? I’m just a Big Red Car. Happy Hanukkah, y’all.

11 thoughts on “Israel and the American Jews”