No, this is not a screed about journalists being the “enemy of the people,” which I do not subscribe to anyway. This is a story about how journalists can illuminate a forgotten or overlooked story and thereby bring something of great importance to the public, and, in this instance, to the judicial system.

I speak, of course, of l’affaire Epstein. Jeffrey Epstein is a billionaire sexual predator who was able to use high powered lawyers and his own prominence in the social/financial world to obtain a sweetheart plea bargain that stomped on the rights of his many victims.

He had friends in high places. Friends who he took along on his travels — this chap 26 times — and who may have been available to put their thumbs on the scales of justice when he needed it. [Get it? The thumb?]

Here’s Epstein in the company of famed Harvard prof Alan Dershowitz — one of his lawyers! This picture is from before Epstein pled guilty to his various nefarious deeds involving young women. 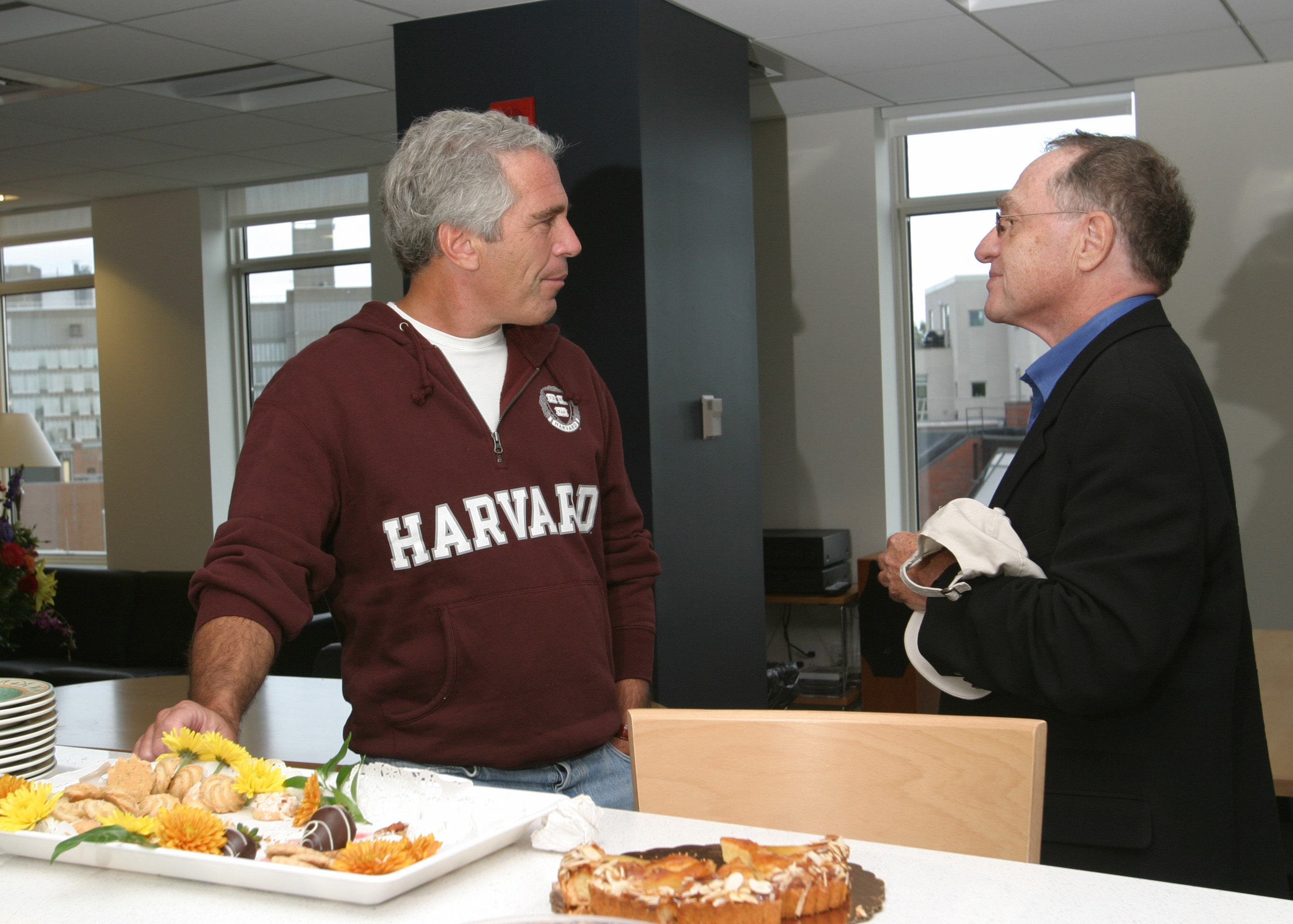 The heroine in this story is Julie Brown, an investigative reporter for the Miami Herald. She investigated the sweetheart deal and wrote a three-part expose on l’affaire Epstein.

Yes, Epstein received a sweetheart deal in that in 2008 he was allowed to plead guilty to two charges of “soliciting prostitution from a minor” and was sentenced as follows:

1. He was sentenced to 13 months in jail. Well, he could leave his jail for 12 hours per day for six of the days. He was allowed to go to his office or his Palm Beach mansion during that 12 hours.

Essentially, he slept at the jail. Here is what a billionaire’s “jail” in Palm Beach looks like. 2. He paid undisclosed settlements to some of his victims — rich people like to buy their way out of trouble and the State of Florida (it was a Federal charge negotiated down to a state charge) cooperated.

3. Epstein had to register as a sex offender.

The business of being a Federal charge negotiated down — plea bargained — to a state charge is important because there were 40 victims and the potential sentence Monsieur Epstein was facing was LIFE IN PRISON.

Ahh, yes, dear reader, the heroine is, as said above, one Julie Brown. Here is a link to her reportage.

It is worth a read.

Give me the high points, Big Red Car

OK, here are the high points as seen by your Big Red Car.

1. This was a big case with a 53-page Federal indictment with dozens and dozens of victims. It was not a “he said v she said” sex crime. It was a “he said v FORTY she saids” sex crime.

2. The US Attorney on the case, Alex Acosta (current Trump admin Secretary of Labor, has to go), was a former law partner of the lawyer defending Jeffrey Epstein. Think that was an accident?

Former law partners do each other favors. They used to drink from the same soup bowl once upon a time. Come on, man.

3. Not only did Epstein receive a sweetheart deal — technically, an agreement not to prosecute from the Feds — but the US Attorney’s office cooperated in every matter relating to the publicity surrounding the case.

The Feds even agreed to file the case in Miami rather than Palm Beach. Why? To prevent the victims from finding out about it. Victims have a right to make an appearance and comment on the sentencing — if they are notified about it or find out about it themselves.

In violation of Federal law, some say, the US Attorney’s Office did not notify a single victim and actively worked to prevent them from learning of the agreement and the sentence. There is a lawsuit underway on this matter.

The Feds agreed to seal the records. Huh? Why?

4. The Feds found 40 victims. Miss Brown found 80 victims. Think about the magnitude of the crimes involved. These were not “women.” These were girls, teenage girls some as young as 14.

One of the two girls that Epstein admitted to soliciting was a 14 year old. Hey, he was a billionaire with mansions, a jet plane, an island and they were FOURTEEN!

5. The US Attorney’s office let the Epstein defense counsel write up the agreement. Huh? Can you imagine that?

Interesting point about the agreement — it covered unnamed “co-conspirators” as third party beneficiaries of the agreement. Know who that might be? Guys like William Jefferson Clinton, Prince Andrew.

Alex Acosta, US Attorney, and Epstein’s lawyer met at a Marriott hotel away from downtown Palm Beach to hammer out the final agreement face-to-face. Why? I am certain this is just normal practice for every defendant in this jurisdiction. No?

6. Under Federal law there is no such thing as child prostitution. It is called “child sex trafficking” and it can win a scumbag a lifetime in a Federal prison for each and every offense. If there are 40-80 of them. You can do the math.

7. The Epstein legal team was the Dream Team: Alan Dershowitz, Kenneth Starr, Roy Black, Jack Goldberger, Gerald Lefcourt, and former US Attorney Guy Lewis. Each of these men had a slice of the legal profession that worked for Epstein.

8. When pressed, Epstein’s defense was the invocation of his Fifth Amendment rights and assertions that the victims lied about their ages, exaggerated their stories, lied about what happened, and were drug users and, therefore, not reliable. He did not deny it happened.

There is one more wrinkle worthy of note.

Mr. Epstein, whose wealthy friends did not shun him after his prison stint, petitioned the State of New York to have his classification as a Level 3 Sex Offender reduced. A Lever 3 Sex Offender has to register with the State of New York every 90 days and this information is discoverable by neighbors. Epstein was living in this mansion at the time.

None other than the New York County District Attorney Cyrus Vance took up Epstein’s cause arguing to the New York Supreme Court that the case in Florida never involved an indictment (cause it was a plea deal, Einstein), that the underage victims were not cooperative (if you don’t find them, they can’t cooperate).

Thankfully the NY Supremes were outraged and turned the request down.

Think about that — the NY County DA was carrying Epstein’s water!

Well, dear reader, there is a bit of good news. Because of Julie Brown’s hard work, because the Miami Herald printed their three-part investigative series, the case against Mr. Epstein was reinvigorated.

The son-of-a-bitch was arrested by the Feds in NYC (US Attorney Southern District of Manhattan, the varsity) and is in jail. This time they may put him where he belongs.

All because one woman, Julie Brown, decided to pick the scab on a cold case that didn’t seem like it served the public. And, that, dear reader is what is good about journalism. That is how reportage can serve the cause of justice. This woman. Heroine.