Big Red Car here.  The Boss was watching the Benghazi Congressional hearings with one eye yesterday and listened to Secretary of State Hillary Clinton’s performance before the Senate and House committees investigating the Benghazi murders.

Secretary Clinton said with seemingly great emotion:  “What difference, at this point, does it make?” 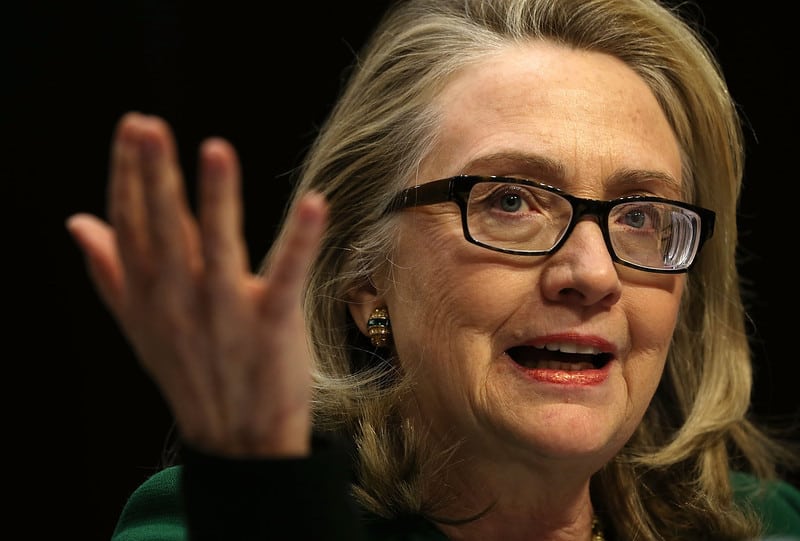 Madame Secretary was responding to a question from a Senator when this particular bit of theater transpired.

The Boss thinks it does make a difference, a huge difference.

We have four dead Americans, including the Ambassador

The obvious consideration is that we have four dead Americans including an Ambassador and nobody has really been able to provide a coherent explanation and time line as to what transpired.

Nobody has been able to explain why the United States failed to rally to protect its Ambassador and Consulate.

Nobody has been able to explain who countermanded the order to respond or who failed to respond.

Nobody has been able to explain why the Ambassador’s plainly written pleas for additional security were ignored or denied.  In her testimony, Madama Secretary only offered: “Hmmm, I never saw them.”

Numerous and splendorous lies were told

On a Sunday morning right after this debacle took place, the White House trotted out Ambassador to the United Nations Susan Rice to explain to the American people what had happened.  Five Sunday morning news shows in a single day.  Somebody at the White House wanted this dealt with and dealt with now.  It was the last weekend before the voting started in the national elections on Tuesday.

The explanation given by Ambassador Rice — a bunch of pissed off movie critics walking home with some mortars, RPGs and crew served automatic weapons — was a lie.  It was a lie which originated apparently miraculously but logically from the White House.

That it was a lie is incontrovertible.  And, apparently, getting to the bottom of a lie told by the most senior folks in the administration is really of no concern to Secretary Clinton.  OK?

What is even more troubling is that Ambassador Rice had no responsibility for diplomatic or embassy or consulate security — the singular province of the Department of State.

Ambassador Rice had no portfolio of responsibilities as it related to intelligence (the singular province of the Central Intelligence Agency) or for military protection or reaction (looking for Department of Defense here).

So who selected the Ambassador to the United Nations to explain what had happened instead of a spokesperson from the State Department, the CIA or the Department of Defense?  And why?

Big Red Car cheated and checked the answer sheet — Ambassador Rice was a stooge sent from the White House because she is, in fact, a stooge.  A pliable stooge that the President could get to do his bidding.  Big Red Car apologizes to anyone whose sensibilities are offended by this “rough” language.

Al Qaeda is not dead, decimated or on the run

The other thing that is vitally important is that the truth of this situation undermines the “meme” — hate that word, you? — that Al Qaeda is on the run and that its leadership has been decimated.

Appears that some of the same folks who savaged our folks in Libya were involved in the recent hostage taking and murders in Algeria.  Check your maps, folks, that are not exactly next door to each other.

This article in the New York Times contains an alarming bit of information.  Again, some of the folks from the murderous Benghazi attack were involved in the hostage taking and murders in Algeria.

Al Qaeda is NOT on the run, they are on the offensive and they are killing Americans with regularity.

This was just election driven nonsense

So why did this lying and obfuscation happen?  Wasn’t the truth good enough for everyone?

The simple answer is that there was an election on and the truth would have undermined the President’s election chances.  Only a couple of days before the election, the President was going to be confronted with the harsh reality that his foreign affairs meme was literally going up in smoke and down in blood.

1.  Al Qaeda is not on the run nor is its leadership decimated.

2.  The Iraq and Afghanistan wars are winding down to spectacularly unsatisfactory conclusions with the resumption of sectarian and tribal violence proving that you cannot build an American Jeffersonian style democracy on a broken foundation of tribal squabbling and narco-corruption.

3.  The Iranian problem is not closer to a solution.  The Straits of Hormuz are the next flashpoint sucking American blood and treasure into a disaster of our own making.

4.  The Arab Spring has now morphed into a series of firestorms none of which has a good outcome for our American interests.

5.  Al Qaeda is setting up shop in Mali.

6.  There will really not be a peace dividend of any kind.

The President did what he always does — went to the Chicago Machine playbook, suited up a loyal ally and obfuscated and lied his way to his objective — getting beyond the elections.

7 thoughts on ““What difference, at this point, does it make?””