Donald J Trump expected to announce his 2024 candidacy for President next week in the warm glow of a transformative Republican red wave election.

That will not happen — he may decide to run for President, but there is no Republican red wave election glow.

In fact, there are a great many people who are blaming Trump for the election’s outcome.

Ultimately every candidate is personally responsible for:

1. the decision to run for office,

2. the design of their campaign and the issue stack upon which they will campaign,

3. the organization and staffing of their campaign,

4. the funding of their campaign,

5. the running of their campaign, and

But, Big Red Car, a Trump endorsement was golden, right?

Ahhh, not so fast, grasshopper.

We just got done saying a candidate was responsible for running their campaign, right? One of the things the candidate must fret over is endorsements.

1. Clearly a Trump endorsement was a huge assist in the primary, right? Yes.

2. So, maybe a Trump endorsement was not a huge boost in the general election, right? Also, yes.

Trump is a divisive chap

Trump is a divisive chap in an electorate that has no room to lose a single vote. I adored the guy on policy, but his personal demeanor was uncouth and ogre-ish.

While a Trump endorsement marshals and calls out a Make American Great Again base, it also rallies the opposition.

Trump is an old chap

Joe Biden is woefully inadequate mentally for the job he holds and part of that is simply normal ageing. Trump is much sharper, but he is also in his 70s.

Fine, dear reader. Here it is:

1. It is time for The Donald to pass the baton, but to whom?

Let’s talk up DeSantis, shall we?

This is a huge margin of victory in a contested state. Huuuuge!

3. Most importantly, DeSantis has governed as a staunch conservative, but a happy warrior

Donald J Trump, turn in your uniform. Thank you. We appreciate your service, but your “sell by date” has arrived. 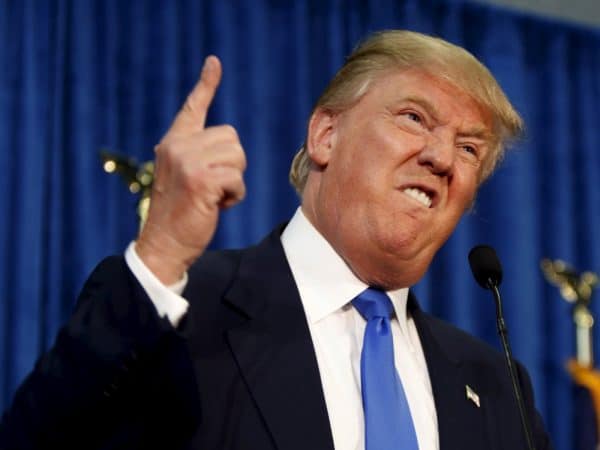 Don, I would not tell you this if I didn’t love you. Bit strong and overstated. Make way for a younger man or woman, old boy.