It is Friday, a bit before 4:00 PM CST. Senator Murkowski of Alaska has announced she is opposed to seeking more witnesses in the Impeachment Trial of President Donald J Trump. 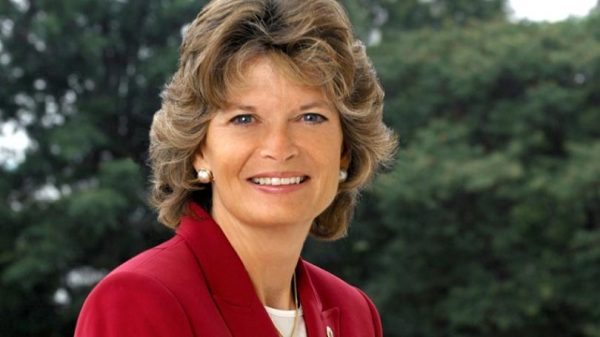 In this Senator Murkowski joins Senator Lamar Alexander, thereby leaving Cocaine Mitch and the Republicans with a worst case scenario of 51-49 which embraces the notion that Senator Mitt Romney and Senator Susan Collins (both nominally Republicans, though the disguise is no longer believable, just switch parties and get over it) will vote to seek additional witnesses.

That 51-49 total does not make any allowance for the votes of Senator Joe Manchin, Senator Doug Jones, or Senator Krysten Sinema — all Democrats thought to be considering jumping ship from their party and voting to disavow witnesses. [I predict they do not jump ship.]

While the vote is about “witnesses,” it is really a proxy for the dismissal of all charges against President Donald J Trump, thereby leaving him in office until the end of this term and on the ballot to be re-elected in November 2020.

Thus ends the impeachment and trial of President Trump. Much ado about nothing.

The House’s Role in Impeachment

As the Constitution lays out with great clarity, it is the job of the House of Representatives to investigate, evaluate, and, if evidence of a high crime is found — to impeach the President of the United States.

“Impeach” means to prefer charges, to draw up and forward Articles of Impeachment, charges to be tried in the Senate.

This Christmas present was all ready to be sent to the Senate well before Christmas.

Then Auntie Nan did something a little odd — she derailed the train and sat on the Articles of Impeachment through Christmas, through New Years, and into the New Year.

Come the New Year, Auntie Nan conducted a ceremonial Parade of the Elephants bringing the Articles of Impeachment to the Senate, but not before conducting a celebratory signing with expensive gold pens.

Auntie Nan seemed to enjoy this entire spectacle though she was constantly praying for her nemesis, President Donald J Trump — who was famously going on about his business making trade deals, killing terrorists, pontificating to the Davos crowd, conducting enormous campaign rallies.

The Role of the Senate in Impeachment

Cocaine Mitch, who punches well above his weight, waited patiently on the arrival of the Articles of Impeachment ignoring the bleetings of Auntie Nan, reminding her that he, Cocaine Mitch, was the Boss in the Senate. This turned out to be exactly the case.

Cocaine Mitch did not ever say he was praying for Auntie Nan, but you always sensed he was. She was definitely praying for Cocaine Mitch (to suffer a heart attack or get run over by a carbon neutral, electric SUV).

After some silly back and forth with the Dems, the Republicans got down to the serious business of laying out how the cow would eat the cabbage in the trial and anointing SCOTUS Honcho John Roberts as The Man, a job which he discharged with sterile and inoffensive aplomb.

The trial was commenced with the House Managers in their Mens Wearhouse blue suits with brown shoes/blue Allbirds and the President’s Boys in their three-button Brooks Brothers, funeral suits, pleated/cuffed pants, with their French cuffs, Hermes ties, and pocket squares (evenly divided between a straight 3/8ths of an inch block form and the more festive 4-point folder. All done in fine Irish linen).

The House Managers laid out their case.

The President’s Boys laid out their rebuttal.

The Senators lobbed softballs to their team.

Early on there was buzz about the need for “additional witnesses” to supplant the “ironclad” and “beyond a shadow of a doubt” case as presented by the House Managers.

It became a huge cause celeb. It amounted to a complete waste of time.

The House, under the Constitution, is the investigator while the Senate is the jury. If the House wanted certain witnesses — then it was their job to call, interview, extract evidence from witnesses. This is what prosecutors and investigators do.

There is ample basis for this logic in the conduct of civil and criminal trials across the US every day. Juries sit there and listen to prosecutors. Jurors do not jump into the middle of the case and try to create evidence. They evaluate evidence.

And, again, as we all know, the House case was “ironclad” when it arrived. Beyond a shadow of a doubt.

The House is the investigator and the prosecution.

The Senate is the jury.

The SCOTUS Chief Justice is the judge.

It is not the jury’s job to fix the prosecution’s broken case, to add to the case, to do investigative work. That was all the House’s job.

The idea of calling additional witnesses is a reversal of roles in contravention of the Constitutionally assigned roles of the House and the Senate.

Here are my finding of fact as a Big Red Car:

1. The House jammed through a hurried, hackneyed investigation in order to announce Articles of Impeachment before Christmas. They sold it as “ironclad” and “beyond a shadow of a doubt” and then Nadler and Schiff laid it out in a confusing and disorganized manner.

2. Auntie Nan made a huge error of judgment holding onto the Articles of Impeachment thereby solidifying the opposition of every Republican in the Senate. Auntie Nan did more to bring the Republicans together than any Republican.

3. The House acted in a totally partisan manner, not able to even pick off a single Republican vote. At every turn, they stuck a finger in the eye of the Republicans. Because Christmas.

4. The Senate listened to the House case — boring — and the President Boys’ rebuttal — boring.

5. The Senate, like the House, acted in a totally partisan manner (this is a prediction mind you). No minds were changed; very few minds were even engaged.

We are left with a lot of hand movement, no foot movement. We arrive at the finish as we departed the beginning with everybody revealing they are partisan (even Mitt Romney and Susan Collins finished as they arrived, faux Republicans).

So what does the future hold, Big Red Car?

Inasmuch as the House and the Senate reaffirmed their partisan roots — there will be more of the same.

The House Dems are starting on Impeachment No 2 tomorrow. They already have another Whistleblower who has come forward. They are working on his complaint as we speak.

The State of the Union on next Tuesday is going to be a humdinger. Get buttered popcorn, popcorn salt, and some of those blue fleece rags from Sams. Can you imagine the warmth between Auntie Nan and President Trump?

So, there you have it, dear reader. But, what the Hell do I really know anyway? I’m just a Big Red Car. Have a great weekend.