Big Red Car here. Wow, is the weather in the ATX spectacular!

We’ve got the start of 300,000 folks in town for SXSW (South By Southwest) and the weather is for you visitors. Move here, please.

Get some TexMex at Guero’s Matt’s El Rancho, Chuy’s, Santa Rita and get some BBQ at Green Mesquite. Don’t even think about Franklin BBQ. You’re not locals, y’all. Painful truth. But, you could be by this time next year.

Pro tip: Never, ever try the salsa until your drinks come. You will remember this when your mouth is on fire. This is Texas.

Failure is not a good thing. It is ego killing and defeating and all too common.

In the startup world some 80% of all startups will die a painful death. They will fail. 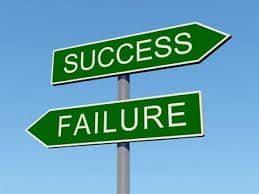 Failure isn’t final but that little gem is not the point of today’s discussion.

Then what is, Big Red Car?

The Cause of Failure

Failures are the result of a lot of different things. Maybe you had a flawed hypothesis. I hate a flawed hypothesis sayeth the Big Red Car who is feeling a little snarky this morning. But, yes, sometimes the idea was not very good.

Sometimes you are headed down the path and can’t raise the money or you run out of money. This is why The Boss always cautions raising a little more than you think you’re going to need — it’s called “contingency”, y’all. It’s called contingency and it’s real.

It is trite to say: “Plan your work and work your plan.” Trite doesn’t mean “wrong.” Trite means trite.

It is a simple fact — whatever you can plan provides a baseline from which to vary your efforts as reality intrudes upon your plan. The Boss is fond of saying: “The first casualty upon contact with the enemy is the plan.”

Just for the record, a military thinker, Helmuth von Moltke said: “No battle plan ever survives first contact with the enemy.” I like The Boss’s quote better (I’m trying to get The Boss to give me a new paint job, so I’m sucking up a little. Hey, we’ve all got our flaws. I am a notorious suckup.)

Old Helmuth is the kind of guy one studies if they went to a military school like The Boss. Von Moltke was the head of the Prussian army back in the 1800’s and is generally attributed with the development of “general staff work” which is the basis for the organization of American staffs down to the battalion level. But I digress. He was also a Field Marshal. He knew something about planning.

How much planning is necessary?

The answer is always — just a little more than you actually did. (Good one, Big Red Car, you jackanapes.)

Vision, Mission, Strategy, Tactics, Objectives, Values, Culture, business engine canvas. These are the basics of planning. Much of what we used to call a “business plan” is subsumed in the Tactical plan noted here.

If you can reduce the probability of failure by doing a little more planning, why not?

When the VCs are cutting your underwear up for rags — they have a fiduciary duty to their LPs to extract whatever value they can from failure — do not be saying to yourself:  “I wish I had done a little more planning.” Right?

The really nice VCs will let you get out of your underwear before they start cutting them up. The not so nice ones, will start with the pinking shears before you’re even undressed. It’s their nature.

There is much to be learned from failure but the tuition is expensive. When it comes to experience — rent it. Don’t live it. Don’t pay the high tuition. Learn before you leap. 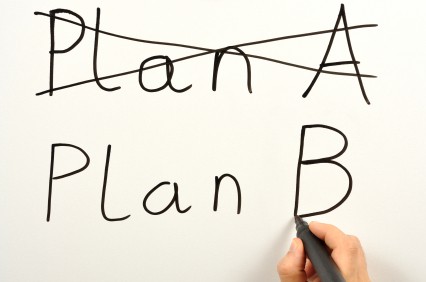 What this picture tells you is that you should indeed have a Plan A and  Plan B. Failure to plan is tantamount to planning to fail.

Now let me get a little irritated — I cannot tell you the number of entrepreneurs who fail to adequately plan. Some of this is fed by the Internet notion that all you need is a product plan and not a business plan. OK, maybe that works but the norm, the gold standard is to plan, plan, plan. When you’re sitting their with your tears diluting your beer — the Big Red Car will buy you a Peacemaker beer if you hit a rough patch, mate — don’t lament that you failed to plan.

Remember, 80% of startup business will fail. Give yourself a chance to succeed.

3 thoughts on “The Physics of Failure”