I am a passionate North Carolina Tarheels basketball fan and thus am obligated to hate Duke and The Rat, Coach Mike Krzyzewski. I hate Duke and Coach K. 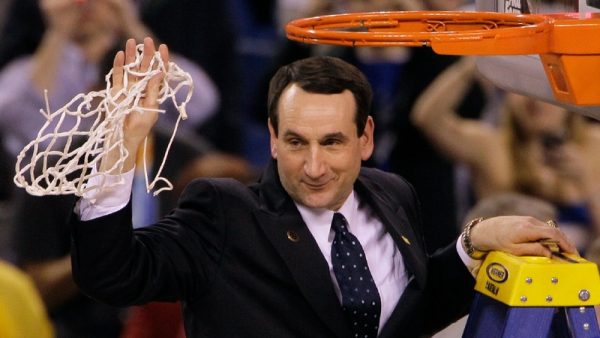 In reality, if Duke is not playing Carolina or if they are still in the NCAA March Madness Tournament and the Heels are out, I root for Duke. I like Coach K, the smiling cherub.

The rivalry between the University of North Carolina and Duke University is the best basketball rivalry in the history of the game. Ever.

I could watch thirty UNC v Duke games per season. I love when they play twice in the regular season — and the Heels smoke the Dukies — and then meet again in the ACC Tournament.

That is why I have mixed feelings about the announcement that Coach K is retiring after this season. The Rat is, after all, 74 years old. I, the game, Duke, the Tarheels, the rivalry, the United States of America, ships at sea will all miss The Rat.

Duke stunk it up last year though like Duke teams they showed instants of brilliance, so it is important that Coach K go out on a better note. It is worth noting that Roy Williams, the Carolina coach, retired this year and the rivalry will be passed on to a new coach, Hubert Davis — who played for Carolina and battled against Duke as a player.

I will be rooting for Duke except for when they play the Heels. The last game Duke plays in the regular season will be versus the Heels (at Cameron Center at Duke, only fitting) and I hope the Heels dismember the Dukies.

I hope the Heels beat Duke like a rented mule on the last day of the month, make their cheerleaders cry, and that Coach K sweats blood through his pants, shirt, suit, and tie.

Thanks, Mike Krzyzewski, for a classy rivalry. It’s been fun. Godspeed.