There is no more powerful force on planet Earth (Mars is supposed to be the same) than love.

To fall in love, one needs a target of that affection which brings us to Austin By God Texas based Bumble. Bumble (and sister company Badoo) is a “dating app” but, dear reader, it is so much more than that.

Bumble made its public debut today. Here are some interesting facts.

1. Bumble’s Founder and CEO is Miss Whitney Wolfe Herd, a co-founder of Tinder (Tinder is owned by Match Group which trades at MTCH and is the 800-lbs gorilla in the space, so they thought). 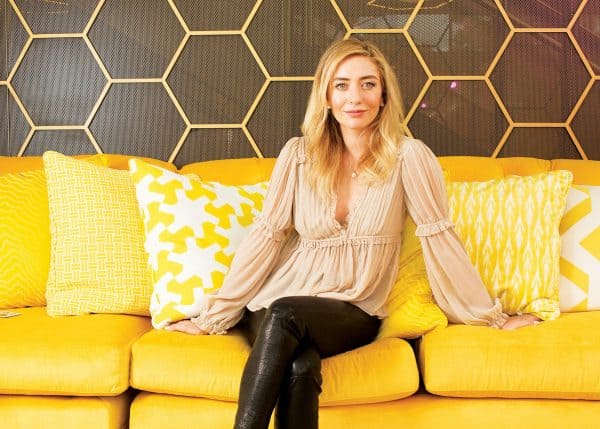 Not every founder wears tee shirts and skinny jeans. Some go upscale glam when they need to. “Hello, Bumblers.”

2. Miss Herd left Tinder with hard feelings, sued them, they sued her, and it was all settled for money. Many times money is called “amicable” even when it is not all that amicable.

4. Bumble has 42MM monthly active users, 2.4MM paying customers in 150 countries. [Did you know there were 150 different countries out there? Yeah, smart ass, name them.]

Going from a profit to a loss is a dicey development for a company selling itself to the public, but they pulled it off, didn’t they?

6. CEO Herd says the Pandemic has been good to Bumble.

7. Not content to just make love matches, the company is expanding into “networking” for business (BIZZ) and “friendship” helping friends hang out with friends (BFF).

Bumble provides women exclusively the opportunity to take the all important “first step.”

Bumble puts the female of the species in the driver’s seat, an idea that “resonates across different countries and cultures.”

They get high marks for ensuring their offering has the local feel and is nuanced toward the culture.

Bumble raised $2.2B coming out at $43/share which was at the upper end of the anticipated range which had been raised based on demand.

First day trading pushed BMBL up 70% which means this is now an $8B enterprise.

[I hate to see a big first day bump because it invariably means the IPO pricing was too low. Clearly there was more juice left in the Bumble IPO price as evidenced by the huge first day bump.]

Yes, this is a women forward enterprise: woman founder serving women. Clearly, it is focused on women empowering women.

“We believe we have the potential to become a pre-eminent global women’s brand,” said CEO Whitney Wolfe Herd. She said this on the company’s road show to whip up enthusiasm for the IPO which, apparently, she did. Bravo!

I am a huge supporter of women driven businesses as I have a Perfect Daughter in that role with Weezie Towels. Get over to their website and pick up some monogrammed towels and a few robes. Pick up towels and robes for the babies.

Nice robe for the hubby — V Day coming up. You can thank me later. Do not tell them the Big Red Car sent you. I like to keep our friendship — yours and mine — more confidential and intimate.

Yes. There is some juju at work here.

Miss Herd was a person scorned by the much bigger Match.com. She had hurt feelings.

Do not ever scorn a woman who has entrepreneurial tendencies as she will take revenge on you.

Everybody thought the bigger Match.com owned this space, but not so fast.

Now, Bumble is here to play and stay.

OK, there were three women led IPOs in the last year and this is one of them. I believe the universe is more than 500 IPOs, but you better check me on that.

That is truly pathetic.

You go, Miss Whitney Wolfe Herd. You show them that the ladies can hang with the boys, but do it in a graceful and elegant way. It’s OK to wear perfume and be a badass. Bravo! 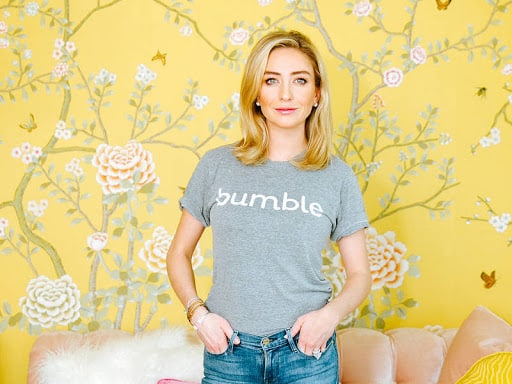 Hello, boys. Let’s play, shall we? Just remember, Bumble is for the ladies. 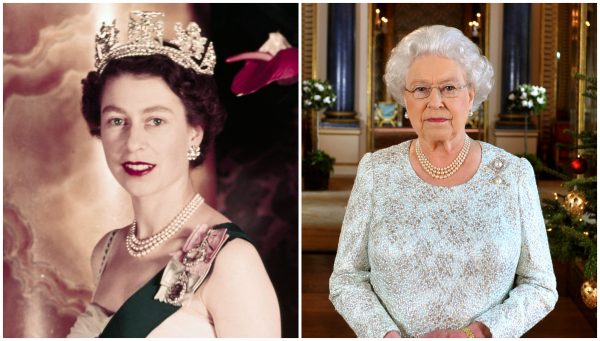 “If my parents hadn’t fixed me up with Princess Philip, I would have used Bumble. You go, girl.”