Sanctions, Big Red Car? How dreary for such a sunny, lovely day in the ATX, yawn! OK, Big Red Car tell me about how sanctions work. Maybe a real world example?

Dear reader, let us take up the case of Zhongxing Telecommunications Equipment, known as ZTE. They are a maker of inexpensive smartphones and other telecom equipment in more than 160 countries and employ 75,000 workers.

ZTE is no small fry on the international scene. When the Chinese government wants to wiggle into bed with a country, they often provide loans as an economic development tool.  Those loans? What are they used for? To set up a nationwide cellular network built by … wait for it … ZTE!

ZTE is an important element of Chinese international policy.

The Chinese also see that a large company like ZTE can break the stranglehold that American tech companies have on China. It is a nationalistic undertaking.

But, ZTE ran afoul of American sanctions. How?

How did ZTE manage to get sanctioned by the US, Big Red Car?

Ahhhh, dear reader, in the course of growing their international business, ZTE began to do business with Iran, Sudan, North Korea, Syria, and Cuba.

The problem was caused by the inclusion of American hardware (chips) and software (e.g. Android operating system) in products made by ZTE.

The senior management of ZTE knew these countries were on the “embargo list” from the United States. They knew it and planned how to get around it. This turns out to be a very big thing.

In fact, they made a flowchart showing how to route products in such a way that the Americans would not be able to detect their violations. They distributed the flowchart within the company.

Bit of history on ZTE, sayeth the Big Red Car

The ZTE crowd is not exactly choir boys who got caught up in a single heady moment. Tequila was not involved. It did not happen in Vegas.

They have been accused of and admitted to distributing bribes to get work in places like Australia AFTER they were criminally sanctioned in the US. These are tough, resolute crooks and Americans should be forewarned and forearmed that this is how China PLC does business.

The American Commerce Department got wind of the violations, investigated ZTE, and, ultimately fined ZTE $1,900,000,000.

In addition, the Americans forbade any American technology companies from selling any products to ZTE for seven years. Not just products intended for Iran, Sudan, North Korea, Syria, and Cuba — everything. Seven years.

This is what is called a DEATH SENTENCE. [Digression, may I? This shows you the power of the American tech manufacturing segment. Good lesson to remember.]

Currently, ZTE is flirting with bankruptcy.

Now, the Chinese have been crying on President Trump’s shoulder. President Trump has gleaned the usefulness of assisting China on this issue because he is in a dialogue with China on trade, in general, and North Korea.

President Trump is a pragmatist — meaning he is focused on outcomes and doesn’t spend too much time worrying about how he gets to the results he wants.

With no apparent provocation, President Trump has said “too many jobs in China lost” and that he will try to “fix” the problem. Also, there is that personal history with Chinese President (dictator) Xi Jingping. One has to believe if you do a favor for a guy named Xi, the guy name Xi will do a solid for you, no? 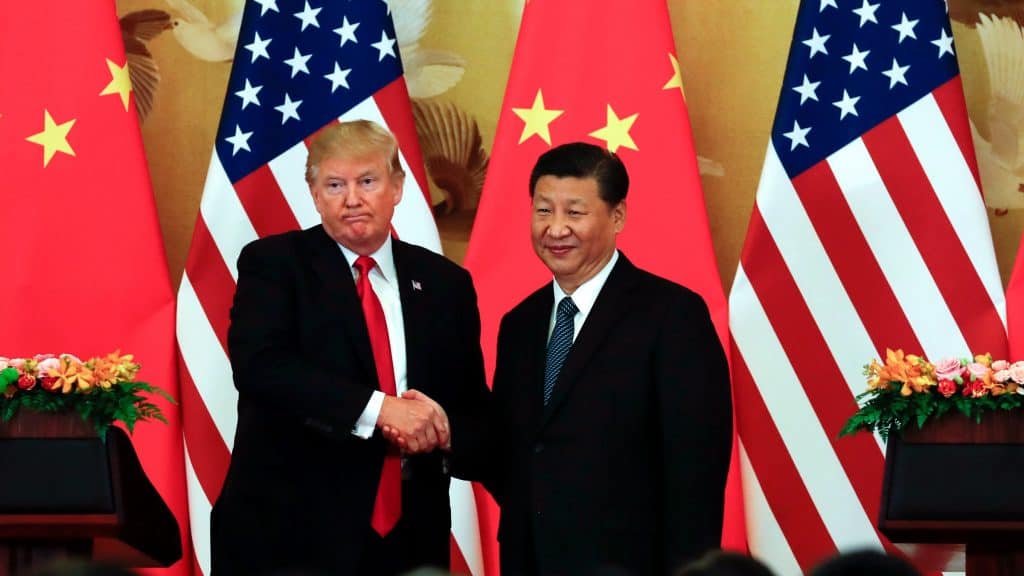 “Come on, Donnie, can you help a President-for-life out? Maybe I can do you a solid on North Korea?”

Nobody is saying that ZTE did not get caught red-handed (get it, “red-handed” haha) violating gobs of international sanctions. ZTE says, “Hey, y’all, we paid a $1,900,000,000 fine. That isn’t chopped liver.”

Again, this is how China PLC does business. They are ruthless cheats, crooks, and when caught regret ……………………………………… getting caught. When they pay a huge fine, they expense it to COGS.

So, there you have it. Sanctions are, in fact, useful in many ways. Maybe this case will lead to a solution to North Korea and its nuclear ambitions?

But, hey, what the Hell do I really know anyway? I’m just a Big Red Car. Be good to yourself or the Big Red Car will sanction you. JK