As if we didn’t have enough silliness to deal with, the Biden Department of Homeland Security has issued a NATIONWIDE TERRORISM ALERT. 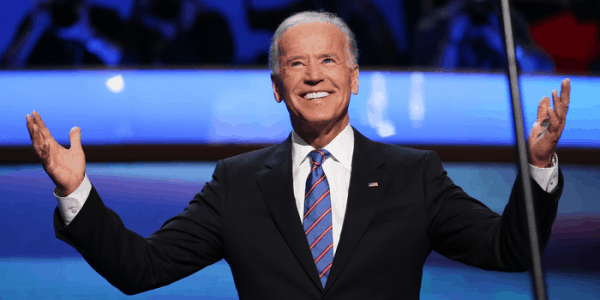 “Boy have I come up with a great idea to heal and unify the nation. Even better than an impeachment trial. Listen up. This is a good one. Man can I feel the healing.”

DVEs — domestic violent extremists. DHS informs us this newly identified species embraces those folks who are having anger issues over “COVID-19 restrictions, the 2020 election results, and police use of force.”

[Doesn’t that seem to include the whole freakin’ country? Sorry.]

WSEs — white supremacist extremists. You can figure this one out by yourself, but, in general, it means anybody who is white, all 77% of you bastards. Even you white nuns and your supremacist habits.

[Persons on the census identify themselves as “white, non-Hispanic” to the tune of 61% whilst when added to those who identify as “white-Hispanic” that number is 77%. Basic fact.]

HVEs — homegrown violent extremists. DHS informs us this body of  dangerous folks is “inspired by foreign terrorist groups.” Get it? Homegrown — Buy American — versus imported.

Editorializing, it seems the big difference between DVEs and HVEs is the organic degree of organization and inspiration.

What the Hell are on the alert for, Big Red Car?

Oh, yes, forgot that. It is helpful if we have a reason to put the whole damn country on alert, indeed.

We are on alert because the new poohbahs at DHS, after almost a week on the job, believe we are threatened, all of us, by:

“some ideologically-motivated violent extremists with objections to the exercise of governmental authority and the presidential transition, as well as other perceived grievances fueled by false narratives, could continue to mobilize to incite or commit violence.”

The DHS is silent on the prospect if your “narrative” might be true, that is, not false. I will investigate that for you.

Pro tip: You may be inclined to believe this definition includes gangs like Antifa or BLM — nope. They are all simply exercising their First Amendment rights to assembly and peaceful protest. Do not go there — there being rioting, arson, looting, violence, and typos on protest signs.

Does it sound like that definition is a description of what was once known as the “deplorables?” I will not influence you, but hmmmmmm.

What exactly is the ‘CALL TO ACTION,’ Big Red Car?

Dear reader, you are called on to suit up, patrol your neighborhood, and “report suspicious activity and threats, including those made online, to local law enforcement or the Federal Bureau of Investigation (yeah, those guys).”

Sound a bit Stalinist? That’s on you and that alone, even if you were just thinking it, makes you a DVE in the making.

You are further advised to “avoid large crowds and protests.” Just in case you were not already.

It is going to be a long, long road, and a hard slog until we are all healing and unifying, amigos.

In the meantime, go learn the words to kumbaya as we wade through the NATIONWIDE TERRORISM ALERT.