Big Red Car here on a cloudy Texas day. Still, it is Texas and that’s alright. What is not alright is lazy Republicans.

So, the Republicans are in charge of the House and the Senate and are going to be taking 22 days off in the month of April.

And, the Big Red Car sayeth, “You are some lazy bums, Republicans. You are really only going to pretend to work for 8 of 30 days and are going to take 22 days off?”

While I am taking issue with the lazy Republicans, would you indulge me with a couple of other rants? Thank you.

Rant On About Lazy Republicans

You had half a decade to figure out what to REPLACE Obamacare with and you came up with … bupkis? 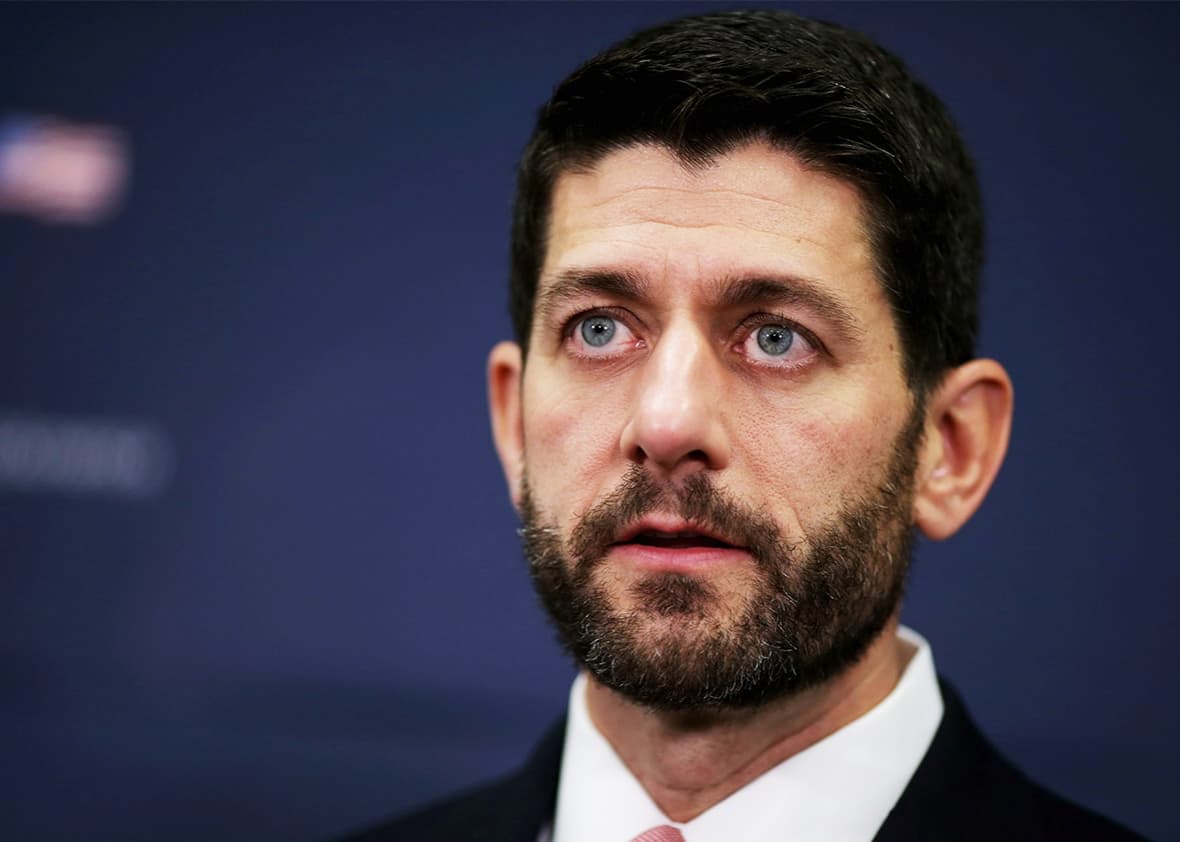 OK, I may have to go back to the Witless Protection look. I really screwed up the repeal and replacement of Obamacare. What was I thinking?

Bupkis translates as “goat droppings” with a distinctive shape. You may translate it however you so desire.

2. Hey, Paul Ryan, you had more than a hundred days to fashion a piece of legislation after you knew President Trump won — even with all the “budget resolution”, three tranche, inside baseball baloney and it came as a surprise that the Freedom Caucus wasn’t on board? [Pro tip: Check with your own caucus first. OK, that’s better.]

Hello, America, Paul, babe — that was your job. We gave you one stinking job — to fashion a clean repeal and replacement of Obamacare — and you were surprised the Freedom Caucus wasn’t genuflecting and kissing your ring?

A week out, you tell the President you “have the votes” and the day of the vote you come to the White House and say, “Uhhh, maybe not. Maybe not, Mr. President.

3. Hey, Paul Ryan, this shit is on you not the President. You suck at your job.

Get your lazy asses back to work.

Is the rest of the country taking a 22 day Easter break? Let me help y’all — NO!

5. OK, Mitch McConnell, you delivered the goods by getting Justice Neal Gorsuch confirmed. Good on you. You can take Monday off, but not 22 days. 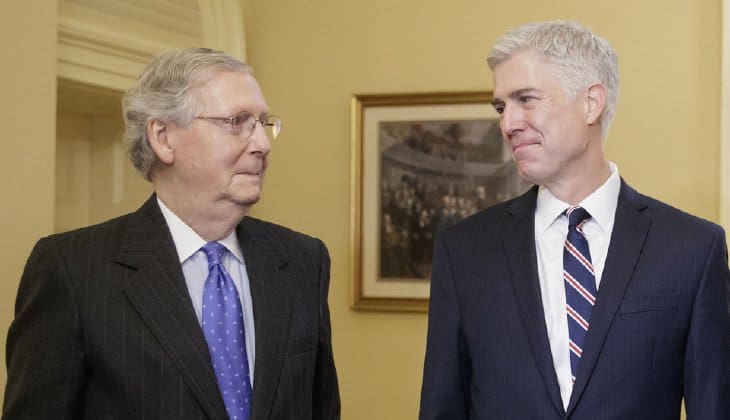 Get your lazy ass back to work and tell your Senate colleagues that Easter is not a 22 day holiday. 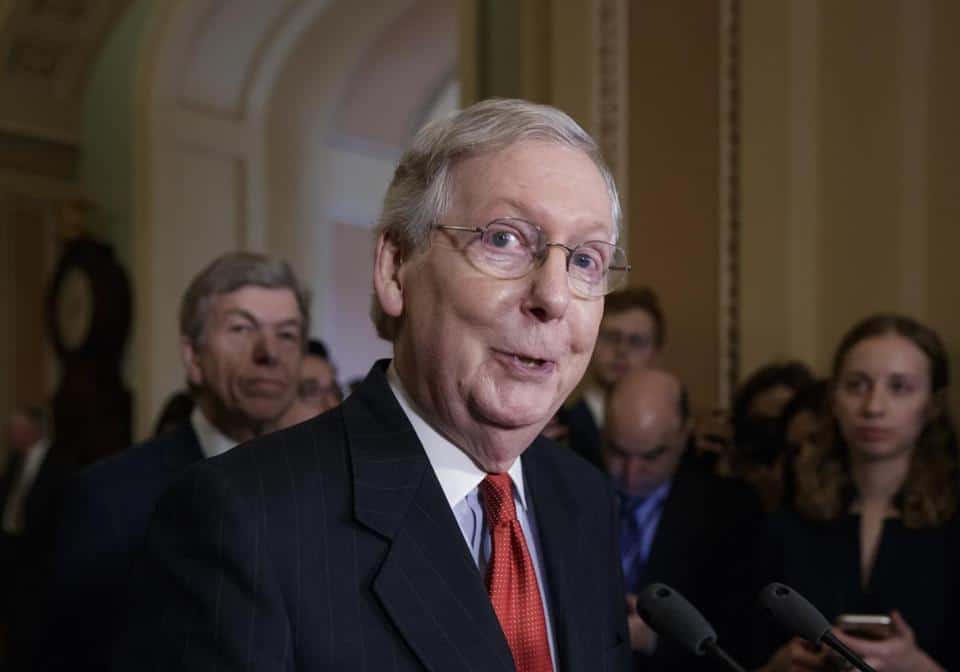 So, Chuck Schumer, how did that barbed enema feel? Plenty more where that come from, pal. I told you “The Senate will confirm Justice Neil Gorsuch on Friday.” Have a great weekend, Chuck.

6. Will you fucking Republicans stop criticizing President Trump for following through on his campaign promises?

He ran on them. He told you what they were. He won on them. He is delivering on them and you snowflakes act like you just discovered them.

7. Hey, Lindsay Graham and John McCain [term limits justifier, no?] — the President of the United States is in charge of foreign policy. Not you two boobs.

He has a Secretary of State — solid guy, by the way — and the President doesn’t need you loose cannons lurching about. If you have something to say, say it directly to the President and stop grandstanding.

8. Will you guys please get together and pass some tax reform. Hasn’t been reformed in more than 30 years. Saddle up and get it done.

Check with President Trump and research what he promised to do.

Rant Off About Lazy Republicans

So, dear reader, there you have it, but what the Hell do I really know anyway? I’m just a Big Red Car. Palm Sunday today, Easter next Sunday. Be good to yourself and reflect upon these times and have some good one while you’re at it. 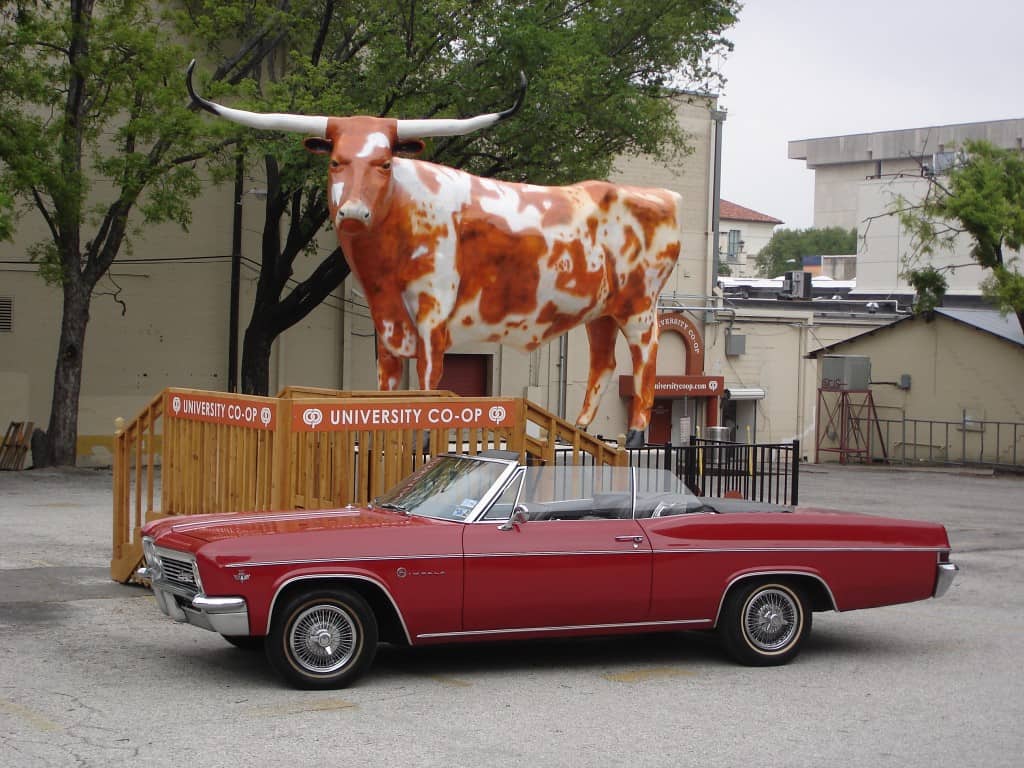 Big Red Car and his pal, Bevo. Hanging at the University Co-op. Sure, it’s a fake Bevo. So what?