So, the Big Red Car scored an exclusive interview with Jim Acosta of CNN. You will recall that he recently was put in timeout by the Trump administration for misbehaving at a Presidential press conference.

In case you don’t know who he is, here is a picture of Jim at the White House before a press conference.

“Dear Diary, look it’s me and President Trump. Wow, look at me. Great hair, huh? Had it styled for today. That son-of-a-bitch Sam Donaldson had a bald noggin and a fake toupee. I have real hair and I’m real news. Real hair. Real news. Jimmy the Reporter Acosta. Yeah!” 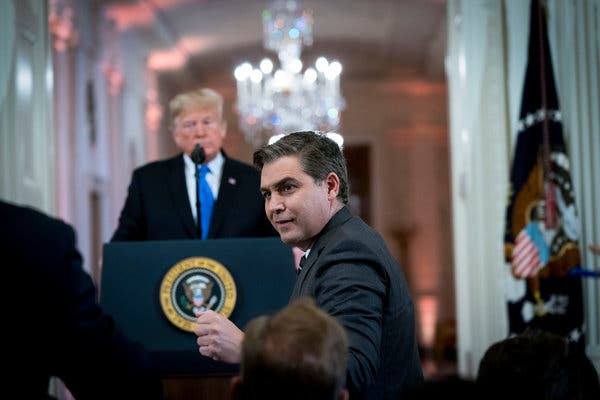 As we are headed to print, a Federal Judge has ruled that too many people are being mean to Jim and that he should get his press pass back because he’s nice enough.

Here’s the interview with Jim Acosta and the Big Red Car.

“So, Mr. Acosta, today is a big day for you. A Federal Judge has granted your request for a Temporary Restraining Order so that the White House has to return your “hard pass.””

“So, Mr. Acosta, do you think that either Sarah Sanders or the President will call on you for a question ever again?”

“Wow, I never thought of that. Nah, they like me. They’re going to call on me. Sure, why not?”

“Well, is there a chance they may not really like you?”

Jim stopped for a second and put his thoughtful face on.

“Nah, people just like me. President Trump may get peeved with me, but at his core, he likes me.”

“Jim, are you being delusional? President Trump hates you.”

“Well, Jim, I want to ask you the questions, but I suspect that President Trump thinks you’re a CNN “fake news” guy and a pain in the butt.”

“Haha, you’re just pulling my leg. He likes me. Everybody likes me. The mirror likes me.” 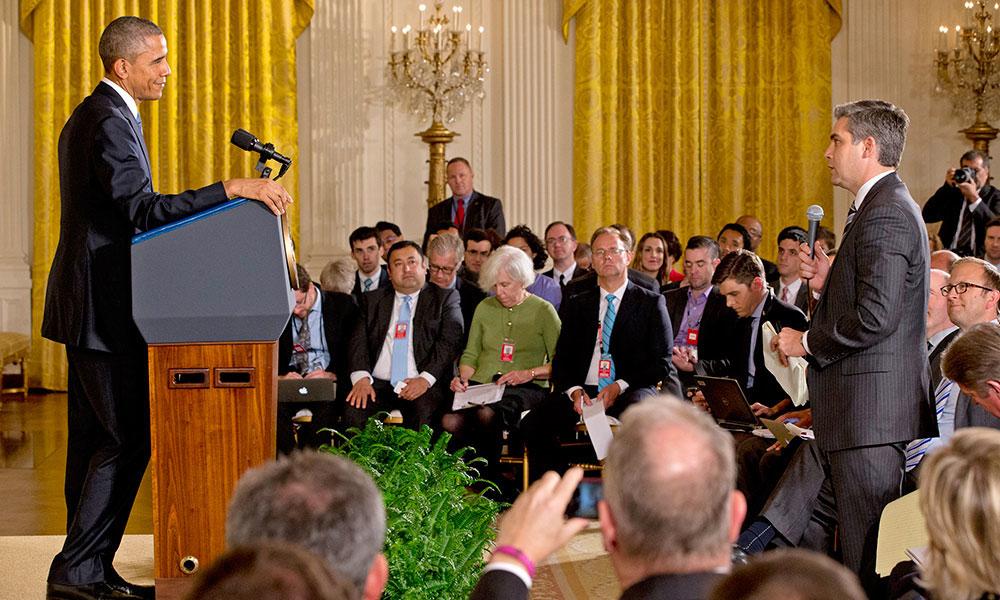 “Jim, are you sure about that? Look at this picture from back in the day with President Obama.”

“President Obama likes me. I know he does.”

“Well, Jim, look at the picture and tell me what you see?”

“Jim, the brown suit? So, Jim, does everybody like you?”

“No. Some people think I’m a hemorrhoid.”

“Jim, you’re a CNN Fake News hack. You said it yourself.”

“We took the liberty of peeking at your diary. Have you seen this?”

It’s Jim again. Another tough day at the White House. Sarah Sanders slapped me around like a rented mule. Told me her four year old is more manly than me. Sheesh!

Gosh, I wish I could get her to like me. I had my hair and nails done, but no sale.

I’m starting to doubt my own mojo. Maybe I really am a CNN Fake News Hack. Am I?

I just don’t know. I want people to like me, but for some reason they don’t; what can I do?

Sorry, Diary, got to go, big meeting at the White House. They do like me. Everybody likes me.

“How did you get into my diary? That’s just for me. I’m going to call my lawyers and sue your ass off, you Big Red piece of crap. How did you do that?”

Jim is calling his lawyer on his cell phone.

The interview, unfortunately, terminated after that exchange. The Big Red Car apologizes to you and to Jim Acosta. As he walked out of the interview, he screamed, “People like me. They do.”